I FAWNED ALL OVER BOOK 1 IN THIS SERIES, AND THIS ONE IS NO DIFFERENT! REMY'S PAINTER; WOLVES OF MANHATTAN 2; BY A.C. KATT IS MORE PERFECTION! I HAVE MY REVIEW, LINKS, AND EVEN AN EXCERPT: 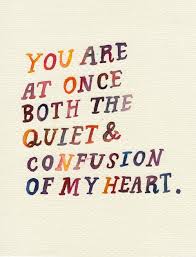 THIS QUOTE IS PERFECT FOR THE WAY REMY MAKES IAN FEEL AT FIRST! HERE IS MY REVIEW:


Ian Sullivan is being chased by a mobster and has to come up with five thousand dollars he doesn't have. His only hope is an estimate for a large house. Little does he know that the house belongs to a loup garou who just happens to be his mate. Ian Sullivan is in trouble. His father and brother died because his brother gambled and owed money to a mobster. Now Sal Ferrara want to collect from him and if he doesn't, he'll take Ian as his boy toy instead. Ian's only hope is getting a job from an estimate his father had outstanding for an seventy eight hundred square foot house. Little does Ian know that the house belongs to a Remy Clavier, a loup garou who meets Ian and knows he's found his mate. Now all Remy has to do is take care of Sal Ferrara and convince Ian, a human, to accept both him and his wolf. 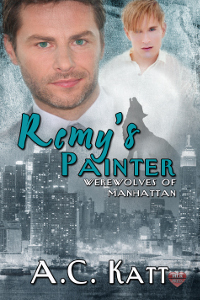 I love a sequel that lives up to the perfection of book 1, well this book does that and more! I love Remy, I get a down to earth quality in him that I gravitated toward! A.C. Katt sure knows how to treat a series!

Remy is thrilled to find out his mate is the painter he hired to paint his massive house, and a few others. He thinks Ian is perfect, but he vows to find out what is weighing on his mate and put an end to it.

Ian doesn't want to be attracted to the beautiful homeowner, but he just can't help it, there is something about the man, but Ian was ruled over and treated poorly by his father for years and now that his father and brother are gone, he vows no one will treat him like a child or worse again.

Ian unfairly inherits his brothers gambling debts, and Sal really doesn't want the money, he wants Ian. Can Remy save his mate, and keep him when he finds out what Remy is?

You will love the answers to these questions and more, and we get to see many of our friends from the first book, which I love when that happens, it is like seeing old friends! Grab this book friends, you will love it as much as the first! Thanks A.C., for making this a sequel more than worth the Wolves of Manhattan name! 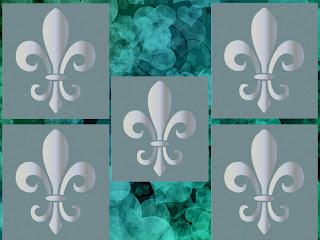 I DID THIS RATING IN HONOR OF A SPECIAL PAINT TREATMENT IAN IS A MASTER OF :) HERE ARE THE BUY LINKS SO YOU CAN SNAP THIS ONE UP!


Friday, the last week in April
The April rain drizzled down on Ian Sullivan as he stood over the caskets of his father and brother. They were killed in a car accident on their way home near an intersection by the Queens-Midtown tunnel. Ian didn't think their deaths were an accident. His brother, William Thomas Sullivan, Junior, owed over a hundred grand in gambling debts to Salvatore Ferrara, a loan shark connected with the local mob. Sal and his minions roughed Billy up once or twice, but the last time they told him to either pay up or else. Billy was frightened and told Ian that he was going to ask their dad for the money. Ian could have told him how fruitless an endeavor that would be.
William Senior had refused and reported the transaction to the police. Their dad was with Billy when the accident occurred. The police labeled the accident as suspicious.
Sal had shown up at the wake on Wednesday night. Worse, the mob still wanted their money even though his brother was dead. "You, kid, your brother owed me a hundred grand. Somebody needs to pay up, so I'll be collecting from you." Sal stared him down.
"I don't owe you any money. Billy did and now he's dead."
Sal shoved Ian against the wall. The funeral home was empty. Ian was the only family member left, so no help was forthcoming.
Ian was scared. "I don't have any money. The house, the accounts, the business, it's all caught up in probate." Ian's voice was thin, reedy.
"You must have some money, kid. You live at home, you work, and have no expenses, I checked. You're going to get the house and the business, take a mortgage, the interest on your deadbeat brother's loan is accruing as I stand here admiring your pretty face. I want to be paid." Not letting go, he squeezed Ian's arm until Ian knew he was going to bruise badly. Then he went for Ian's crotch. Ian rotated his hips out of the way of Sal's hand.
"Billy owed you money. You say I have to pay Billy's debt. I'll try, but I don't owe you that."
"We'll see." Sal leered.
"Please, I told you, everything is in the courts. It will be two months before I see a dime. I don't have any money. What I had, I spent on the funeral." Ian started to shake.
Sal stepped back. Ian's legs were rubbery. He almost fell to his knees.
"I tell you what, kid, I feel sorry for you. You come up with five grand by next Friday as a gesture of good faith then I'll wait for the rest until the house sells, but the chip keeps growing so it better sell fast, or I'll be taking it out in trade." Sal put his hand around Ian's neck and put some pressure on his larynx.
"I'll be here on Friday, and you already know what will happen if I'm disappointed. I'll take you instead of the money."
Ian nodded his head like an automaton. "Friday, I'll give it to you on Friday." Sal left with his goons, and Ian sat down trembling with fear.
Ian was a house painter, just like his brother and father. All of their outstanding jobs were completed, and there was only one customer left that needed an estimate. Ian prayed he would get the job, or he would face Ferrara's goons or worse, Ferrara himself, and he didn't know if he'd make it out alive because he refused to have sex with a man like Sal Ferrara.

UH-OH, JUST YOU WAIT, THIS ONE GETS SO GOOD AND OL' SAL JUST MIGHT GET WHAT'S COMING TO HIM!!! ;P THANKS FOR JOINING ME FOR MY REVIEW OF REMY'S PAINTER, YOU WILL LOVE THIS BOOK, AND THIS SERIES!

at July 09, 2015
Email ThisBlogThis!Share to TwitterShare to FacebookShare to Pinterest