HELLO FRIENDS, I HAVE A TREAT FOR YOU TODAY! I HAVE THE COVER OF THE NEWEST BOOK IN THE TWIN TIES SERIES BY LYNN KELLING, DOUBLE HEAT IS BOOK 3, AND RELEASES AUG. 25TH FROM FORBIDDEN FICTION!! I HAVE THE COVER, BLURB, AN EXCERPT, AND EVEN THE FF PRE-ORDER LINK! LET'S GET TO IT:

When Evan and Brennan moved in with their boyfriends, Alek and Luka, they knew things would be complicated, but as their privacy gets eroded, and people around them begin to notice the tangled nature of the four-way relationship, coping becomes a struggle. After Brennan leaves on a brief trip home, and Evan remains behind to enjoy the full attention of both Alek and Luka, the careful balance of things gets thrown off.
Ex-boyfriends surface, haunting Evan and Brennan in similar ways as regret for poor choices threatens their happiness, and the sexual freedom displayed earlier in their lives draws predators willing to use violence, coercion, mind-games and force to take what they want. Though Luka and Alek struggle to protect those they love, it soon becomes clear that the dangers surrounding them will find ways to rush in, trying to take what belongs to them.
Genres: BDSM, Bisexual, Contemporary, Drama, Gay, GLBT, Romance
Series: Twin Ties
Collections: Seeking Submission, Twin Ties
Editor(s): D.M. Atkins, Rylan HunterProduction Editor(s): Erika L FirancCover Designer(s): Siol na TineCover Art Credit(s): Photo © Ocusfocus | Dreamstime.comProofreader(s): Length: NovelWord Count: 105,000Chapter(s): 35Publication Date: (Day-Month-Year) 25-08-2015Serialization Date: (Day-Month-Year) upcoming 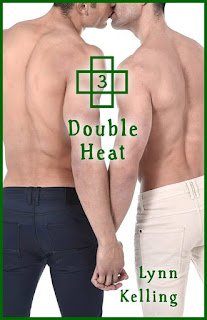 NOW THAT IS AWESOME! LOVE IT! HERE IS THE PRE- ORDER LINK:

ORDERING A GREAT BOOK AND EARNING POINTS TOO, WOW PRETTY AWESOME!! HERE IS AN EXCERPT FOR YA!


“Why isn’t he answering?!” Evan descended straight into panic mode, wanting to tear his hair out. Everything—with Drew, with his worries about being honest with the twins, with his worries about Brennan—twisted into a knot that he couldn’t think around. It was an ache in his chest, pressure squeezing his throat, and a clammy chill on his skin. He became aware, slowly, of other aches in his body, like he’d taken a bad fall or something and had bruises all over. And, bizarrely, there was an ache in his arm. Underneath it all, there was fear. “Something’s wrong. I can feel it. Do you hear me? I can feel it!”
They were all standing in the living room. Carter and Presley both had expressions like they didn’t know what they’d walked into, and now had no idea how to help.
Alek had been pacing when Evan had opened the door. Now, he walked over to Evan and pulled him into a tight hug. “We tried calling him after I got off the phone with you. Then these guys showed up, saying they hadn’t gotten Brennan to answer their calls for the past two days either. And we’d been talking about the store—me and Luka. I can’t remember Drew’s last name, or the car he drives. I should have checked, made sure… I didn’t like what he’d said, or how he’d said it, and… But it doesn’t matter. It was just a weird coincidence. We don’t have any contact with him anymore. It’s been years.”
Luka was standing there, hands on his hips, his mouth tight, his eyes staring at nothing. He looked like he wanted to punch a wall. Presley was trying to talk to him, but Luka was almost unresponsive with the degree of his unease and stress.
“Dude, he’s fine. He’s gonna be fine,” Presley was saying.
OH YEAH, THIS IS GONNA BE GOOD! THANKS FOR JOINING ME FOR THE COVER REVEAL, AND DON'T FORGET TO GRAB UP YOUR COPY NOW GUYS! :) 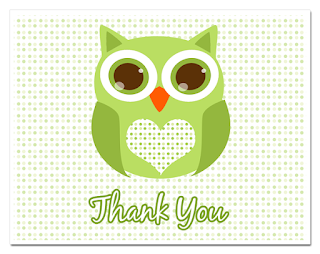 be fine,” Pr
at July 25, 2015
Email ThisBlogThis!Share to TwitterShare to FacebookShare to Pinterest