HEY THERE FRIENDS, I AM BEYOND EXCITED FOR THIS RELEASE DAY, SINK OR SWIM, SURF BAY #5 BY ASHLEY JOHN IS HERE! I HAVE TO SAY THIS IS MY FAVORITE OF THE SERIES, BECAUSE OF THE HEART AND SOUL SHINING OUT OF IT, OK ENOUGH OF THE REVIEW IN THE INTRO ;p! BELOW YOU WILL FIND MY REVIEW, BUY LINKS AND THE GOODREADS LINK, AN EXCERPT, AND AUTHOR INFO AND LINKS, ENJOY FRIENDS! 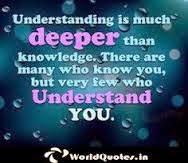 YES! JUST YES, THIS IS PERFECT FOR THIS STORY! HERE IS MY REVIEW:


(*This is 5th book in the Surf Bay series. It is an origin story for Finley and *not* a HEA romance novel (although it does have romance elements). It is recommended that you have read the other books in the Surf Bay series first, although this CAN be read as a standalone (no cliffhanger) or as a prequel to the rest of the series*)
Framed for a crime he didn’t commit, British teenager, Finley, is given a fake passport and forced to forget the life he’s always known. When he arrives in Surf Bay, he meets his uncle, Monroe, and he learns his time in America isn’t going to be a vacation. From the second his plane hits the ground, he is dragged into a world of organized crime, working under his uncle’s wing.He is forced to share a tiny apartment with another of Monroe’s employees, Jay, and they soon become puppets, acting out Monroe's terrible crimes, side by side. When their work starts to become increasingly more dangerous, Finley is torn between his need to obey his uncle and his need to protect Jay.As his life spirals out of control, he falls deeper and deeper into a world filled with money, crime and power and his only form of escapism is in his growing love for Jay.Can Finley resist the lure of a life-changing proposition from his uncle, while still protecting the one he loves, or will he make sacrifices, which could change the course of his life, forever? 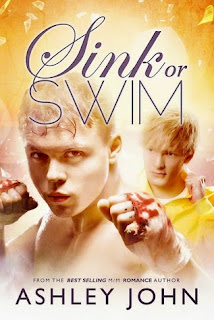 I debated long and hard how to start this review, but I decided it should be with a thank you, so thank you Ashley John, for not playing it 'safe' with a traditional happy ending, and giving a character that isn't the most popular 'kid on the block' a back story so that we can at least understand him better. You took a chance, one that I can see paying off greatly, and for that I am eternally grateful!

As I said in the intro, this book became my favorite in the series right as I finished it, not because I came to love Finley as a person, but because I came to understand him and saw that a lot of his actions are simply to guard his heart. The pain and heartache of his past causes walls to form that will be hard to tumble.

There is so much that happens to Finley, and I won't spoil it for you, but I will say that the life he is forced into isn't the one he should have been living at all, and it seems that sometimes Jay is the only thing that carried him through, the more involved he gets in the seedy crime world, the more he needs Jay to ground him.

There is no conventional HEA to this story, but I think it would've been wrong if there was, this isn't to suddenly make Finley a wonderful person, which would have totally not worked. It is to make you understand him more, and make you see that maybe in the future, the right person could turn him around, maybe not, but that door is left open, and what a brilliant move that was on Ashley John's part!

You just have to read this book friends, you will be most glad you did, and while not the traditional surf bay story, it is certainly my favorite of the series so far! Thank you Ashley John, for having the courage to go out of the box for the sake of a story that so needed to be told! 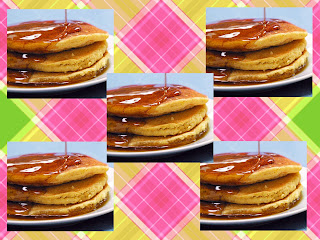 the 5 stacks of pancakes with extra syrup rating

I HAD TO DO THE PANCAKES RATING IN HONOR OF A VERY CREATIVE DISTRACTION! HERE ARE THE BUY LINKS AND GOODREADS LINK FOR THIS ONE:


AND NOW FOR AN EXCERPT OF THIS BRILLIANT STORY:

In the late morning sun, Finley kicked off his flip-flops, dipping his toes into the cool ocean foam. Awkwardly, he looked over his shoulder as Jay played with the settings on his camera. People were already settling onto the beach and surfers were running into the waves, boards over their heads.
“I can’t do this,” Finley mumbled, “it’s embarrassing.”
“It’s not embarrassing, it’s art,” Jay didn’t look up from his camera, “nobody will be staring at you.”
He wasn’t too sure about that. Porter was still standing on his deck across the beach, watching them with intrigue.
“No, really, I can’t,” Finley stepped back, holding out his hands, “this is too much. This isn’t me.”
The old version of him, the one he’d left behind in England, would have laughed at him for even entertaining the idea. Before he’d touched the gun, he was pretending to be the macho, tough guy. He was denying the feelings he had inside, to fit in with the rest of his family. Somehow, he’d lost all of those fears as he crossed the Atlantic Ocean. He still had Monroe to worry about, but not in the same way. He didn’t need to worry about ‘disappointing’ a family, who had raised him to be a stereotype since birth.
He’d been raised to be the clone of his father, a criminal, a con-man. He thought the good thing about leaving and starting a new life in the States, would mean he’d get away from that life but somehow, he was slowly becoming that man anyway.
Was it his destiny? Did they pick Surf Bay because it was far away, or because Monroe would keep him on the track they’d trained him for?
Despite all of that, there he was, standing on the edge of a never ending ocean, with a man in front of him, who did things to his insides he’d never experienced.
He didn’t want to do the photo-shoot but he also didn’t want to do most of the things he’d been made to do since he’d arrived in town. At least this way, he’d be doing something against his will to make somebody he cared about, happy, rather than to carry out somebody else’s dirty work.
“I’ll do this under one condition,” Finley planted his hands firmly on his hips.
“What? You’re already doing it! No conditions!”
“Hear me out.”
Jay sighed, dropping the camera to his side for a moment, copying Finley’s stance, “What do you want? Blow jobs? Because let me tell you, that thing you have is far too -,”
“No!” Finley waved his hands, “I want you to show your pictures to somebody.”
“I already have,” he shrugged, “I showed you.”
“Somebody else. You mentioned a gallery in the town hall. I want you to try and get your pictures in that gallery.”
“Finley –,”
“Jay,” Finley cut in, “Just promise me you’ll try. You’re too good to be under a bed for the rest of your life.”
He could see Jay arguing with himself in his head. He was struggling between his desire to photograph Finley and his fear of having his work judged. He opened and closed his mouth a couple of times, each time, sighing and huffing out his chest, as if a tantrum was brewing.
“Fine!” he cried, “Will you let me take your Goddamn picture now?”
“Just tell me what to do,” he scratched the back of his head, “don’t leave me hanging.”
“Don’t worry,” Jay held the camera up to his eye, and clicked, the flash almost blinding Finley, “I can tell you’re going to be a natural.”
“I wasn’t ready that time!”
He clicked again, and again, leaving Finley standing there, more and more terrified each time the bright light burned his eyes.
“You’re not going to pose,” another picture, another flash, “just be you. Be Finley. Be the person I see, not the person you want people to see.”
For a second, that statement puzzled him but after a second of thinking, he understood it perfectly.
Jay saw through every act, every wall, to see the person he was deep down. He saw the person behind the fake passport, without even knowing the full story. He didn’t seem to care that Finley was hiding things from him, but that didn’t matter to Jay.
That’s why he cared about him.


YUP, THIS BOOK IS THAT AWESOME! HERE IS SOME INFO ON ASHLEY JOHN AND A FEW OF HIS LINKS TO GET IN TOUCH:

Ashley John is a 21 year old author, from the North of England. His writing journey started in June 2014, when he left his job at McDonalds to write and self-publish his first novella, The Secret. The Secret quickly went to the top of the Gay Novella chart on both sides of the Atlantic, cementing Ashley John’s place in the genre. Two more novellas followed after The Secret (The Truth and The Fight), forming the popularGeorge & Harvey trilogy.
His writing grew from strength to strength and his honest and passionate style developed with each book he published. Lost & Found, his first full length novel, was self-published in September 2014, making it to the top of the UK Gay Romance charts (and the top 5 in the US).Lost & Found was to become the first book in the Surf Bay series, the series most of his fans know and love him for.
He writes romance as it is in real life. Difficult. His stories are often described as heart-wrenching, drama filled and emotionally draining, but that’s what his readers love about him. Each of his stories have a deep and emotional core, running through them, which will never fail to tug at your heart strings. For Ashley John, writing is a free form of therapy, because he puts so much of himself and his life into his books.
Ashley John lives with his fiance, Reece, and their two babies/cats, Jeremy and Jinx. Ashley’s creativity doesn’t just stop at his writing, because he is also a keen artist and designer. He uses his distinct style to design all of his own book covers, and he also loves to draw and paint (when he has the time!).
MAN THIS GUY CAN EVEN WRITE A GREAT BIO! I URGE YOU TO CLICK ON THE BOOK NAMES IN RED FOR THE LINK TO AMAZON! HERE IS THE LINK TO ASHLEY'S AMAZON PAGE SO YOU CAN TAKE A LOOK AT ALL HIS BOOKS, AND GRAB THEM UP ( ALL 5 STARS, I HAVE REVIEWED THEM ALL ;P), ALSO HERE ARE HIS WEBSITE AND FACEBOOK LINKS:
ASHLEY JOHN WEBSITE
ASHLEY JOHN FACEBOOK
ASHLEY JOHN FACEBOOK AUTHOR PAGE
ASHLEY JOHN AMAZON AUTHOR PAGE
THANKS SO MUCH FOR JOINING ME FOR MY REVIEW OF SINK OR SWIM, I KNOW YOU WILL LOVE THIS ONE AS MUCH AS I DID, DON'T FORGET TO JOIN ASHLEY JOHN AND I FOR HIS FACEBOOK CHAT TONIGHT, IT PROMISES TO BE A LOAD OF FUN, CLICK ON THE BANNER BELOW TO TAKE YOU TO THE EVENT PAGE, HOPE TO SEE YOU THERE! :)

at May 28, 2015
Email ThisBlogThis!Share to TwitterShare to FacebookShare to Pinterest