PIECE US BACK TOGETHER BLOG TOUR STOP!!

HELLO FRIENDS, I HAVE A TREAT FOR YOU TODAY, WHAT ABOUT THREE BOOKS IN ONE? I THOUGHT YOU MIGHT LIKE THAT! PIECE US BACK TOGETHER, OUT MAY 20TH, INCLUDES BOOKS BY RAINE O'TIERNEY. CATE ASHWOOD, AND L.J. LaBARTHE. I WILL HAVE INFO AND A BRIEF REVIEW FOR EACH BOOK, ALONG WITH SALES LINKS FOR THE TWO BOOKS THAT ARE ALREADY OUT, AND PRE-ORDER LINKS FOR THE LAST BOOK AND THE THREE BOOK SET, AN EXCLUSIVE EXCERPT AND EVEN A RAFFLECOPTER GIVEAWAY, SO LET'S GET STARTED:

Life can seem bleak for people suffering devastating injuries or illnesses of the mind and body, and every day can be a struggle. But sometimes, when hope seems in short supply, they find a reason to keep up the fight. The men in these stories face some of the most difficult challenges imaginable, but fortunately they won’t be facing them alone, because when everything seems darkest, a point of light appears. With compassion, understanding, and love, these hurt souls have a chance to piece the broken parts of their lives and themselves into something strong and beautiful. Love might even be able to mend the most serious wounds of all—those of the heart.

PIECE US BACK TOGETHER PRE-ORDER LINK

THIS IS PERFECT FOR ALL OF THESE BOOKS, LET'S TAKE A LOOK BOOK BY BOOK!


ALL THAT SHIMMERS: RAINE O'TIERNEY:


Beau Bell is a former Olympic hopeful, left paralyzed from the waist down after a car accident. He has every reason in the world to be pissed off and miserable, yet he’s training for the Paralympics Men's 100m—S6 division. The chair? Just a part of who he is now. Beau's attitude is golden. If only he could contend with this one little issue: errant erections and no way to relieve them!

Nikša Meríc is a lonely scientist and really bad poet living underneath the old building where he does his research. Every night he watches his neighbor through his basement window as he undresses in his wheelchair. Although there is no apparent reason for Nikša to be unhappy, he’s struggled with depression his whole life and has tried to kill himself on multiple occasions.
When Beau proposes that his “voyeur” come over and help him experiment with the erections he can’t actually feel, the relationship they build is a sexual one. But the relationship they need is one that will heal each other’s heart as well.

Raine O'Tierney has done it again, I found myself falling into this short story that was so well written it just draws you in! Bo is ready to find life after an accident left him paralyzed and his ex left him high and dry. He is ready to test the waters of a relationship (at least sexual) again.

Niksa is living with depression that might not make sense to others, but is very real to him, he notices his neighbor getting undressed in front of the window and that starts him wanting something he never thought he would have.

These two are beautiful together, and what starts as experimentation quickly turns to something these men need and find they now don't want to live without! I love both of these men, Bo's spirit and will to keep swimming, and Niksa's broken spirit that only one man can heal!   *5 Stars*

ALL THAT SHIMMERS BUY LINK


HERE IS A BIO ON RAINE AND HER SOCIAL LINKS:


Raine O'Tierney lives outside of Kansas City with her husband, fellow Dreamspinner Press author, Siôn O'Tierney. When she's not writing, she's either asleep, or fighting the good fight for intellectual freedom at her library day job. Raine believes the best thing we can do in life is be kind to one another, and she enjoys encouraging fellow writers! Writing for 20+ years (with the last 10 spent on M/M) Raine changes sub-genres to suit her mood and believes all good stories end sweetly. Contact her if you're interested in talking about point-and-click adventure games or about which dachshunds are the best kinds of dachshunds!

After suffering a torn rotator cuff in his left shoulder, Garrett believes his life is over. Depressed, bereft, in pain, and unable to return to the career he loves as an arborist, he sees no hope or future for himself. But a trip to Havelock Island in India turns his world upside down. He meets Jai, an Indian nurse, and becomes smitten with him. Near the end of his trip, while swimming with an elephant, he tells Jai how he feels.


After Garrett returns to Australia, he wonders if he can ever be healed of all his pain—physical, emotional, and mental—and fears that love and romance will never be his again. But then Jai turns up in Perth and brings with him astonishing news.

This is my first book by L.J., and I loved it so much! It is hard to fit such passion into a short story, but this author does it so well! You will get swept up in this story, I promise!

Garrett is convinced his life will never be as good as it once was after an injury sidelines him from his job, when his physio therapist suggests he go to a private (and pretty pricey) clinic in India, he agrees, esp. after seeing the picture of the elephant swimming in the brochure.

Jai is a nurse at the clinic and he and Garrett hit it off  straight away, making the time at the clinic very enjoyable. I loved the amount of chemistry that was evident in this story, even at the first meeting of these two, it is a talented author that can make you feel the chemistry between two characters so strongly!

Toward the end of his stay at the clinic, during a swim with two elephants, Garrett tells Jai how much he has come to mean to him. After he returns to Australia the two stay in touch through Skype, but is it enough? Then Garrett gets a surprise visit and is delighted to find out it may not have to be enough after all!  *5 Stars*

HERE IS A BIO ON L.J. AND HER SOCIAL LINKS:


L.J. LaBarthe is a French-Australian woman, who was born during the Witching Hour, just after midnight. From this auspicious beginning, she went on to write a prize-winning short story about Humpty Dumpty wearing an Aussie hat complete with corks dangling from it when she was six years old. From there, she wrote for her high school yearbook, her university newspaper, and, from her early teens to her twenties, produced a fanzine about the local punk rock music scene. She loves music of all kinds and was once a classical pianist; she loves languages and speaks French and English and a teeny-tiny smattering of Mandarin Chinese, which she hopes to relearn properly very soon. She enjoys TV, film, travel, cooking, eating out, abandoned places, urbex, history, and researching.
L.J. loves to read complicated plots and hopes to do complex plot lines justice in her own writing. She writes paranormal, historical, urban fantasy, and contemporary Australian stories, usually m/m romance and featuring m/m erotica. She has won a Rainbow Awards Honorable Mention and another award for Best Historical Gay Novel.
L.J. lives in the city of Adelaide, and is owned by her cat.


Carter McClintock’s life is uncomplicated. For the past five years, he’s spent so much time in hospital scrubs that one day bleeds into the next, and that’s just the way he likes it. That is, until he meets Matthew Nolan. Carter has never had a patient affect him the way Matthew does. During Matthew’s stay in the hospital, the chemistry is unmistakable, and once he is discharged, Carter asks him out.
Despite the obvious attraction between them, Matthew’s HIV status keeps him from handing Carter his heart, refusing to believe anyone could ever truly want him. When Matthew’s past comes to light, their budding relationship is threatened before it has even begun. But Carter isn’t one to give up without a fight and he will do anything to show Matthew the lengths he will go to keep them together.

Let me start this book by saying, I want a Carter! Haha that out of the way, I loved this book, the storyline and delivery are spot on!

Carter is a nurse, and when he goes into Matthew's room to draw blood, he feels himself drawn to Matthew. Carter and Matthew get closer during Matthew's hospital stay, and begin to see each other when he goes home.

Matthew tells Carter the reason he was in the hospital, and the story behind it, and if he thinks that will make Carter stay away, he has another thing coming. There are people that don't want these two together though, will they succeed in tearing these two men apart?

This is a powerful story about love and the fact that when two people really love each other, they can work through any hardships they may have to stay together.

NOW FOR A BIO AND SOCIAL LINKS FOR CATE:


Cate Ashwood wrote her very first story in a hot-pink binder when she was in the second grade and found her passion for writing. Her first successful foray into romance writing came five years later when she wrote her best friend, who was experiencing a case of unrequited love, her own happily ever after.
Cate’s life has taken a number of different and adventurous roads. She now lives a stone’s throw from the ocean, just outside of Vancouver, British Columbia with her husband, her brand new little boy, and her two cats. Her life is filled with family and friends, travel, and, of course, books.

HERE IS THE INFO FOR THE REST OF THE BLOG TOUR MAKE SURE TO CHECK OUT THESE STOPS:

Rafflecopter Prize: One e-copy of each book in the anthology (to one winner) CLICK THE RAFFLECOPER PIC BELOW TO ENTER, GOOD LUCK FRIENDS!

THANKS FOR JOINING ME FOR MY BLOG TOUR STOP! HAVE A GREAT ONE FRIENDS, SEE YOU NEXT TIME :) 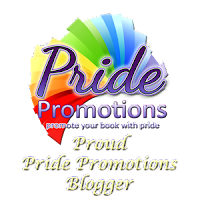 at May 13, 2015
Email ThisBlogThis!Share to TwitterShare to FacebookShare to Pinterest