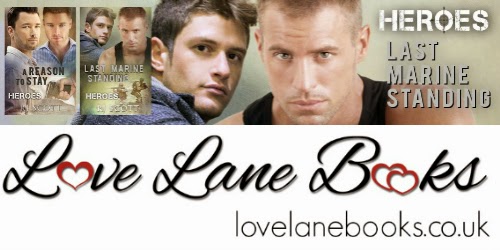 We are thrilled to spotlight Author RJ Scott.  She's known by many of you already I'm sure!  She's written so many beautiful stories and received awards for some of her works.  We want to talk to you guys today about the release of her newest book in the Heroes series.   We'll include a summary of the book, also an excerpt and review by Becky.  Below is also a little more info on RJ which we're glad to share with you all.  Don't miss the GIVEAWAY at the bottom of the post either!

So lets talk about the new book!! 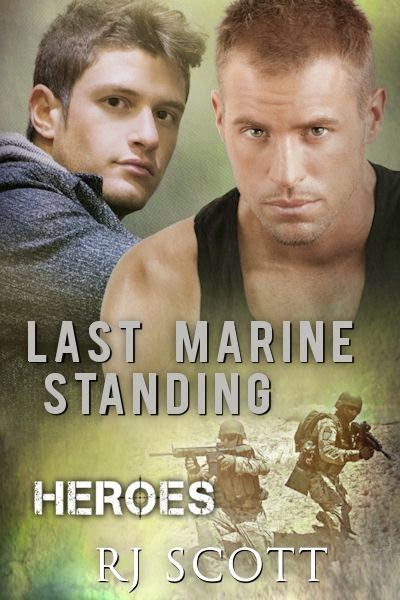 Book two in the Heroes series.
(Book 1 - A Reason To Stay)

For all buy links when they become available click here:


When the people you trusted turn on you, when you are the last one standing, should you take your secrets to the grave? Or make the murderers pay?

Former Marine Recon, Mackenzie ‘Mac’ Jackson has secrets. The things he did for his country, the things he saw, must never be spoken about. Until that is, his team is targeted.

A shift in political alliances means one particular mission undertaken by Mac and his Fire Team needs to be wiped from the history books. Starting with the team itself.

Forest Ranger, Samuel Larson III wants to find the Marines who saved his life. He just wants to say thank you. What he can’t know is that he's walking into a firestorm of betrayal and murder.

When Samuel arrives at Mac's place he throws Mac's plans for hiding out of the window. Abruptly Mac has to protect a man that threatens his heart, only this time he can't be sure he will succeed in keeping Sam alive.

Here's what Bec had to say about it!


This is the second book in the Hero's series by Rj Scott, and I will say I enjoyed this one as much as the first! This book will grab and hold your attention from the first line, and you will find yourself wanting answers, but not wanting the book to end. I am a big fan of Rj's and one of the reasons is her wonderful talent with character development. I love Samuel, and want to hug him! That is a testament to a great author! Thanks for this one Rj, can't wait for your next offering!


RJ Scott has been writing since age six, when she was made to stay in at lunchtime for an infraction involving cookies. She was told to write a story and two sides of paper about a trapped princess later, a lover of writing was born.

As an avid reader herself, she can be found reading anything from thrillers to sci-fi to horror. However, her first real true love will always be the world of romance where she takes cowboys, bodyguards, firemen and billionaires (to name a few) and writes dramatic and romantic stories of love and passion between these men.

With over sixty titles to her name and counting, she is the author of the award winning book, The Christmas Throwaway. She is also known for the Texas series charting the lives of Riley and Jack, and the Sanctuary series following the work of the Sanctuary Foundation and the people it protects.

Her goal is to write stories with a heart of romance, a troubled road to reach happiness, and most importantly, that hint of a happily ever after.

Bear put his hand on his hip and sashayed a little, which looked ridiculous.

Mac shoved him. “I will kill you.”

Bear squared his shoulders and smirked. “You could try.”

Mac weighed the pros and cons. Bear certainly lived up to his nickname—broad, strong, straining the damn fatigues—but Mac knew his teammate’s weaknesses. He estimated he could take him in about five minutes, but he’d probably get a few broken bones in the process. He relaxed his stance, ready to go toe to toe with Bear, but Spider put a hand between the two men.

Mac shot his friend a shocked look. Did Spider really think the best thing for the poor kid in the bed was to have some idiot go in and tell him everything would be okay? “That doesn’t mean he needs one of us to talk to him,” he asserted.

Bear crossed his arms over his impossibly broad chest. “You saw what they did, heard what he said. One of us should say something. Threaten to go kill someone or something.”

“We already killed everyone who hurt him,” Spider said evenly. “No one left to shoot.”

at October 22, 2014
Email ThisBlogThis!Share to TwitterShare to FacebookShare to Pinterest