WHAT WHO WRITES IS READING: AISLING MANCY

HEY THERE GUYS, I AM SO EXCITED TO BRING YOU THIS WEEKS WHAT WHO WRITES IS READING POST! YOU ARE GONNA LOVE THE POST THIS WEEK! AISLING MANCY IS HERE TO TELL US ABOUT HIS FAVE BOOKS! LET'S GET TO IT!! 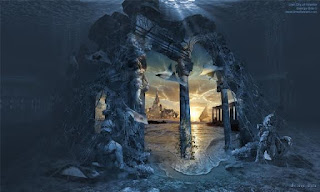 
Timaeus and Critias, Dialogues by Plato
and the Myth of Atlantis

I’m currently writing a novella to be included in an anthology edited by Bénédicte Girault to benefit the Trevor Project. The story is a romance and centers around underwater ruins. In performing research, I was sure to encounter the subject of Atlantis, the most famous of all mythical civilizations. In studying Atlantis, it is important to know what Atlantis is not.

The myth of Atlantis (Greek, Atlas) stems from two Dialogues written by Plato in 360 BC, Timaeus and Critias. The dialogues speak of an island utopian society destroyed by a cataclysm of some sort. It is correct that these Dialogues represent the written record of the myth of Atlantis, but it is incorrect that they are the source of the myth. Egyptians told the story of Atlantis to Solon, one of the seven sages of ancient Greece, during one of his pilgrimages to Egypt. The Egyptians showed him several records of antiquity speaking to the incomparable power and prestige of the utopian empire which dominated the world 9,000 years before; and further pointed out that the Greeks had been wiped off the face of the earth alongside the people of Atlantis, with whom they were at war. Few survived, and the Egyptians purported that this is why Greeks had no memory of Atlantis. Solon passed the story on to Socrates. Socrates was Plato’s mentor, and one night at a dinner party when Plato was a youngster, he snuck in to listen to the tale told by Socrates. He recounts Socrates’ retelling of the myth in these Dialogues. It is important to note that the hieroglyphs of Egypt represent some of the most accurate historical records in existence today (and the story of Atlas does not mention the Atlantic Ocean).

In 1453, the Turks invaded the Holy Land cutting off Spain’s land-faring trade routes with the Far East. Along came Christopher Columbus who had a secret desire to find Atlantis. Under the auspices of finding seafaring trade routes for King Ferdinand and Queen Isabella, he sought to find Atlantis and, instead, bumped into the Americas. But his belief that Atlantis was in the Atlantic Ocean lingers in the myth today.

In 1665, Don Carlos de Sigüenza, set out to demonstrate that his Mexican ancestors had formed a civilization to rival Rome by proving that the pyramids of Teotijuacan were like those of ancient Egypt. To make a long story short, he ultimately believed he’d found Atlantis because the wipeout of the Teotijuacan civilization corresponds to the biblical prophecy that people disbursed around the globe after the flood, the flood purporting to correspond to the destruction of Atlantis. (No mention of Noah’s animals.) But his belief that Atlantis was destroyed by a flood lingers in the myth today.

In the 17th century, a dude named Sir Francis Bacon writes a fable entitled The New Atlantis. This is the first reworking of Plato’s Dialogues and sparks renewed interest in the search for Atlantis. In this fable, he ascribes advanced technology to the people of Atlantis. From this point forward, people believed Atlantians were extremely advanced, so much so as to exceed the advancements of today.

Along comes John Dee, a magician and astrologer to Queen Elizabeth who, through crystal gazing and a series of horrifying occult experiments, claims he can communicate with the spirits of Atlantis. From this point forward, people believed the Atlantians were to have had all sorts of special abilities such as mindreading, prescience, etc.

In 1870, a French guy by the name of Jules Verne writes a fabulous tale, 20,000 Leagues Under the Sea, and credits the story to the myth of Atlantis. At that time in history, most people didn’t know how to swim, hadn’t been in the ocean, but somehow knew sea monsters existed that may eat ships and most certainly ate people. Verne paints a picture of a utopian society beneath the sea (no sea monsters included). From this point forward, people believed Atlantians lived beneath the sea.

Around the same time, German businessman, Heinrich Schliemann, discovers the ruins of Troy by reading a literal translation of Homer. Homer’s works are fiction, but Schliemann’s discovery confirms the fact that all fiction is based in some truth. From that point forward, people deemed Plato’s Dialogues to be a reliable source to locate Atlantis.

In 1880, loser politician, Ignatius Donnelly, finds himself with time on his hands and, galvanized by Schliemann’s find, becomes obsessed with finding Atlantis. He performs all manner of armchair exploration and learns a mountain range stretches from Iceland to South America deep beneath the Atlantic Ocean, the highest peaks of which are the Azores and Canary Islands. Thereafter, people believed one could walk from Egypt to South America at one time and this explained how like pyramids, cultures, hieroglyphs, etc. ended up on opposite sides of the globe. He writes a pseudoscientific book, Atlantis, the Antediluvian World, and has now added fodder to the idea that Atlantis was once above the sea, but sank into the depths during a flood.

Around the same time (1873), Helena Blavatzky, a penniless Russian grandmother, self-proclaimed occult guru, and confirmed nutcase, alleges that only Arian Hindu’s retain Atlantean racial superiority and are the oldest people in the world. It is her attribution of a fair complexion and blue eyes to the people of Atlantis that survives in the myth today. The Third Reich later seizes upon this idea. You know that story, so I’ll move on.

In 1899, archeologist Arthur Evans unearths the remains of a hidden civilization on the island of Crete. These mysterious sea-trading people worshipped the bull, built labyrinthine buildings, and painted incredible frescos. Having nothing to do with Atlantis, this civilization was named Minoa (after Greek mythological figure King Minos, who happened to be the father of the minotaur). What is unique about this civilization is that it demonstrated highly advanced water technology thus lending to Sir Francis Bacon’s theory of Atlantians having advanced technology. Minoans are the single greatest mystery in all of classical history. We don’t know where they came from or what happened to them.

Thirty-five years later while excavating on the island of Santorini, Greek archeologist, Spyradon Marinatos, uncovers a mysterious civilization buried beneath thirty feet of volcanic rock lending to the idea that the destruction of Atlantis occurred as a result of a massive volcano eruption and not a flood. He excavates the village in 1967 and headlines around the world read “Atlantis Found!” This civilization was not that of Atlantis and was named Akrotiri. Yet, anyone who lives on Santorini will tell you that the beloved island is Atlantis. js.

Along comes another clairvoyant who claims Atlantis will rise from the Caribbean island of Bimini in 1968 or so. Expeditions occur only to learn that many Spanish Galleons wrecked on the coral reefs and dumped giant Corinthian stones used for ballast, thus creating what is now known as the undersea Bimini Road, and not a long lost road of Atlantis. This story adds more fodder to Atlantis having sunk into the Atlantic sea.

What is important to note from the above is that each event involving Atlantis has added something to Plato’s original description of nothing more than an island utopia destroyed by a cataclysm.
All fiction is, in part, based in truth, and everyone reads the accomplishments and reasons for destruction of Atlantis differently. As people, we tend to project the things we most admire (highest aspirations), and at the same time, the things we’re most afraid of (dangerous fantasies of perfection). All said, we can’t resist the notion that somewhere in the gloomy deep, Atlantis exists. As with Heinrich Schliemann who found the ruins of Troy by reading a literal translation of Homer, I’m rereading Plato’s Timaeus and Critias Dialogues with a new perspective merely to satiate curiosity.

Stay tuned for my upcoming One-eyed Jack series for a glimpse into mysteries of Gaelic myth, the Mabinogion, and the preternatural! Sea gods, shifters, and fae, oh my!

OMG! THIS IS AN AMAZING POST! AND I DON'T KNOW ABOUT YOU, BUT I CAN'T WAIT FOR THE ONE EYED JACK SERIES AND WHATEVER ELSE AISLING HAS IN STORE FOR US! BELOW IS A BIO FOR AISLING AND SOCIAL LINKS:

Ash is an author who lives, most of the time, on the West Coast of the United States. Ash writes adult fantasy, science fiction, adult romance, and fiction for gay young adults as C. Kennedy.

Raised on the mean streets and back lots of Hollywood by a Yoda-look-alike grandfather, Ash doesn’t conform, doesn’t fit in, is epic awkward, and lives to perfect a deep-seated oppositional defiance disorder. In a constant state of fascination with the trivial, Ash contemplates such weighty questions as If time and space are curved, then where do all the straight people come from? When not writing, Ash can be found taming waves on western shores, pondering the nutritional value of sunsets, appreciating the much-maligned dandelion, unhooking guide ropes from stanchions, and marveling at all things ordinary.

Find Ash on blog, Twitter @AislingMancy, Facebook, Google+, Goodreads, Booklikes, Amazon, and Ash does respond to emails because, after all, it is all about you, the reader.

HERE IS SOME INFO ON AISLING'S LATEST BOOK, SLEIGHT OF HEART:

About Sleight of Heart

Lord Taliesin Solitaire was born albino, cursed mute by the fey, and betrayed by a vampire lover. For two hundred years the vampire mage has vowed never to love again and has only used sex as a means to a meal. Until a palm-reading gypsy finds himself in peril and Taliesin can’t resist rescuing the beautiful young man.

Pesha is the eldest but smallest son of King Vaida Sinclair, the oppressive ruler of the Kåle Romani Compania. Deemed impure by his father, Pesha is shunned and mistreated by his band and four half-brothers, and one brother in particular wants him dead. His pale, silent savior gives him safety, security and a love he never could have imagined. As Pesha falls in love with his handsome white knight, his half-brother does the unthinkable.

Can Taliesin rescue Pesha from the cruel clutches of his half-brother a second time?

BOY DO I LOVE THIS BOOK, AS A MATTER OF FACT I LOVE ALL OF THE BOOKS I HAVE READ BY AISLING, AND CODY KENNEDY (WHOM MOST OF YOU KNOW WRITES AS AISLING) BELOW ARE THE LINKS TO THE REVIEWS I HAVE DONE OF AISLING'S AND CODY'S BOOKS:

IF YOU HAVEN'T READ THESE BOOKS, MAN DO YOU NEED TO! THANKS SO MUCH FOR JOINING ME FOR MY WHAT WHO WRITES IS READING POST, AND THANKS SO MUCH ASH, FOR DOING THIS AWESOME POST FOR US! SEE YOU LATER GUYS! 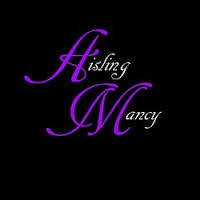 at July 15, 2016
Email ThisBlogThis!Share to TwitterShare to FacebookShare to Pinterest