HEY GUYS I AM HERE WITH MY BUDDY GRACE POPE AND HER REVIEW OF SMOKE & MIRRORS, THIRDS BOOK 7 BY CHARLIE COCHET! BELOW IS HER REVIEW AND LINKS, SO LET'S GET STARTED! 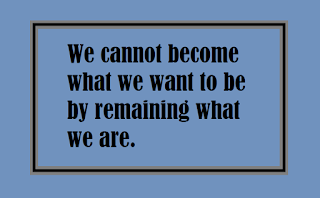 I LOVE THIS BOOK AND I  CAN'T WAIT FOR YOU TO SEE GRACE'S REVIEW SO LET'S GET TO IT!


Sequel to Catch a Tiger by the Tail THIRDS: Book Seven Life for Dexter J. Daley has never been easy, but he’s always found a way to pick himself back up with a smile on his face. Taken from his home and the arms of Sloane Brodie, his boyfriend and THIRDS partner, Dex finds himself in a situation as mysterious and lethal as the Therian interrogating him. Dex learns what he’s secretly believed all along: his parents’ death wasn’t an accident. Discovering the whole truth about John and Gina Daley’s homicide sets off a series of events that will change Dex and Sloane’s life forever. As buried secrets rise to the surface and new truths are revealed, Dex and Sloane’s love for each other is put to the test, with more than their relationship on the line. If traversing the waters of murder and secret government agencies wasn’t enough, something inexplicable has been happening to Dex—and nothing will ever be the same. 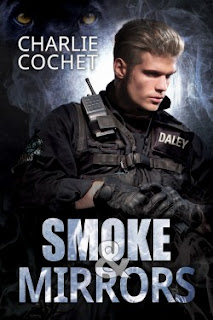 Waiting for Book 7, Smoke & Mirrors after reading Book 6, Catch a Tiger by the Tail was like sitting still with ants crawling on me.  And OMG it was worth it!  I can honestly say I laughed through my tears with this one.  Ms. Cochet, has hit not just a HOME RUN but a GRAND SLAM with this book.
Sloane and Dex must work through their biggest fears in this book, loss of each other, loss of trust and forced change.  Dex learns information he’s never wanted to know about his parents and his adoptive dad, Tony, and now he has to not only learn to live with the knowledge but figure out what to do with it.  Sloane has to work through his trust issues, including trusting not only Dex but trusting himself.  And, believe me, there were times while reading this book when I was yelling at both of them.
While we don’t get as much interaction with Destructive Delta in this book, we learn more about Tony, Cael, and Dex along with Ash and Sloane and their fearless leader, Sparks.  Watching Sloane work through his trust issues and realize what he is losing from them was heartbreaking.  But, so much worse was seeing Dex slowly fall apart dealing with the truth of his parent’s deaths, and the knowledge that brings, along with the changes he is undergoing due to unknown circumstances, especially when he doesn’t always have Sloane there to help him cope.  Through it all, TIN worked in the background, sometimes helping and sometimes not.
This book has it all, hot sex, sweet love, action, snark and, of course, an 80’s soundtrack!  I was constantly being thrown for a loop when each newly found puzzle piece didn’t fit in with the rest.  I can’t say it enough; READ THIS BOOK!!!  And if you haven’t already started the series, grab Book 1, Hell & High Water. 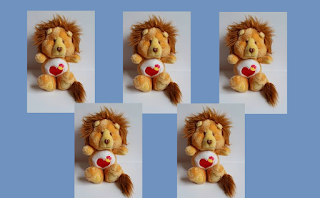 WOW I LOVE THIS REVIEW AND THIS RATING! HERE ARE THE LINKS FOR THIS BOOK, GRAB IT NOW!

THANKS SO MUCH FOR JOINING ME FOR THIS REVIEW OF SMOKE & MIRRORS, AND THANKS GRACE, FOR A GREAT JOB DONE!

at July 15, 2016
Email ThisBlogThis!Share to TwitterShare to FacebookShare to Pinterest