HEY THERE GUYS, IT IS RELEASE DAY FOR ANNABELLE JACOBS AND HER WONDERFUL STORY CHASING SHADOWS, AND I CAN'T WAIT TO TELL YOU ABOUT IT! BELOW IS MY REVIEW, LINKS AND EVEN AN EXCERPT FOR THIS ONE AND MORE, SO LET'S GET TO IT! 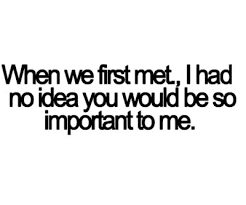 BELIEVE ME FRIENDS, THIS QUOTE IS PERFECT FOR THIS BOOK! HERE IS MY REVIEW:

Jamie Matthews goes to Cornwall to find his missing brother. The police are convinced Michael drowned, but Jamie knows better. No way would Michael swim to his death, especially on a beach with a wicked rip tide. Finding a stranger in his brother’s cottage only deepens his misgivings. Felix Bergstrom is recently discharged from the British Army. Unable to put the past behind him, he takes an unhealthy interest in old acquaintance and millionaire businessman Karl Weston, hoping to catch him up to no good. Michael’s disappearance adds fuel to Felix’s suspicions. Weston’s clifftop home overlooks the beach where Michael supposedly walked into the sea, but Weston has an alibi for that day. When Jamie and Felix meet, the physical attraction is instant. Mistrust keeps them from acting on it until finally all their secrets are laid bare. But time isn’t on their side. Before they’re able to work out whether they have a future, danger catches up with them and threatens to put an end to everything. 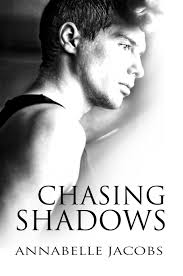 I love Annabelle Jacobs, her writing goes straight to the heart! Even knowing how good she is, the depth and feeling in this story astounded me, what a work of art this book is!

Jaime has decided to be pro active in the search for his missing brother Michael, so he drives to Michael's cottage and is perplexed to find someone there, could this person have done something to Michael?

Felix wants to find out what happened to Michael and he has a suspicion of who would know, but the reasons he wants to solve the crime are of a personal nature, and Felix so wasn't counting on being attracted to Jaime!

Can these two men learn to trust each other and work toward the common goal of finding out what happened to Michael, and who was the cause? Or will Jamie do something that will put him in the path of a maniac before he gets to tell Felix how much he means to him?

Friends, you simply have to read this book, of course I don't so spoilers, so there is so much more to this story than I can tell you! Thanks Annabelle, for a story so powerful and gripping we won't soon forget it! 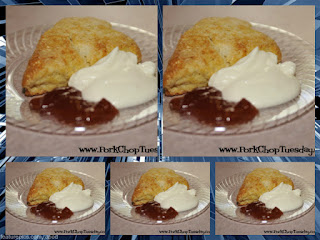 the 5 scone with clotted cream and jam rating :)

YOU KNOW I HAVE A GREAT REASON FOR DOING THIS RATING, YOU WILL JUST HAVE TO WAIT AND SEE WHAT IT IS :p, HERE ARE THE LINKS FOR CHASING SHADOWS, GRAB IT UP TODAY!

HERE IS AN EXCERPT FRIENDS, YOU WILL LOVE IT!


Jamie’s gaze swept down over Felix’s bare chest and lingered on the tattoo on his right pec before snapping up again. Felix had got it five years ago: four soldiers in silhouette. It was one of his favourites. “Um.” Jamie swallowed and started again. “Sorry it’s so early. I’ve been awake ages and didn’t realise the time until I got over here.”
Jamie’s cheeks flushed pink as his gaze dropped again, as though he couldn’t help himself. Warmth flared in Felix’s belly. It had been a while since he’d been so openly admired. He grinned and raised an eyebrow.
Instead of getting embarrassed as Felix expected, Jamie stood up straighter and shrugged. “If you answer the door like that, then what do you expect?”
Fair enough. At least that cleared up whether Jamie would be interested or not. Felix had no intention of acting on it, but it was good to know. Good for his ego, anyway. He glanced at his watch as Jamie regarded him expectantly, clearly waiting for Felix to invite him in. Which he would have done on any other day, but his mates would be here in about twenty minutes, and the last thing he wanted was for them to meet Jamie. Christ, they’d have a field day.
He didn’t want to be rude, but—
“Can I come in?” Jamie smiled then, a real smile that reached his eyes. It lit up his entire face and he looked so much younger.
It caught Felix off guard, and he found himself nodding and stepping back to let Jamie get past.
“Thanks.” Jamie ducked his head and he squeezed by. His shoulder rubbed against Felix’s bare skin and the rough material of his jacket brushed Felix’s right nipple, making him hiss. “Sorry.”
Jamie glanced up, meeting Felix’s gaze, then down to where they were still touching. The air crackled with tension. Felix felt it down to his toes.
“It’s fine.” Loose-fitting pyjamas were not the best thing to be wearing at a time like this, and Jamie stood with his hand dangerously close to Felix’s groin. If he didn’t move soon, things might get interesting.

YEP, TOLD YOU IT WAS AWESOME! HERE IS A BIO AND SOCIAL LINKS FOR ANNABELLE, YOU WILL LOVE THIS AUTHOR AS MUCH AS I DO!

Annabelle Jacobs lives in the South West of England with three rowdy children, and two cats.

An avid reader of fantasy herself for many years, Annabelle now spends her days writing her own stories. They're usually either fantasy or paranormal fiction, because she loves building worlds filled with magical creatures, and creating stories full of action and adventure. Her characters may have a tough time of it—fighting enemies and adversity—but they always find love in the end.

THANKS FOR JOINING ME FOR THIS REVIEW FRIENDS, GRAB CHASING SHADOWS, YOU WILL BE IN AWE OF IT TOO! SEE YOU GUYS NEXT TIME! 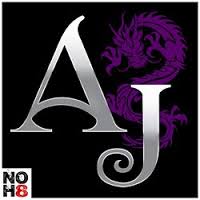