Blurb
Roman "Quick" Webb is one badass bounty hunter on the crime-filled streets of Atlanta. He's fearless when it comes to carrying out his dangerous job alongside his longtime best friend and business partner, Duke. However, there is one thing that has begun to cause Quick concern and it's the dreadful thought of living out the rest of his life alone.
Dr. Cayson Chauncey has been wildly attracted to the big, tattooed hunter for almost a year, ever since he performed the surgery that saved Quick's best friend's life. Cayson must've mistaken Quick's gratitude for something more, because the one time he tried to make his desires known, he was harshly rebuffed and left on the man's doorstep feeling stupid for hitting on an obviously very straight man.
Dr. Chauncey stirred up Quick's suppressed, most carnal desires from a place deep down inside of him. He'd reacted so badly the first time that now his sexy surgeon wanted nothing to do with him. It was going to take a fair amount of patience and a whole lot of wooing involved as Quick sets out to convince Cayson that he's worth another chance and that he is the brave lover who Cayson has been looking for. 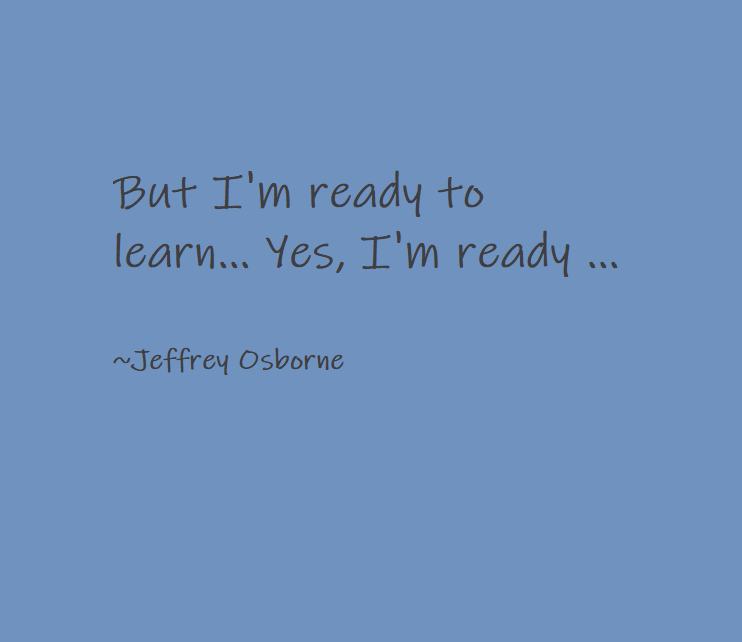 This quote is perfect for both men, who crave that lasting connection with the man they love.
Review
I have had the e-books of the Promises series since they were each released and fell in love with the alpha males that make up the bounty hunters of Duke’s Bail Bonds that Quick and Duke run along, with the men they fall for.
While he is bisexual, Quick has never had a relationship with a man and his nervousness ends up giving Cayson the wrong impression in their first meetings.  Once he convinces Cayson he’s seriously interested, he brings an all-out assault on Cayson’s senses and emotions to win him over.
Cayson hasn’t had any real romantic relationships in his life; his last one, just ending, being ‘friends with benefits’ with a colleague.  Once he realizes Quick is serious in his interest, he begins to truly enjoy their time together and, with Quick’s help, he starts to realize he is worth more than he’s been getting in the past.
As both men start to realize their feelings go much deeper than just dating, Cayson’s ex begins showing up unexpectedly and tossing out threats if Cayson doesn’t come to heel.  When push comes to shove, both men have to decide if they are worthy of each other’s love. It seems like they get one obstacle moved and another falls in their way. But when violence is unleashed on Quick’s team bringing the warriors within them to the forefront, Cayson has to decide if he can truly love Quick, inside and out.
I cannot say enough how exquisitely AE Via brings to life alpha males and their stories.  When you add in Aiden Snow’s growly, bass voice… shivers. If you love hot and steamy men, hard hitting excitement and watching true love grow, this series is definitely for you.  If you also love a man’s voice that rumbles in the pit of your belly and sets your pulse hammering, you definitely want to listen to this audiobook.
Rating 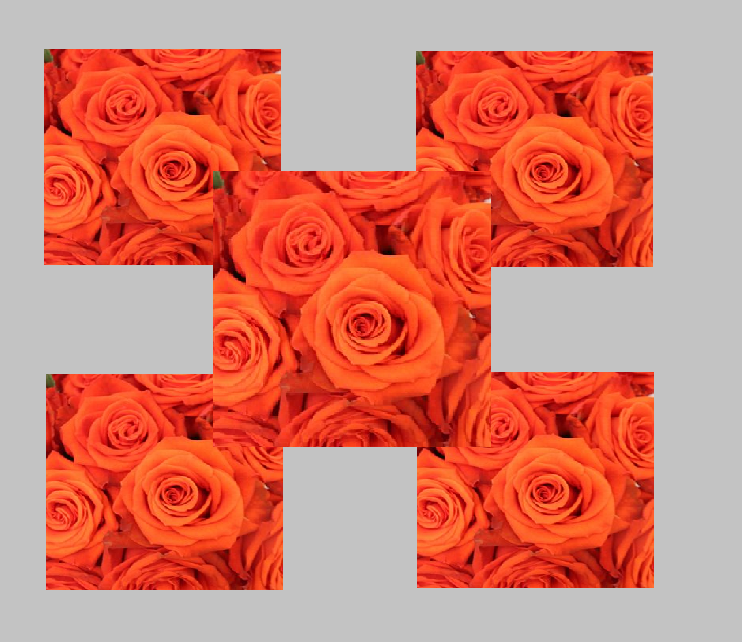 A 5 Orange Roses rating for this amazing audiobook.  With several meanings, desire and enthusiasm as noted by Quick when giving them to Cayson, as well as fascination and energy, these are well suited for Cayson and Quick’s relationship.
Universal Buy Link: http://mybook.to/PromisesPart2

THANKS GRACE, FOR ANOTHER GREAT REVIEW! I LOVE THESE EBOOKS TOO, I JUST MIGHT HAVE TO CHECK OUT THE AUDIO BOOKS! LOOK BELOW FOR AN EXCERPT AND SOME AWESOME TEASERS!

Excerpt
Quick walked over to Cayson and softly closed the door. He wished he had even an ounce of his son’s swagger, but unfortunately, he didn’t. Vaughan must’ve gotten his moves from his mother, because Quick didn’t have a clue. He’d never got a chance to perfect pickup lines to get a date before he became the groom in a shotgun wedding. Then life happened. We all know the story.

Careful not to push, he very gently cupped Cayson’s chin in his palm and lifted until those pretty blue eyes were on him. To his surprise, the doctor didn’t fight him. Damn. Has he always been so handsome? He had to; otherwise, Quick wouldn’t lose his shit every time the doc was around. “You don’t call me Quick. I’m pretty sure you hate that name. You can call me Rome or Roman.”

Cayson stood stock still while Quick touched him. “Why are you doing this, Rome?”

That name sounded much better to him, but the hurt in Cayson’s eyes was more than he could handle. Quick had several inches over the doc, but he loved his height advantage. Couldn’t wait for Cayson to put his chin on his chest and stare up at him. “Will you give me one chance? I’m trying to ask you on a date, but for some reason I keep screwing it up.”

“Yeah, a date.” Quick tried not to sound like he was begging, but if it was good enough for the Temptations, then he could do it. He would do it. “Please, Cays. One more chance.”

“And you’re not fuckin’ with me?” Cayson swallowed hard and Quick’s hand slid down to that bobbing Adam’s apple. He wanted to apply a little pressure but refrained… for now. The sharp intake of breath could hardly be missed and Quick felt a small surge of victory. He definitely still had an effect on the lonely doctor.

Quick’s dick was so hard and confined behind his closed zipper he knew he’d have track marks on his shaft, even through his briefs. He had to be a gentleman. Dry-humping Cayson wouldn’t help anything, or redeem his reputation in the man’s eyes. What term did Vaughan always use… oh, yeah… a classic man. Quick eased back, giving the doctor a little breathing room. His large frame could be intimidating. That’s not what he wanted the doctor to feel. “Is that a yes?” he asked.

A.E. Via has been a best-selling author in the beautiful gay romance genre for six years now, but she’s no stranger to MM. She’s been an avid reader of gay lit for over fifteen years before she picked up her laptop to place her own kiss on this genre. She’s also the founder and owner of Via Star Wings Books, having published a couple great new up and coming MM authors.
A.E. has a Bachelor of Arts in Criminal Justice from Virginia Wesleyan College that she used to start her own paralegal firm after she graduated in 2008. She spent five years preparing and filing bankruptcy petitions for struggling blue collar workers who couldn’t afford to file with a lawyer. It was a rewarding and satisfying career… but another path called to her.
Writing.
A.E.’s novels embodies everything from hopelessly romantic to adventure, to scandalous. Her stories often include intriguing edges and twists that take readers to new, thought-provoking depths.
She’s recently celebrated her 20th book anniversary, and is kind of known now for her hardcore, play rough and love hard, bad boy, alphas. However, she does like to push herself to step out of her comfort zone, exploring different tropes, but she won’t push herself into a whole other genre. She’s head over heels for gay romance and she has tons of more hot stories to tell.
Be sure to visit Adrienne on her social media pages and subscribe to her newsletter to never miss another release date! Go to A.E. Via’s official website http://authoraevia.com for more detailed information on how to contact her, follow her, or a sneak peek at upcoming work, free reads, VSWB submissions, and where she’ll appear next.
Social Media Links
Amazon Author Page: http://bit.ly/AuthorAEVia
Author Official Website: http://authoraevia.com
Facebook Author Page: https://www.facebook.com/aeviaauthor
Twitter: https://twitter.com/AuthorAEVia
Goodreads: https://www.goodreads.com/author/show/7354860.A_E_Via
A.E. Newsletter Signup: https://goo.gl/4hfuMh

LOOK UP THIS AMAZING AUTHOR WITH THOSE LINKS, AND DON'T FORGET TO ENTER THE GIVEAWAY BELOW: IT IS A GREAT ONE! THANKS AGAIN GRACE FOR A GREAT REVIEW, SO SORRY I WAS A DAY LATE WITH THIS POST, I NEED TO LEARN TO READ A CALENDAR! :p

at February 24, 2020
Email ThisBlogThis!Share to TwitterShare to FacebookShare to Pinterest