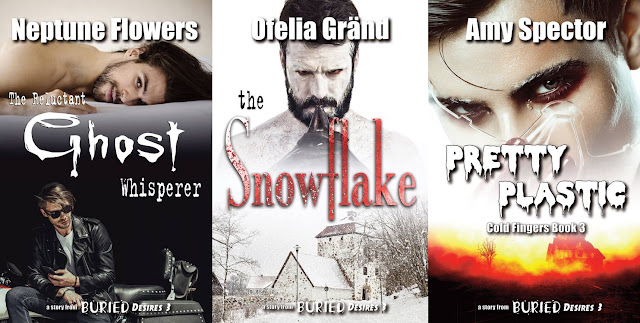 WOO HOO GUYS! IT'S THAT CREEPY ( AND AWESOME ) TIME OF YEAR AGAIN! BURIED DESIRES 3 IS A COLLECTION OF STORIES FROM OFELIA GRAND, AMY SPECTOR, AND NEPTUNE FLOWERS THAT ARE SURE TO GET YOU IN THE HALLOWEEN MOOD! LOOK BELOW FOR BOOK INFO AND MORE INCLUDING A GUEST POST AND COMMENT TO WIN GIVEAWAY!

BELOW IS THE ANTHOLOGY COVER, CLICK IT TO BE TAKEN TO THE BUY LINK! BELIEVE ME, YOU GUYS WANT THIS BOOK! 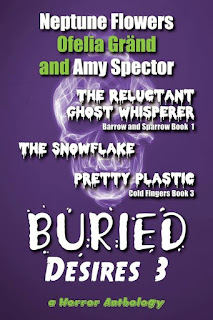 More tales of love, death and love after death.

Buried Desires is back. And now there’s even more to love. From the ghostly to the grotesque, this time around Buried Desires 3 brings you three tales from horror authors, both old and new, offering up a perfect collection of romance and the macabre.

I CAN'T WAIT FOR YOU GUYS TO READ THESE STORIES! OMG YOU WILL LOVE THEM AS MUCH AS I DO! IF YOU HAVE A HANKERING FOR A HORROR STORY THIS FALL, THEN THIS IS THE PERFECT BOOK FOR YOU! CHECK OUT THE BLURBS AND AMAZING COVERS FOR THESE STORIES!
*** 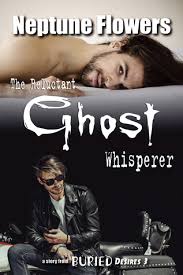 All you need is love, or so they say!

When Adam Barrow employs a fit, capable guy, life begins to look up. His business thrives from the extra muscle, and so does Adam. Being around chatty Johnny really helps the time fly past. Adam is shy and inexperienced in ways of the heart, but very soon his awkwardness eases and he finds himself flirting and having fun.

Johnny Sparrow has a mysterious past and seems to have a knack of stirring up inexplicable presences. From the day he arrives on a motorbike, weird things begin to happen, like strange noises and creepy mists. Even motorbike Angus has a personality!

All you need is love, but can Adam find the strength to confront the ghostly goings-on? Can Johnny find a use for the egg whisk, and can Angus really carry them both to safety?

A story of paranormal divas, supernatural aromas and head-over-heels romance.

Barrow and Sparrow book one.

The Snowflake by Ofelia Gränd

Theophile Lekas has spent the last seventeen years trying to build a name for himself as an ice sculptor. Ice is his world, but he lives for Dylan Mincer.

But loving from afar isn’t enough, and if Theo wants to win Dylan’s heart, he’ll need to sweep him off his feet. And what better way to do it than with a sculpture that will leave Dylan breathless and the world in no doubt of Theo’s genius?

After an argument leads to murder, Theo is hit with true inspiration. And he has the perfect block to begin his project. For Dylan, Theo will create his masterpiece. And it will be as unique as a snowflake. 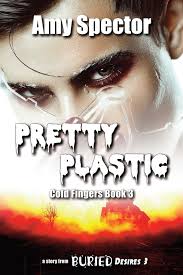 Christopher Minnick is still not a zombie.

Three months after his run-in with the vampire Marcus Gråsson, Christopher’s ankle has healed but his life is anything but perfect. There are people watching the house. Flora’s worried about the scarecrow. And after an unexpected tragedy strikes, Christopher will need to figure out how to deal with the loss without tearing a rift between his brother and himself.

When Victor accepts a job with Pretty, a prestigious private hospital, to work alongside the handsome Austen Poole, Christopher ends up with one more thing to worry about. While it might seem like a dream job, there’s something not quite right in paradise, and when Vic starts acting strangely, Christopher will stop at nothing to get his man back.

When striving for perfection, you sometimes need to get your hands a little dirty.


THEY SOUND CRAZY AMAZING RIGHT?! BELOW IS A GUEST POST, CHECK IT OUT:


Hello, this is Amy Spector and I’m here with Ofelia Gränd and Neptune Flowers. We wanted to say a quick thank you to Bec for allowing the three of us to take over Bike Book Review for a little while today. We’ll try to behave!

Being that it’s October and Halloween is just around the corner, we thought it might be fun to talk about the kind of spooky books we’re drawn to as readers ourselves—and I supposed as writers as well—and the scary movies we like.

For those of you that already know Ofelia and me, you probably know that the two of us have collaborated on a paranormal/horror double feature in the past. In fact, our third, Buried Desires 3, is out this month, and for the first time it’s a true anthology, as we have roped in the extremely talented Neptune Flowers into contributing.

So, let’s have Neptune, as the baby of our group, tell us a little about what he likes in a scary story.

From a young age, I loved to read and watch scary things. Not just monsters and ghoulies, but dark plot twists and turns, anything unexpected. It’s not that I wanted to see any ghosts, quite the opposite. I’m not the kind of person who ‘sees’ invisible things or senses anything other than what most folks do. Maybe that’s why I’m fascinated by the inexplicable??

Horror films generally bore me silly, though it doesn’t stop me watching. I’m a huge fan of pandemic type films and I don’t mind getting caught up in an end-of-the-world disaster.
The Reluctant Ghost Whisperer is something a bit different. I like to watch Ghost Adventurer and decided to have a go at writing about a duo who, albeit reluctantly, try to help the spookies sort out issues from when they were alive. Imagine a ghost mediator! I got the idea from 2 builder friends who are the least likely people you can imagine to be in tune with the undead. One day they told me about a property they were renovating, about strange noises and creepy goings-on. One of them stood in the middle of the room where all the weirdness seemed to be and asked if he could help. They both swear the floor creaked!

Go on, ask me about Angus the motorbike. He understands Johnny and Adam and when things get tough, can be relied upon to zoom them out of harm's way…But I’m getting too far ahead. I haven’t even written that story yet!

The plan is for TRGW to be part of a series, based around 2 sweet, clueless guys.

What about you, Ofelia? And if I remember right, you don’t even care for horror! *gasp*

Hahaha no, I don’t, at least not to watch. I’d rather turn off the TV  than watch a horror movie...unless we’re talking films like The Nightmare Before Christmas and Sweeney Todd because those are brilliant. Not that I would label The Nightmare Before Christmas as horror perhaps, but it has some dark characters, and if Jack Skellington asked, I would marry him in a heartbeat  LOL.

The kind of horror I like is when there’s a shift in perspective, when I’m put in the perpetrator's POV and get to see the world without the rights and wrongs we all (or most of us) have ingrained in us. Like with Theophile Lekas, the main character in The Snowflake, my contribution to Buried Desires #3. He doesn’t see the wrongness in killing people - he does it for art and for love, it’s pure. Well, almost at least. I love writing those kinds of stories, all it takes is a small little shift of reality and you’re in the head of a serial killer.

If we’re talking M/M books with horror influences, Jordan L. Hawk pops up in my mind. Is it Threshold, I think it’s Threshold, with monsters from the mines, that’s the kind of stories I like. So build a monster out of body parts or make the main character crazy and I’m with you. I don’t like horror where I’m put in the victim's shoes, that’s too scary for me. And as I said before, with books I can go gory gruesome because I paint the pictures myself, but I don’t like horror movies where I have no control over the images I’m fed.

But I do know one in our gang who likes horror movies. Isn’t that so, Amy? What do you like to watch, and read for that matter?

I really do! And sometimes I like the cheesy terrible movies better than the good one! LOL

For me, my favorite is to read old horror. I like the birth of horror stuff and the books that were inspired by it. Think The Castle of Otranto, Dracula, and Frankenstein. I love when we get a glimpse of that fear of science and technology clashing with superstition. Real Gothic horror stuff. And I have a real soft spot for Rhy Ford’s Hellsinger series.

The same goes for movies. My grandfather was a huge horror and sci-fi fan, so my mother was taken to all those wonderful drive-in theater atomic-age horror movies from the 50’s and early 60’s when she was a kid. My father loved the Universal stuff. Those were the horror movies my parents showed me and my brother and sister. We grew up on all these old horror movies that none of my friends had ever seen, half the time had never heard of. I enjoy all the weird horror stuff too—haunted houses, creepy dolls, evil children—but I’ve never really grown all that fond of the murder-horror trend that took off with the Brazilian 60’s horror and the 70’s stuff in the U.S..

Oh, and I’ll watch anything with Vincent Price in it!

All of that probably explains Pretty Plastic and all of the Cold Fingers series. LOL

Thanks everyone for stopping by to visit today.  Leave a comment below to enter to win one of three eBook copies of Buried Desires #3.

I LOVE THIS POST! I TOO AM A HUGE VINCENT PRICE FAN ( FALL OF THE HOUSE OF USHER! NOW THAT'S A MOVIE!) LEAVE A COMMENT BELOW AS THEY SAID GUYS, AND THEY WILL PICK THE WINNERS OF THE EBOOKS ON SATURDAY! THANKS FOR JOINING US, LOOK FOR MY REVIEW POST OF BURIED DESIRES 3 LATER TODAY! 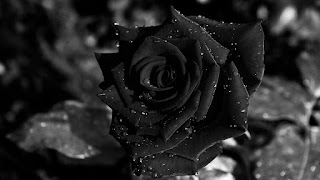 at October 10, 2018
Email ThisBlogThis!Share to TwitterShare to FacebookShare to Pinterest