HELLO FRIENDS, BOY AM I EXCITED ABOUT THIS NEXT POST! I AM LUCKY ENOUGH TO GET A SPOT ON THE DOUBLE ALCHEMY BY SUSAN MAC NICOL TOUR, AND I HAVE MY GIRL MARINIEVES TO REVIEW IT FOR ME! BELOW IS MARI'S REVIEW, AN EXCERPT AND MORE INCLUDING A GIVEAWAY! ENJOY GUYS! 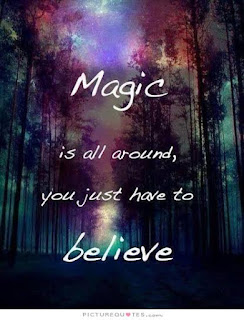 I LOVE THIS QUOTE MARI CHOSE, IT IS PERFECT! HERE IS HER REVIEW:

Powerful yet tormented modern warlock Quinn Fairmont must initiate the silver-eyed Cade Mairston into the world of witchfinders, Withinners, and what can happen when two men fall truly, madly, deeply in love.THE WORLD IN SHADOWIn modern London there lurks a warlock, Quinn Fairmont. Dangerous, powerful, tortured, sharing his body with the soul of an ancient Welsh sorcerer, Quinn is never alone—and never wholly himself. He fights against all those who would exploit his kind. He takes pleasure where he can find it.In the forest of Hampstead Heath, Quinn’s hometown, Cade Mairston appears to him like a waking dream. Lithe, lean and silver-eyed, he evokes feelings in Quinn unlike any other: lust with true affection, immediate and shocking. Cade is clearly more than he seems. And yet, if a man of the world, Cade is innocent. He knows nothing of warlocks, witchfinders or Withinners. He knows nothing of what he is, what he might be, or what he might feel. For him, the story is just beginning. Magyck, peril and passion await.

I have to say I am a fan of Susan's books and truly enjoy her writing. With this said when the opportunity presented itself to read Double Alchemy, I jump on it! I must confess that this is my first paranormal book in any genre and I love it ...
The way the story is told makes sense to someone who is new to the paranormal books.

The characters in the story are really develop so you can understand who they are and their significant contribution to the story.
Quinn Fairmont is a human first but also a powerful Warlock, as a matter of fact, the Grand Master.

Cade Mairston is a human first, an anthropologist and professor. He is also a Fey, Sprite, lover of the water, healer but this He doesn't know yet ...
Until he meets Quinn and the extreme and powerful attraction starts to make sense.

The story of love between them is romantic and magical ...
Quinn being a Warlock has many responsibilities to fight and protect his kind from witchfinders that want the Warlocks destroyed, putting his life in jeopardy many times trying to protect them and protect Cade against the enemies.
Within the story we get to meet some of these enemies like Andrew and Jeremy.
Some of the allies like Daniel and Percy ...

And the important Taliesin, Quinn's withinner a sorcerer that is part of him.
Still we haven't scratch the surface of who Cade is and the full extent of his powers ...
Something Quinn is trying to reveal to him at his pace.

The most interesting thing about is that Quinn and Cade fall in love, lust and they are truly soul mates. The relationship between the two is amazing, full of grace and admiration.

Besides all of this aspects, the story is one to follow and keep you wanting to know more. Next book should be as good as this one. Looking forward to it. 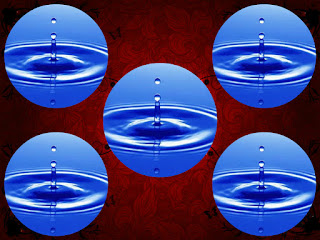 GREAT REVIEW MARI!! HERE ARE THE LINKS FOR THIS ONE, IF YOU HAVEN'T READ IT, GRAB IT NOW!!

Goodreads: https://www.goodreads.com/book/show/21480819-double-alchemy
Buy Links: http://boroughspublishinggroup.com/books/double-alchemy
http://www.amazon.com/Double-Alchemy-Susan-Mac-Nicol-ebook/dp/B00J7FVYRC/ref=sr_1_2?ie=UTF8&qid=1436433347&sr=8-2&keywords=double+alchemy
http://www.amazon.co.uk/gp/product/B00J7FVYRC?keywords=double%20alchemy&qid=1436433294&ref_=sr_1_1&sr=8-1
https://www.allromanceebooks.com/product-doublealchemy-1461484-143.html
https://www.smashwords.com/books/view/421369
http://www.barnesandnoble.com/w/double-alchemy-susan-mac-nicol/1118958226?ean=2940045782142
Book Trailer: https://www.youtube.com/watch?v=Un64l7-7P8k&list=UUW20QTDv3GopseV0mRVZcOw
NOW HOW ABOUT AN EXCERPT?
Cade Mairston was no ordinary man. Quinn had known it from the minute he’d touched Cade’s hand, smelt his scent and heard the rushing of his blood through his veins. Cade was Fey.
Not overtly Fey, but something resided there, buried deep down within him. Quinn didn’t think Cade Mairston had any idea who or what he was.
Quinn shivered. The way Cade had crouched in a fighter’s stance, fierce glare and strong body ready to do battle— he’d been inspiring. It was only due to Quinn’s Warlock skills that he’d the ability to anticipate and deflect the other man’s moves and not be grievously injured. Cade Mairston was a strong, agile presence and Quinn wouldn’t have liked his privates to be on the receiving end of the other man’s foot, which was attached to a muscled leg which he wished would wrap itself around his legs as he pounded the man’s arse….
Quinn checked himself mentally.
Christ, Quinn. Get a grip! Hell, my hormones are running riot.
Thank God the man was gay. Quinn’s gaydar worked very well, thank you, despite noticing the evidence of the large erection the man had sported in his trendy cream chinos for him.
What were the odds of meeting another gay Fey? Quinn chuckled softly. If things had turned out the other way, Quinn would have been in danger of deflowering a straight man and that one never worked out for the best.
Cade had looked a little rattled himself. For a moment, from the look in Cade’s smouldering grey eyes, Quinn had thought he might be about to get savagely violated. While Quinn topped most of the time he was definitely not averse to being taken by a man like Cade. There’d been anticipation so strong for Cade to touch him, kiss him right there, that he’d lost his breath for a moment. Quinn had a really tight feeling in his boxers right now as his cock threatened to burst into song and dance a jig out of his pants.
He sighed. Best get home, have a cold shower and do whatever else was necessary to relieve the turmoil snaking through his nether regions. Cade’s sexy stubble on his jawline and light silver eyes were playing havoc with Quinn’s sexual urges. Next time they met— and he was sure there’d be a next time— he’d have to search his apothecary for something that would deaden the sexual attraction. If not he’d never make it through a next meeting without ripping off Cade’s clothes until his need was fully satisfied for the first time. After the first time, it became more controllable. Experience had taught both he and Taliesin that.

WHAT A GREAT EXCERPT!! NOW HERE IS A BIO ON SUSAN AND HER SOCIAL LINKS, GET IN TOUCH WITH HER IF YOU HAVEN'T, SHE IS AMAZING!
Susan Mac Nicol is a self- confessed bookaholic, an avid watcher of videos of sexy pole dancing men, geek, nerd and in love with her Smartphone. This little treasure is called ‘the boyfriend’ by her long suffering husband, who says if it vibrated, there’d be no need for him. Susan hasn’t had the heart to tell him there’s an app for that… She is never happier than when sitting in the confines of her living room/study/on a cold station platform scribbling down words and making two men fall in love. She is a romantic at heart and believes that everything happens (for the most part) for a reason.  She likes to think of herself as a ‘half full’ kinda gal, although sometimes that philosophy is sorely tested. Lover of walks in the forest, theatre productions, dabbling her toes in the cold North Sea and the vibrant city of London where you can experience all four seasons in a day , she is a hater of pantomime (so please don’t tar and feather her), duplicitous people, bigotry and self-righteous idiots.  In an ideal world, Susan Mac Nicol would be Queen of England and banish all the bad people to the Never Never Lands of Wherever -Who Cares. As that’s never going to happen, she contents herself with writing her HEA stories and pretending, that just for a little while, good things happen to good people. Sue is a PAN member of Romance Writers of America and is a member of the Romantic Novelists Association in the UK.
My links
FacebookTwitterGoogle +TsuYouTubePinterestBlogBoroughs Publishing GroupAmazonScoop ItGoodreadsWebsite

THANKS GUYS FOR JOINING ME FOR MY BLOG TOUR STOP OF DOUBLE ALCHEMY, AND THANKS MARI FOR A WONDERFUL REVIEW, AND THANKS TO SUSAN FOR UNDERSTANDING I AM AN IDIOT AND STILL LETTING ME DO THIS POST EVEN THOUGH IT IS LATE :p! SEE YOU GUYS NEXT TIME! 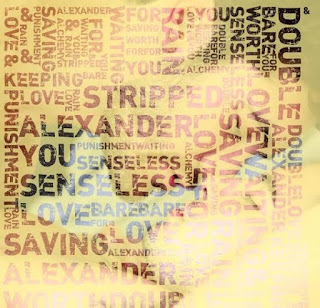 at March 26, 2016
Email ThisBlogThis!Share to TwitterShare to FacebookShare to Pinterest