HELLO FRIENDS, I AM SO EXCITED TO BRING YOU MY RELEASE DAY REVIEW OF 'THE PROMISE' SIRIUS WOLVES 4; BY: VICTORIA SUE! BELOW IS MY REVIEW, LINKS, AND EVEN A REALLY GREAT GUEST POST BY THE AUTHOR HERSELF! LET'S GET TO IT: 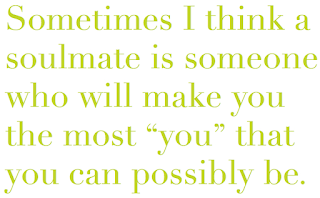 OH BOY IS THIS QUOTE FITTING FOR THIS BOOK! HERE IS MY REVIEW:


The Promise (Sirius Wolves 4) by: Victoria Sue
reviewed by: Becky

The time of Anubis is at hand. Working together against him, the goddess Sirius and the god Orion have helped mankind prepare by uniting Blaze, Conner, Darric, and Aden to fight the evil in the world. But in the war to come, the werewolves will need more allies, and this will extend beyond werewolf kind. Marcus, an ex-Marine who’d lost both his legs in a landmine accident, is now Human Liaison Officer for Blaze's pack. Having lost his lover when the man couldn’t bear to live with "a cripple", Marcus never expected that he'd fall in love again, let alone with the werewolf Kellan, who seemed to be universally hated by the pack. The Winter Circle is moving, and a psychopathic pastor has abducted Nate, one of the wolves from Hunter's pack. For once the wolves cannot rescue him — it has to be a human — and now Marcus must save the wolves from their biggest threat: one of their own.
If Marcus succeeds, he will bring in a new era in mankind’s battle against the power of evil, starting with a simple promise and ultimately mending four broken hearts. 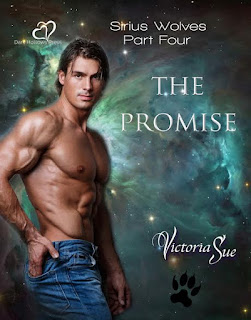 This won't be a very long review because I don't do spoilers, and there are tons of 'spoiler landmines' I could trip over when reviewing this book!

Marcus has had both of his legs blown off in a landmine accident, but does that make him less of a man... oh noooo, it actually makes him more of one because in this book he has the courage to stand up and fight for what he believes in no matter the cost to himself!

When Marcus and Kellan find each other I sat up and took notice, because this is a genius move, if any two people needed each other, it was these two! Then you have poor Nate and Ricoh, Nate is so damaged that he will need so much love and attention to be whole again. Ricoh has thought he has known what and who he has wanted for a long time, but was it all just an illusion? How is he supposed to feel when he realizes the one he has thought was perfect for him isn't really, and that fate has tied him to another?

OMG there is so much more going on but I can't give it away! I will tell you that you have to read this book, if you are a faithful of this series it will blow your mind and if you haven't read this series what are you waiting for, grab book 1 today! Thanks Victoria, for a book 4 that keeps us on our toes till the very end! 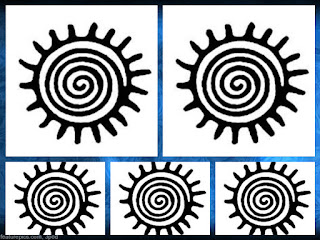 I JUST HAD TO DO THE HEALING SYMBOL, THESE MEN HAVE A LOT OF HEALING TO DO! HERE ARE THE LINKS: GRAB IT TODAY!!

NOW FOR THE GUEST POST FROM VICTORIA SUE, YOU ARE GONNA LOVE THIS!


The problem isn’t writing the books. It’s deciding the sort of books I want to write. I mean, romance – obviously, that’s an absolute given. Squishy happy ever afters? Absolutely.
I just want a vampire werewolf in handcuffs living in Regency England (That’s around 1810’ish in case you were wondering)
But not at the same time…
I’ll try to explain. I get carried away with my writing. If I get stuck on a scene I switch to another book. Last month I was writing The Promise (contemporary werewolves) The Innocent Auction (Regency Historical) plotting Pure – Integrity (contemporary BDSM) plotting the sequel to Temptation (vampires) and Editing Knight Defenders (Merlin and the Knights of the Round Table) and no, that’s not historical, but paranormal!
And you think you’re confused? I said on my facebook group it’s a wonder I don’t have an English butler turn into a werewolf…Actually, that’s quite a cool plot line.
This is why I love writing and this is why I seem to be writing so many books at once.


I hope you love The Promise, and I hope I didn’t get confused and make my werewolf a Lord, or a Knight…whatever!

I WILL LOVE ANY OF THESE THEMES AND WHATEVER ELSE THIS AUTHOR DECIDES TO WRITE, I LOVE HER WORK!! THANKS FOR JOINING ME FOR MY RELEASE DAY REVIEW OF THE PROMISE, AND THANKS VICTORIA, FOR THE GREAT BOOK AND GUEST POST! 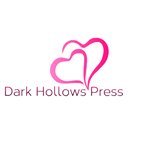 at January 14, 2016
Email ThisBlogThis!Share to TwitterShare to FacebookShare to Pinterest