HEY GUYS! FIRST COMES MARRIAGE BY SHIRA ANTHONY AND BOOK TWO IN THE NEW DREAMSPUN DESIRES LINE BY DREAMSPINNER PRESS RELEASES ON FRIDAY THE 15TH, AND I AM HERE WITH MY REVIEW & BLOG TOUR STOP WITH AN EXCERPT, GIVEAWAY AND EVEN AN AUTHOR INTERVIEW! LET'S GET STARTED! 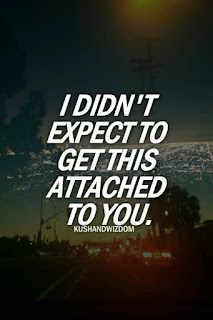 I LOVE THIS QUOTE, SO SIMPLE, BUT SO PERFECT FOR THIS BOOK! HERE IS MY REVIEW:

Their marriage was supposed to be all business....
When struggling novelist Chris Valentine meets Jesse Donovan, he’s interested in a book contract, or possibly a date. The last thing Chris expects is a marriage proposal from New York City’s most eligible bachelor!
Jesse’s in a pinch. To keep control of his company, he has to marry. So he has valid reasons for offering Chris this business deal: in exchange for living in a gorgeous mansion for a year, playing the doting husband, Chris gets all the writing time he wants and walks away with a million-dollar payoff. Surely Chris can handle that. He can handle living with the most handsome and endearing man he’s ever met, a man he immediately knows he wants in the worst way and can’t have. Or can he? 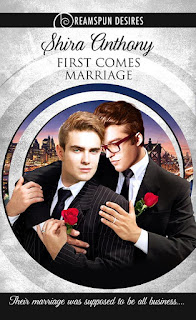 Chris is a writer that wants to get his latest book series published, but what he gets when he meets Jesse Donovan is so much more than that, starting with a marriage proposal in name only to a very rich man that will leave him sitting pretty after a year! Chris wonders should he accept, then reasons a quiet place to write will be heaven so why not!

Chris and Jesse tiptoe around each other after the wedding, seeing little of each other and knowing even less about each other. When they do start getting to know each other each one of them likes what they discover.
Can they navigate the waters of lies and half truths on both sides and decide that this sham of a marriage is the best thing that happened to them, or will they decide after the year is up and Jesse claims his company, to go their own ways?

You have to read this book guys, you will be rooting them on and yelling at them to just kiss already, but boy is that scene worth the tiny wait! Thanks Shira, for a lovely addition to a wonderful new line of books! 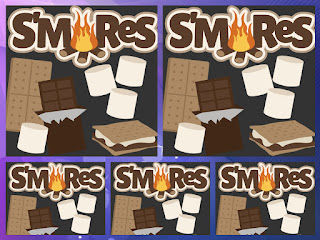 I JUST HAD TO DO THE SMORES RATING IN HONOR OF A SPECIAL 'GETTING TO KNOW YOU' SNACK! HERE ARE THE PREORDER LINKS FOR FIRST COMES MARRIAGE AND THE SUBSCRIPTION LINKS FOR THE DREAMSPUN DESIRES LINE: CHECK EM OUT GUYS, YOU WILL BE GLAD YOU DID!

YOU WILL LOVE THIS SERIES, SO SUBSCRIBE TODAY! HERE IS AN INTERVIEW I DID WITH SHIRA, AND SHE DID SUCH A GREAT JOB ANSWERING MY QUESTIONS! LET'S TAKE A LOOK:

Thank you Bec and Bike Book Reviews for hosting the First Comes Marriage book tour! For those readers who may not already know, First Comes Marriage is the second book in the brand new Dreamspun Desires line of gay category romances from Dreamspinner Press. Be sure to read to the bottom of the post for an excerpt from the book, as well as the Rafflecopter giveaway. You could win a dozen red roses for your sweetheart or yourself!

I was at RT, the huge general romance convention in Dallas last year, and I was having lunch with Poppy Dennison. Poppy is the PR guru for my publisher, Dreamspinner Press. I was complaining about how writing angsty stories like my Blue Notes Series sometimes takes a lot out of me.
There we were, surrounded by all these huge posters for Harlequin romances, and I said I wished I could write a low-angsty, fluffier romance like the ones I used to read as a kid. Poppy looked at me and asked, “Why don’t you?” She then proceeded to tell me about an idea she had for a line of category romances like those old Harlequins I loved. I knew I wanted to write a book for the line the minute she floated the idea. I wasn’t sure how it would go, but I ended up loving it!
Bec- I love it when things work out as they are supposed to and it ends up with this awesome line of books! I am thrilled with the books so far, and I know I will love the rest!

Yes and no. To get ready to come up with the concept, I read a few Harlequins. The old style ones from the 80s and 90s. Believe it or not, you can find some of those in ebook on Amazon! Then I started to think about all the romance tropes I used to love. You’d recognize them: mistaken identity, enemies to lovers, millionaires and starving artists, secret identities.

After considering a ton of different tropes, I settled on a marriage of convenience plot, and the story came clear to me pretty much immediately afterward. I borrowed a little from millionaire and poor boy trope, and voila, First Comes Marriage. Of course, I also had a lot of fun turning a few of the tropes of their heads. I won’t spoil it, but I think readers of those classic romances will recognize at least one I didn’t follow!

Bec- That is what I love about these books, they remind you of the (contraband in my case) books you read as a young adult, but with the MM angle that we adore, and just using that angle brings fresh, new storylines and takes on the classic romance angles I bet!

Honestly, I think it was being given permission to step out of my usual angsty stories and try writing what I consider to be a sweet, fluffy romance. Don’t get me wrong—I love angsty love stories! But there are times when I want to just feel good when I’m reading, instead of feeling as though my heart is being ripped out of my chest. I took the Dreamspun Desires book on as a challenge to myself: I wanted to write a good story with believable and loveable characters, and I wanted to be faithful to those category romances I loved to read, years ago.
Bec- Well you pulled it off with flying colors on both counts believe me! Fans are gonna love this book as much as I do!
Yes! The only thing I’ve written that even comes close is a (very) smutty het romance I wrote years ago, From the Depths, that follows some of the traditional tropes, but is very erotic. Ironically, that book was also a challenge to myself. I wanted to see if I could write a sexually explicit story. I realized I could, and all of my books have pretty explicit sex scenes in them. First Comes Marriage is no exception, by the way. It’s a very slow burn, but it has two very sexy scenes!
Bec- I bet it is both exciting and a little bit scary to go out of your comfort zone, but you did a terrific job!
Definitely! In fact, I’ve signed on to write a second Dreamspun story that will come out sometime in 2017. I’m also exploring mixing up my usual angsty stories with lighter romances that have some of the hallmarks of the Dreamspun Desires books. I just submitted one to Dreamspinner Press that will come out sometime this summer. It’s a second chance at love trope with a Hollywood action star and his soon to be ex-husband, a university professor.
Bec- Oh wow, that sounds fantastic, I can't wait to get my hands on it, and I am so excited you are doing another Dreamspun Desires book! Thanks for stopping by Shira, this was so much fun!
NOW FOR THE EXCERPT FROM THE BOOK: YOU GUYS WILL JUST HAVE TO READ IT AFTER THIS :D!
Now, standing in the conference room of Windview Enterprises’ corporate headquarters near South Ferry in Manhattan, one of the matching platinum bands Jesse had bought for them in his pants pocket, Chris wondered if he’d wake up from the dream. The floor-to-ceiling windows looked out over Wall Street and the East River through the forest of high-rise buildings.
“Do you, Jesse Chase Donovan, take Christopher James Valentine to be your husband, in love and in friendship, until you are parted by death?” the judge asked.
“I do.” As Jesse slipped the ring on Chris’s finger, he met Chris’s gaze with such intensity that for an instant, Chris could almost forget the entire ceremony was a ruse to ensure the future of Windview remained firmly in Jesse’s control. Damn the man for being so attractive. Damn him for being a nice guy, because that was the worst part of it. And the part that had you agreeing.
“And do you, Christopher James Valentine, take Jesse Chase Donovan to be your husband, in love and in friendship, until you are parted by death?”
Chris swallowed hard and prayed he didn’t look as incredibly nervous as he felt. “I do.” His hand shook as he took Jesse’s hand and put the ring on his finger.
“Congratulations, Chris and Jesse,” the judge said.
Chris caught Val’s eye for a split second, and he half expected her to urge him to kiss Jesse. But it was Jesse who took charge and blindsided Chris with a kiss.
It started sweetly enough, just Jesse’s lips against his, but instead of releasing Chris, Jesse pulled him tighter against him and pressed his tongue into his mouth. Jesse tasted fucking amazing. Chris didn’t hesitate—their tongues tangled and danced. This close, Jesse smelled good and felt even better. Chris was barely aware of slipping his hands around Jesse’s back before resting them on lean hips. He didn’t think twice as his body and Jesse’s responded in kind.
Someone giggled—Chris recognized Val’s voice—and Jesse pulled abruptly away. Their eyes met for a split second, and Chris thought he saw a mixture of desire and surprise in Jesse’s deep blue eyes. The next thing Chris knew, Val had thrown her arms around him and only his racing heart and tingling lips told him he hadn’t imagined the entire thing.
“Oh, Chris,” Val cooed. “You really did it!”
“Yeah” was the only response Chris could manage. He was still thinking about Jesse’s mouth.
“I guess I was wrong about him being straight,” she whispered mischievously.
Chris was thrilled when Terry grabbed him in a bear hug, because he had no idea how to respond to Val’s comment. He also wasn’t sure if he should be pissed off with Jesse for the show. He supposed if this was going to work, Jesse needed to make the marriage look real. Still, how difficult would it have been to warn Chris that he had that up his sleeve?

GREAT HUH? I KNOW IT IS! BE SURE TO ENTER THE RAFFLECOPTER BELOW FOR YOUR CHANCE TO WIN A DOZEN ROSES!! HOW COOL IS THAT! GOOD LUCK!
a Rafflecopter giveaway


THANKS FOR JOINING ME FOR THIS BLOG TOUR STOP, REVIEW AND INTERVIEW GUYS, I HAD A BLAST AND I HOPE YOU DID TOO! TAKE A LOOK AT THE REST OF THE TOUR STOPS AND MAKE SURE TO STOP BY! 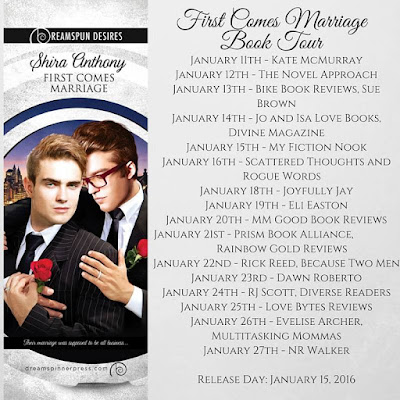 at January 13, 2016
Email ThisBlogThis!Share to TwitterShare to FacebookShare to Pinterest