HELLO FRIENDS, I AM HERE TODAY WITH A STUNNING BOOK BY VICTORIA SUE, THE INNOCENT AUCTION, IF YOU ARE A FAN OF REGENCY ROMANCE YOU DON'T WANT TO MISS THIS ONE! I HAVE MY REVIEW, LINKS, AND EVEN AN EXCERPT FOR YOU SO LET'S GET STARTED: 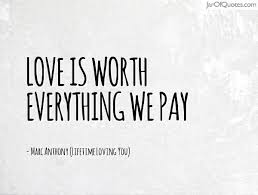 THIS QUOTE IS SO PERFECT YOU JUST DON'T EVEN KNOW! :P! HERE IS MY REVIEW:

The Innocent Auction by: Victoria Sue
reviewed by: Becky

Their love was a death sentence.

Deacon, Viscount Carlisle, was aware of the slums and gin-lanes of London. Just as he was aware of the underground traffic that furnished the brothels and bath houses with human innocents. He was also aware that the so-called justice system would hang the accused without much of an attempt at a defense, unless the unfortunate had deep pockets to pay for it.

He just hadn’t expected to be directly involved in any of it.

It started with a plea for help and ended with forbidden love, the love between a Viscount and a stable-boy. An impossible love and a guarantee of the hangman's noose.

Will Deacon fight for Tom? Will he risk the death sentence and take that fight from the stately halls of his English mansion to the horrors of Newgate Prison and the slums of London?

Or will he realize that if he doesn't, death will be a welcome end to the loneliness of the sentence he is already living? 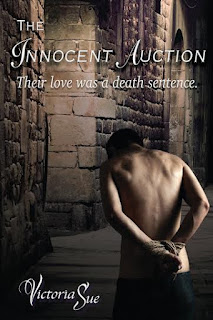 This book proves that Victoria Sue can write anything she sets her mind to, be it shifter romance or regency, like this stunning read, and everything in between! I was enthralled with this story from cover to cover and you will be too!

Deacon is amazed to find himself drawn to a stable boy, one that comes from a place so horrible Deacon, as a Viscount couldn't imagine. Tom awakens feelings in Deacon he didn't know were possible, and their passion is off the charts!

Deacon's legacy is in trouble of the financial sort and he needs a wife and heir to sort it out, but where does that leave Tom if he gets one? Tom won't stay and be second and Deacon can't blame him, can Deacon somehow have Tom and a solution to his problem at the same time?

In this book we see Tom's unwavering devotion to Deacon. Tom is there for Deacon through heart wrenching happenings, and he will protect Deacon and serve him no matter what the cost, even his freedom!

Can Deacon save Tom from the clutches of evil from Tom's past, or will he be to late?

You guys have got to read this book, it is amazing and you will love it as much as I did! Thanks Victoria, for proving that you can write anything you set your mind to and make it amazing! 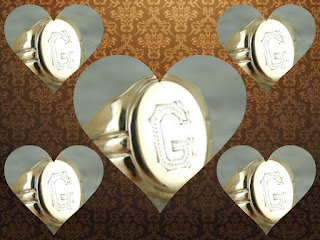 MAN I JUST HAD TO DO THE G RING RATING, YOU WILL SEE WHY! HERE ARE THE LINKS FOR THIS BOOK, GRAB YOURS TODAY!

TRUST ME FRIENDS, GRAB THIS ONE RIGHT NOW :p! HERE IS AN EXCERPT FOR YA:

Heaving lungfuls of air, Deacon rested his head on Tom’s shirt front. Tom stood back, dropped the towel, and without another word, picked up the cloth to carefully wash his lordship. Deacon lazily stretched as Tom handled his flaccid cock. Tom flushed, then finally stood back.
“Have you done?” Deacon said in a low voice. He’d caught the slight wince when Tom stood back, and he could see the obvious bulge against the front of his trousers.
Walking to the door, Deacon turned the key in the lock while meeting Tom’s surprised gaze. “Drop your trousers and lay on the bed.” Tom’s lips parted in surprise, but Deacon calmly waited until he hurriedly complied. Deacon smiled lazily. “That’s twice you’ve taken care of me. Don’t think I don’t know.”
Tom swallowed. His eyes widened as Deacon took a step closer, grabbing him by the waist. “Must I strip you myself?” Deacon bent his head and caught Tom’s lips with his own. He slapped away Tom’s suddenly clumsy fingers, then unbuttoned his trousers himself. When Tom kicked his shoes off, Deacon broke away and bent to yank them down until Tom stepped out of them. Tom’s cock jutted up, red and weeping. Deacon pushed him back on the bed and climbed on after him. He lay half on his side, trapping Tom beneath him, but so he could reach Tom’s cock. “What I really want is to have all day,” Deacon said, wrapping his fist around Tom’s prick. Tom’s head banged back against the bed as if his neck could no longer support it.
“I want us to have the house to ourselves. I want us to bathe each other slowly, and then I would kiss every inch of your skin,” Deacon continued. Tom whined in his throat, and Deacon felt more spend dribble from his cock. He slicked his thumb and rubbed it around the tip, pushing the foreskin back gently. He could feel Tom’s shuddering breaths underneath him.
“I would keep you on the edge all day, drive you insane until my very touch inflamed you and you begged me for release. Then I would make you get on your hands and knees while I knelt up behind you.”
“Please. God, please,” Tom pleaded as his body tried to thrust beneath Deacon’s hands.
“I would coat my thumbs with oil and trace your crease as my fingers found your entrance.” Deacon let go of Tom’s cock as he trailed his fingers underneath his ballocks, making Tom gasp and shudder. Wrapping his hand firmly around Tom’s cock again, he whispered against his ear. “Then I would coat my prick with oil and tease your arsehole until you cried and begged for me.” Tom jerked into Deacon’s fist. “Then I would thrust my cock into that arse until you were filled. I’d rut against you, fill you up, make you mine.” Tom arched and cried, and Deacon felt the heat flow into his hand. He gentled his fingers, but reached over and captured Tom’s lips, swallowing the second cry. He teased Tom’s cock until he heard the whine that spoke of a little pain, then opened his fingers and rested his palm, gentling the onslaught of his mouth.
He felt the shudder underneath him and opened his eyes. There—that look on Tom’s face. The dazed breathless look of satisfaction and wonder. Deacon smiled. He’d been wrong before. Tom wasn’t beautiful then, and he wasn’t beautiful now. He was magnificent.

WOO HOO, YOU CAN'T WAIT TO READ IT RIGHT? GREAT :p! THANKS FOR JOINING ME FOR MY REVIEW OF THE INNOCENT AUCTION, DON'T WAIT ANOTHER SECOND TO READ IT! SEE YOU NEXT TIME!

at January 02, 2016
Email ThisBlogThis!Share to TwitterShare to FacebookShare to Pinterest