YOU GOTTA LOVE A GREAT SURPRISE, AND NOTHING IS BETTER THAN A BOOK YOU WERE LOOKING FORWARD TO COMING OUT EARLY!! BELONGING; BOOK 8 IN THE FIRSTS & FOREVER SERIES BY ALEXA LAND IS OUT NOW!!  I HAVE MY REVIEW, BUY LINKS, AND AN OH SO FUNNY EXCERPT SO LET'S GET STARTED: 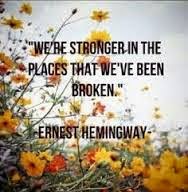 I LOVE THIS QUOTE FOR BOTH THESE AMAZING MEN! HERE IS MY REVIEW:

Belonging (Firsts and Forever #8) by Alexa Land
reviewed by: Becky


Can two damaged men build a future together from the shattered pieces of their lives? Gianni Dombruso’s life was altered forever at the age of four, when his parents were murdered and he and his brothers went to live with their grandmother, the irrepressible Nana Dombruso. Now almost thirty, Gianni has spent his life bouncing from relationship to relationship, seeking but never finding the security and stability he so desperately craves. Alexzander Tillane was one of the biggest pop stars in the world when he walked away from it all in the middle of a concert in 2002. Almost destroyed by the pressure of fame, Zan retreated to a life of quiet solitude in an effort to heal. But the cure backfired, leaving him with more issues than answers. Zan knows he can’t give Gianni the stability he’s looking for, not with all his problems. He can’t even imagine why the beautiful younger man would want to get involved with someone so damaged, but the heat between them can’t be ignored. Giving in to it could be a huge mistake. Or maybe both men might end up right where they belong. 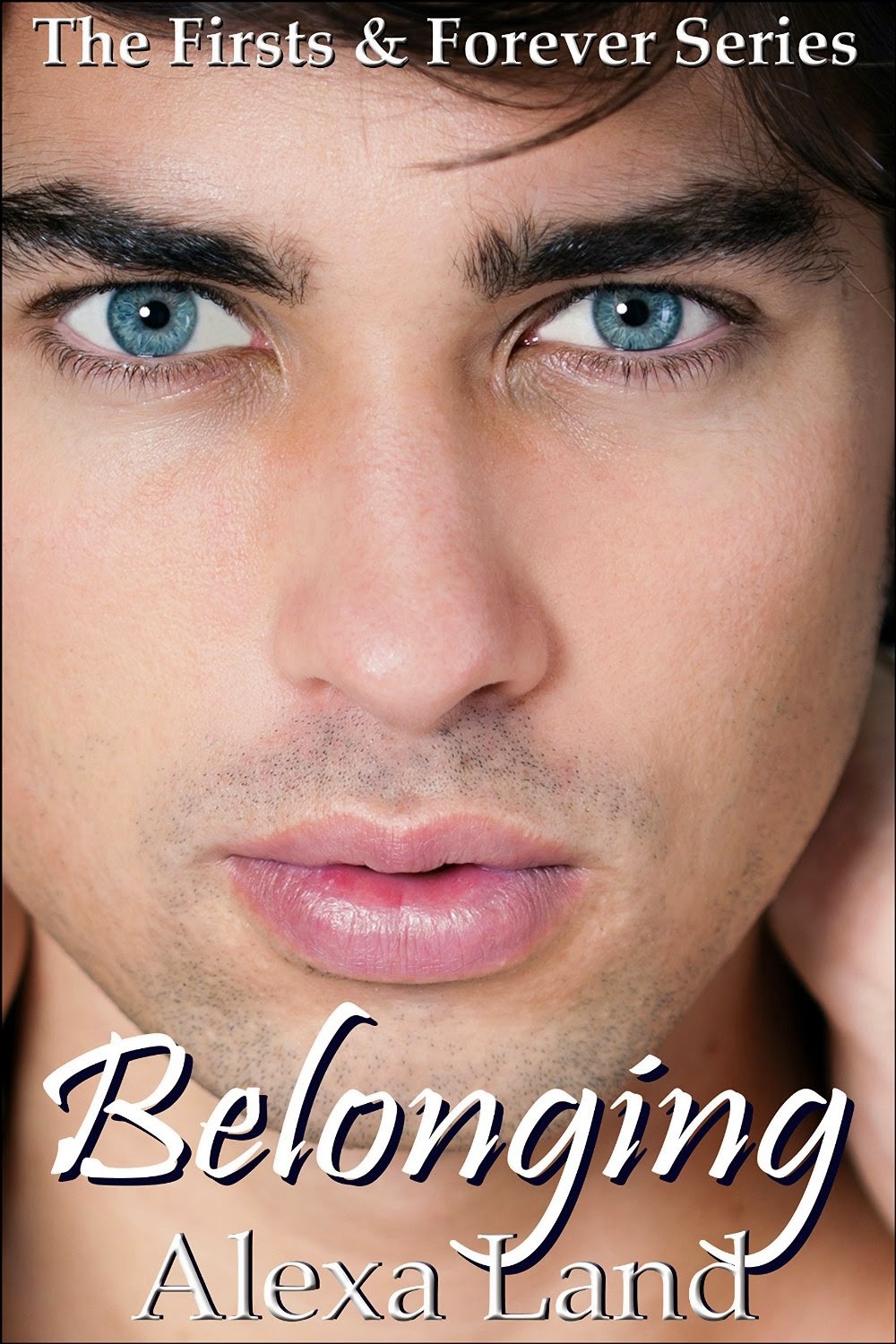 I have wanted to hug Gianni since the first time I met him in Trevor's book, you could just feel his loneliness and need to be loved. Again this is the mark of a great author when you can feel a secondary character so strongly!

Gianni works for Zan Tillane, Christian's dad, and recluse rock star. These two men just can't get along, and Gianni feels that whatever he does, even trying to introduce Zan to new things (now those scenes are EPIC), he can't get through to him.

Gianni meets an actor who gives him attention, but not in the best way, will he make a mistake and leave to be someone's dirty secret, or will a certain rock star wake up and smell the kumquats?

This is a beautiful story with many many funny moments, but as always in a Alexa Land book, at the forefront is love, and acceptance and family. Will Zan be able to accept all this after shutting everyone out of his life but Christian for more than a decade?

Don't miss this one friends, if you are a fan of the series, you are chomping at the bit, and if you are just finding out about it, I will include Alexa's amazon page so you can check out the other wonderful books in this series! Thanks Alexa, for giving us a delightful story worthy of these two men, but most of all for continuously making us feel your stories!


I HAD TO DO THE BRASS SEXTANT RATING, YOU WILL SEE WHY ;)! HERE ARE THE BUY LINKS:

AND HERE IS AN EXCERPT THAT IS SURE TO MAKE YOU GIGGLE:

Zan was standing on the far side of the kitchen island with a glass of water when I came into the room. “I brought you something,” I said as I reached into the sack and grabbed its contents. He frowned at me as I held my hand over the kitchen island and dropped half a dozen little objects onto its surface. “Don’t throw them outside. I mean it.”
“For fuck’s sake,” he exclaimed. “Why have you brought me Lilliputian oranges? What am I meant to do with them?”
“They’re not oranges. They’re kumquats, and you’re meant to eat them.”
He stared at me like I was completely insane. “Why?”
“Because they’re delicious, because I don’t want you to die of scurvy, and because you need to try new things.”
“This is your idea of getting me to try new things? Mutant micro-oranges?” Zan asked.
“Yes. They’re small, cute and in no way intimidating.”
He was still staring at me. “Why would anyone eat that? Because they wanted to pretend they were a giant? ‘Oh, look how big I am with these tiny oranges!’ Is that the idea?”
Now it was my turn to stare. “No.”
“So what’s the point, then? By the time you finish peeling the little blighter, you’re left with maybe half a teaspoon of fruit.”
“Actually, you eat them peel and all.” His expression of utter disgust made me roll my eyes. “Oh, come on! You’re acting like I’m asking you to eat a bug.”
“That’s probably next week’s exercise in trying something new.”
I plucked one of the kumquats off the counter and said, “Watch. This is no big deal. You just remove the stem if it has one,” I did that, then headed to the sink, “and give it a quick rinse.” I did that, too, and dried my hand and the fruit on a towel before returning to my side of the kitchen island. “Then you just eat the damn thing!”
When I popped the little fruit in my mouth and bit down, my eyes went wide. It was like biting into a lemon. Instantly, I teared up and my cheeks sucked in. I wanted to spit it out but I’d been trying to make a point, so I quickly chewed it up and swallowed it. I couldn’t quite stop myself from yelling, and it came out something like, “Arrrghfuckinghell!” But then, in the interest of trying to support my kumquat idea, I tacked on, “Refreshing!”
Zan doubled over laughing, hanging on to the kitchen island to keep from falling over. I fought back a smile, put my hands on my hips, and waited him out. When he finally got it under control, he had to dry his eyes. He exclaimed, “Bloody hell, that was entertaining! My only regret is that I wasn’t able to get it on video. Now do you see why I refuse to eat the weird shite you bring me?”
“They’re not usually that sour,” I told him.
“Well maybe if they let those wee bastards grow bigger than a squirrel’s balls they’d have a chance to sweeten up a bit.”
“Oh come on!” I grabbed a couple of the rounder kumquats off the counter and held them up, side by side. “Where the hell have you ever seen mutated squirrels hung like this? Did you vacation in Chernobyl as a kid?”
His expression became grave. “Yes, actually. I was raised by a single mum and money was tight. You could get really good hotel prices in the Ukrainian countryside just outside the fallout zone in the years following the Chernobyl disaster.”
“My God, are you serious?”
This set him off on another laughing fit. “No, I’m not serious! My mum wasn’t daft. We’d vacation in Brighton for fuck’s sake, not the Soviet Union! You’re as gullible as a four-year-old girl.”
I crossed my arms over my chest and told him, “That’s sexist. A four-year-old girl would be no more or less gullible than a four-year-old boy.”
“Fair point. I amend my previous statement. You’re as gullible as a four-year-old child of unspecified gender.”
“You suck.”


“Furthermore,” he added, “Chernobyl happened in 1986. I was twenty at the time. Were you picturing me at that age in a pair of short pants and a sailor hat, skipping along merrily with my mum on holiday while all around us, mutant giant-balled squirrels cavorted?” He was still chuckling.


TOLD YOU THAT YOU WOULD GIGGLE! NOW GRAB THE BOOK AND GET READY TO RUN THE GAMUT OF EMOTIONS WITH THIS ONE! HERE IS ALEXA'S AMAZON AUTHOR PAGE SO YOU CAN CHECK OUT THE OTHER BOOKS IF YOU DON'T HAVE THEM:

THANK YOU FOR TAKING A LOOK AT BELONGING WITH ME! NOW HAPPY READING! :)

at April 16, 2015
Email ThisBlogThis!Share to TwitterShare to FacebookShare to Pinterest