WHAT WHO WRITES IS READING WEEK 8: ANDREW JERICHO!! 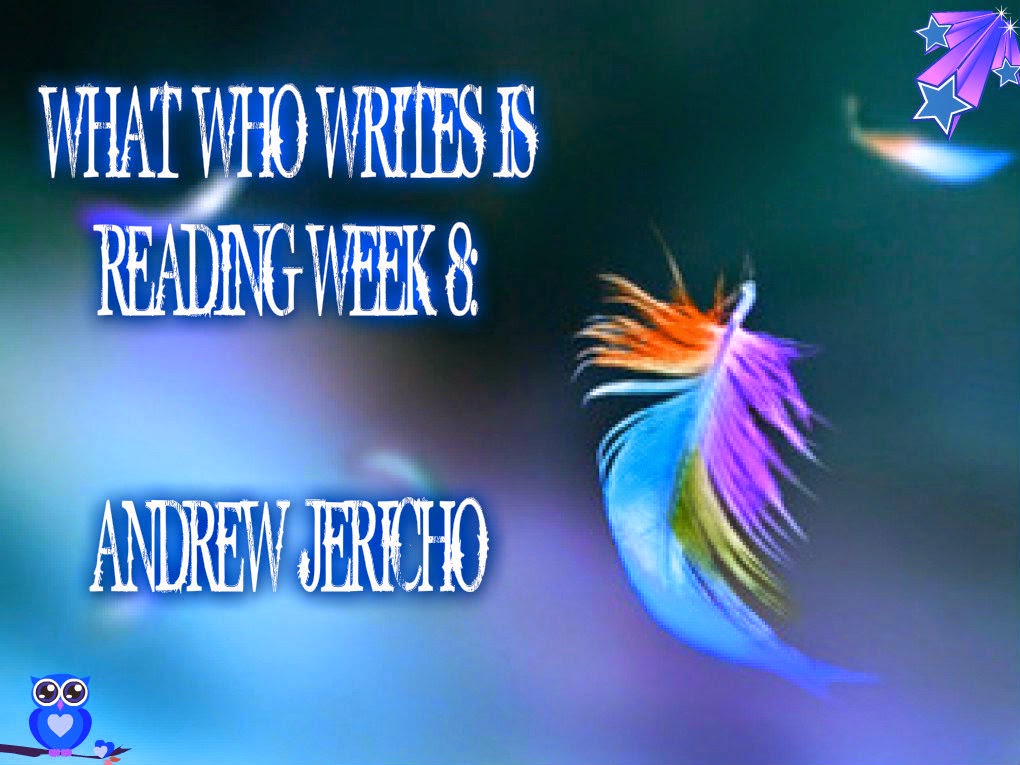 HELLO FRIENDS! IT IS WEEK 8 OF WHAT WHO WRITES IS READING AND I AM SUPER EXCITED TO HAVE ANDREW JERICHO THIS WEEK! I CAN'T WAIT TO SEE WHAT BOOK OR SERIES HE HAS FOR US! LET'S TAKE A LOOK:

Thank you, Bec, for inviting me to What Who Writes Is Reading. My Kindle Fire always screams my name—too many books on the TBR list and not enough time. I have many favorite authors and books. Due to time constraints, and my position as a writer, I rarely post written reviews. However, I occasionally share my thoughts on other’s works. So, when Bec approached me I had just begun reading The Paint Store Boys series by Berengaria Brown.
If you enjoy ManLove, I would recommend all four books in the series. Berengaria does an excellent job creating characters which are believable and representational of the many different types of gay males. Who was my favorite character? Of course, Basil King, from Sunshine Yellow Days (The Paint Store Boys 1). My partner, John, is a flamboyant gay male, so Basil’s character made me smile many times.
The dialogue throughout the series was sensual and romantic. Berengaria added each man’s personality and his relationship dynamic to the conversation. I’m what you would call ‘old school gay,’ and it was refreshing to find a series which showed men who identified as tops, bottoms, and versatile. Overall, I believed the best dialog:

“I want you.”
“That’s just as well, because I sure as hell plan to have you tonight.”
Conversation between Max Hall and Nicholas O’Hare, Popping His Cherry

“Every time is the best one yet,” ~ Michael Taggart, Blue Bird of Happiness

“Nothing arouses me faster than a hot ass like yours.” ~ Samuel Gosling, Deep Purple Dreams


OK, I NEED THESE BOOKS NOW! HERE IS THE INFO ON THIS SERIES:

Edward Robinson is a failure, nervous, frightened, bullied, and unemployed. Basil King, a flamboyantly gay interior designer, sees the man behind the pain. He has designs on Ed. Basil is one of the owners of The Paint Store, along with Cuthbert, Roland, and Max, and he offers Ed a job there. As Ed settles in and enjoys the work, Basil invites him out to a gay bar for a drink. Ed has tried so hard to fit in, to be invisible, to be ignored. Someone who looks and dresses as outrageously as Basil, yet without being hated, is an inspiration to him. Not that he could ever look or act like that. But maybe working for Basil and his friends will help him get some self-confidence so he can begin to reclaim his life and his self-respect. When Basil wants to date him he can't believe anyone would care for a person like him. But he accepts the date anyway.

Builder Max Hall and Detective Nicholas O'Hare have a wonderful night together after the court case between The Paint Store and serial pest Mitchall. But then they're both very busy at work, and Max doesn't answer Nick's calls. Is their romance over before it really began? Max had admitted to Nick that this was his first gay romance. Max was adamant that he'd gradually realized he wasn't attracted to women and craved the rougher, tougher love of another man. Was he lying? Was all his talk about wanting to have his male cherry popped just talk, and once he'd had the experience he'd decided to revert to loving a woman? Had Max just used Nick? Nick thought there was genuine love between them, but if so, why isn't Max answering his cell phone anymore? But the problem is much deeper than that. Something has happened to Max.

Roland Clarke has a cat, Mr. Claws. Michael Taggart inherits two lovebirds, Bonnie and Clyde, from his sister Adelaide's friend, when Adelaide takes an unexpected vacation. Bonnie can open the cage door and escape. Roland and Mike are seriously interested in each other, but first it's Adelaide ruining their opportunities to spend time together because of all the drama in her life. And then it's the birds constantly escaping from their cage. How can Roland and Mike ever spend the night together when the birds are liable to be a tasty snack for the cat if Mike can't find a way to make them stay in their cage? Michael and Roland both desperately want to get to know each other much better, and on a much deeper level, but it seems the harder they try to plan time together, the more things go wrong.

Underneath Cuthbert Lewis's prim charcoal suit beats a heart that longs for a bad boy to spank him and love him completely and thoroughly. Ponytailed, tattooed Samuel Gosling knows exactly what he needs. Starting with getting up close and personal against the alley wall outside Pinky's gay bar. Cuthbert is the final co-owner of The Paint Store. All his friends have found their Mr. Right, but happiness hasn't come his way yet. And just when he thinks Samuel might be his answer, he discovers that due to his trusting innocence someone has been taking advantage of him at work. Sam is falling for Cuth fast and hard, but can two such very different people ever find common ground, other than against a wall? Is Cuthbert too naive to cope with the real world? And what about the other The Paint Store owners? Are they going to get involved as well?

HELLO!! GOTTA HAVE ALL OF THESE LIKE NOW!! THEY LOOK GREAT! I HAVE DONE SOME REVIEWS FOR ANDREWS AWESOME BOOKS HERE ARE THE LINKS:

HERE IS A LITTLE BIT ABOUT ANDREW! THANKS ANDREW FOR A GREAT POST AND BRINGING US A GREAT SERIES I CAN'T WAIT TO GET MY HANDS ON!! 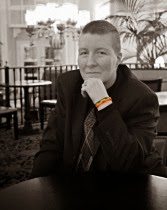 at March 06, 2015
Email ThisBlogThis!Share to TwitterShare to FacebookShare to Pinterest