WHAT WHO WRITES IS READING WEEK 7 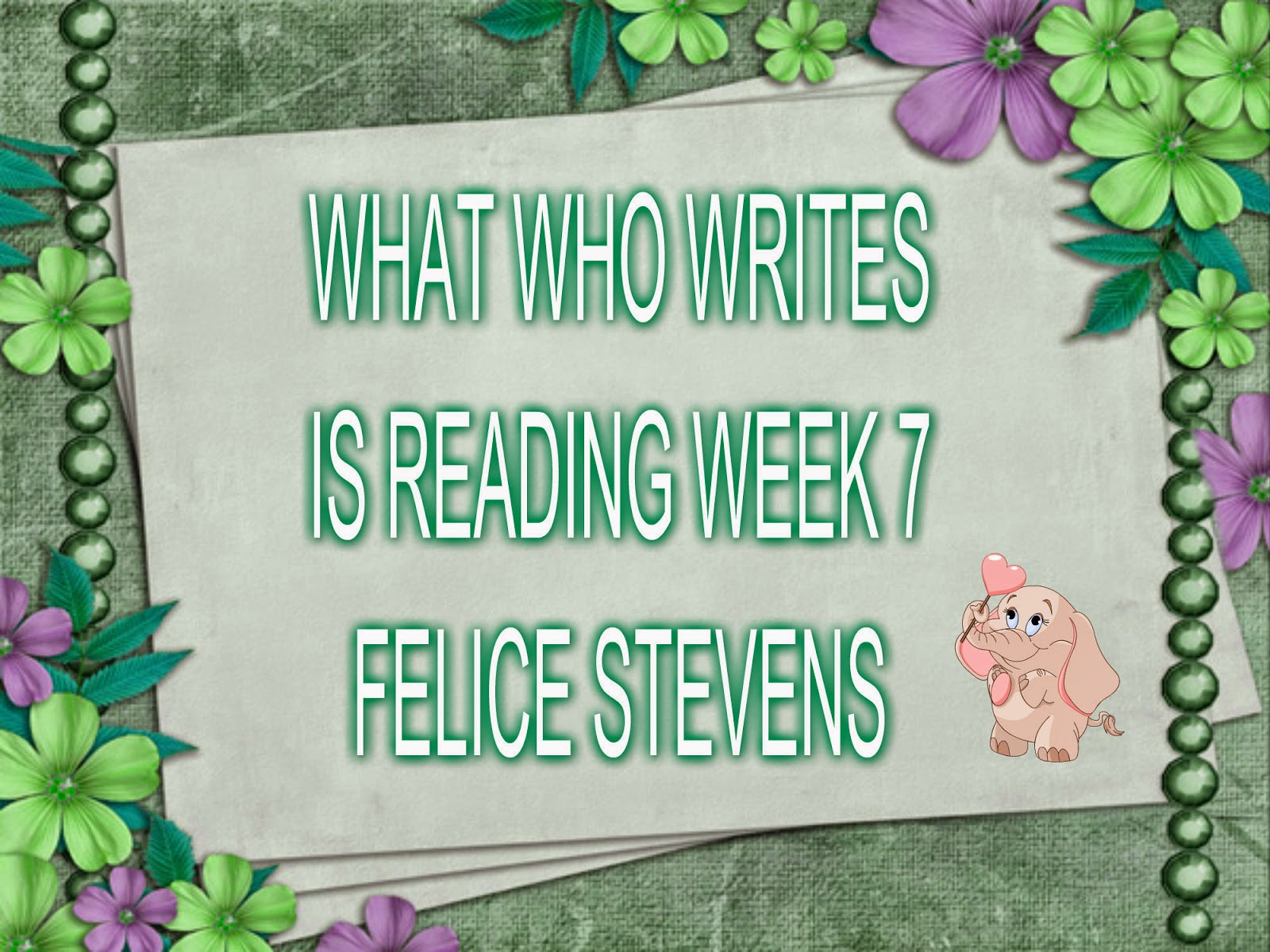 HELLO FRIENDS! WE ARE AT WEEK 7 OF OUR 'WHAT WHO WRITES IS READING' SERIES, THIS WEEK WE HAVE THE WONDERFUL FELICE STEVENS!

ONE OF THE REASONS I AM GLAD THAT WE CAME UP WITH THIS SERIES IS THAT NOT ONLY DO THE FANS KNOW WHAT THE AUTHOR LOVES, BUT WE GET INTRODUCED TO SO MANY GREAT BOOKS AND AUTHORS! I AM GONNA SPEND MONEY THIS WEEK; NO DOUBT ABOUT IT! HERE IS FELICE'S POST:

My favorite book. Hmm. I guess it’s a good thing books don’t have feelings, because I have so many, that I’d be afraid of hurting their feelings. And I’m sticking to the gay romance genre. But if I had to pick one, I’m going to cheat and pick a series. The Adrien English series by the fabulous Josh Lanyon.
Those who know me know I consider myself a Fanyon; one of Josh’s biggest fans. After reading the A.E. series, I purchased almost his entire backlist, which is no small potatoes. He has quite a few titles. What about Adrien English you might ask is so amazing? First of all there’s a little mystery story in each book, and I’m a mystery groupie.
Second, the writing is so damn good. Each word is chosen for a reason, the scenes are beautifully crafted and in every book you feel as though you are there with the character.
Third, the characters themselves. Josh Lanyon typically has at least one character who has a bit of an issue, whether it a physical or mental health issue. I find that endearing and makes me care about the characters even more. Lanyon has had characters with a heart conditon, asthma, anxiety and a whole host of issues.
But what I really love the most is the connection between the love interests in the Josh Lanyon books I’ve read. Sometimes when you start you wonder how these two men are going to get together, yet in the end, it was exactly how it was meant to be. And that’s what a great romance is all about.

OK I DON'T KNOW ABOUT YOU GUYS BUT I REALLY NEED THESE BOOKS NOW! I AM GONNA PUT THE COVERS AND BLURBS AND LINKS UP, BOOKS 1-3 THEN 4 & 5, HERE WE GO: 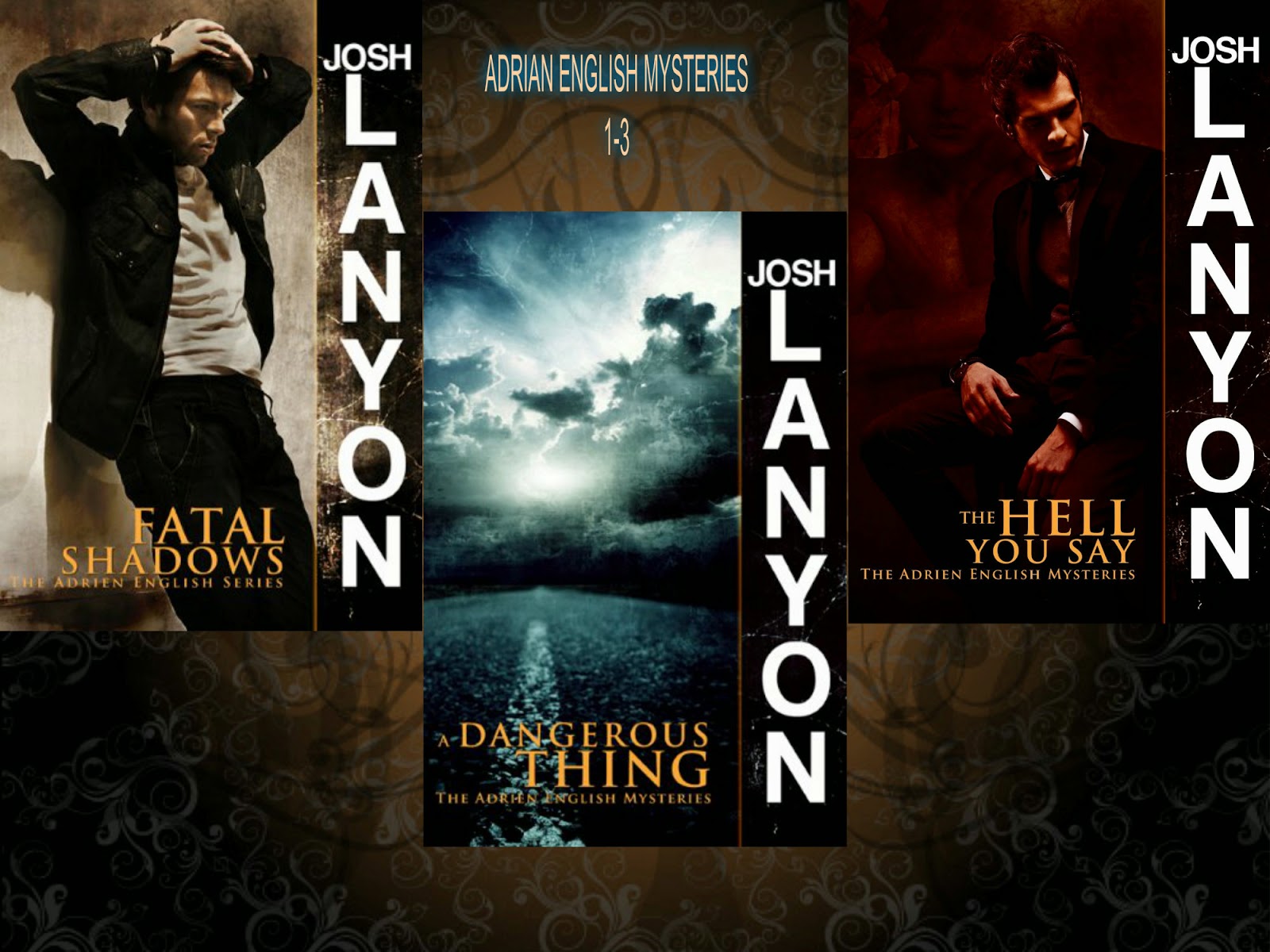 BOOK 1: FATAL SHADOWS:
One sunny morning Los Angeles bookseller and aspiring mystery author Adrien English opens his front door to murder. His old high school buddy (and employee) has been found stabbed to death in a back alley following a loud and very public argument with Adrien the previous evening.Naturally the cops want to ask Adrien a few questions; they are none too impressed with his answers, and when a few hours later someone breaks into Adrien's shop and ransacks it, the law is inclined to think Adrien is trying to divert suspicion from himself.Adrien knows better. Adrien knows he is next on the killer's list.

In this second LA-based adventure, bookseller Adrien English arrives at the Pine Shadow Ranch (left to him by a beloved grandmother) to find a corpse in his driveway. But by the time the unfriendly local sheriffs arrive, the body has disappeared.Who are the mysterious strangers excavating on his land? And will he sort out his problems with LAPD Detective Jake Riordan, heavily into S/M sex but not so hot on relationships? Find out in this engrossing, slyly witty thriller.

Demons, death threats...and Christmas shopping.It's gonna be one Hell of a Holiday.In the third in the popular Adrien English series, the "ill-starred and bookish" mystery writer has to contend with a Satanic cult, a handsome university professor and his on-again/off-again relationship with the eternally conflicted LAPD Detective Jake Riordan. And, oh, yes, murder...

OH MAN THESE LOOK SO GOOD, I AM TRYING TO USE THE LINKS BEFORE I PUBLISH THE POST ;) HERE ARE BOOKS 4 & 5! 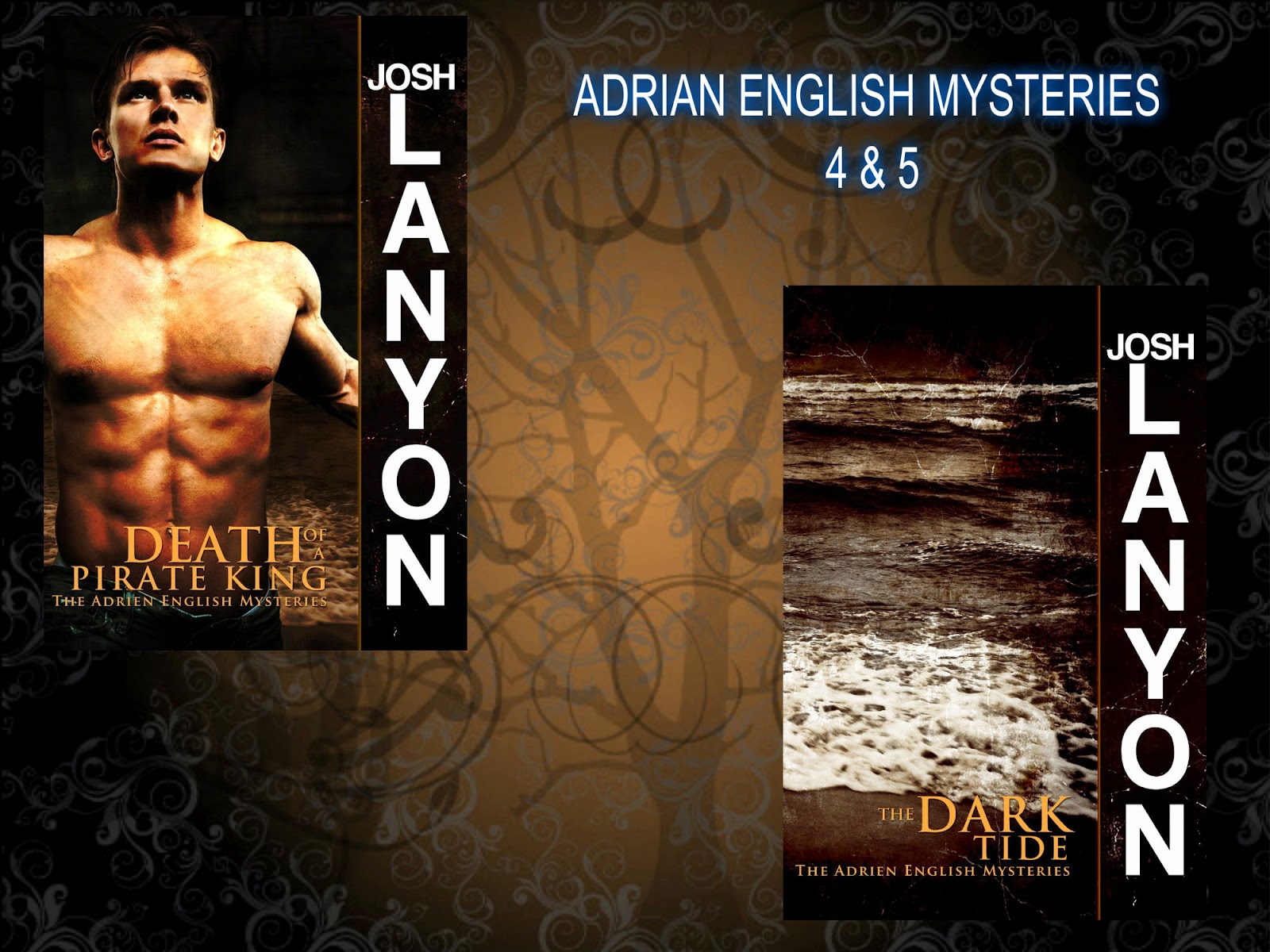 BOOK 4: DEATH OF A PIRATE KING:

Gay bookseller and reluctant amateur sleuth Adrien English's writing career is suddenly taking off. His first novel, Murder Will Out, has been optioned by notorious Hollywood actor Paul Kane. But when murder makes an appearance at a dinner party, who should be called in but Adrien's former lover, handsome closeted detective Jake Riordan, now a Lieutenant with LAPD -- which may just drive Adrien's new boyfriend, sexy UCLA professor Guy Snowden, to commit a murder of his own.

Like recovering from heart surgery beneath the gaze of his over-protective family isn't exasperating enough, someone keeps trying to break into Adrien English's bookstore. What is this determined midnight intruder searching for?When a half-century old skeleton tumbles out of the wall in the midst of Cloak and Dagger Bookstore's renovation, Adrien turns to hot and handsome ex-lover Jake Riordan -- now out-of-the closet and working as a private detective.Jake is only too happy to have reason to stay in close contact with Adrien, but there are more surprises in Adrien's past than either one of them expects -- and one of them may prove hazardous to Jake's own heart.

HOLY CRAP DO THESE LOOK GREAT! CAN'T WAIT TO READ THEM! THANK YOU FELICE FOR DOING A POST WITH US! I HAVE REVIEWED SOME OF FELICE'S BOOKS, HERE ARE THE LINKS:

BEC'S REVIEW OF A WALK THROUGH FIRE

BEC'S REVIEW OF AFTER THE FIRE

THANKS FOR JOINING US FOR WHAT WHO WRITES IS READING WEEK 7! :) 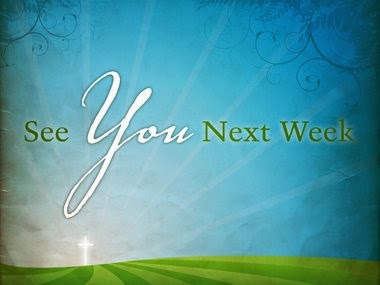 at February 27, 2015
Email ThisBlogThis!Share to TwitterShare to FacebookShare to Pinterest