HEY FRIENDS, I HAVE MY GIRL AMY CASEY'S REVIEW OF FIRE AND ONYX: CARLISLE DEPUTIES 5 BY ANDREW GREY. TAKE A LOOK AT HER REVIEW AND THE BUY LINK BELOW: 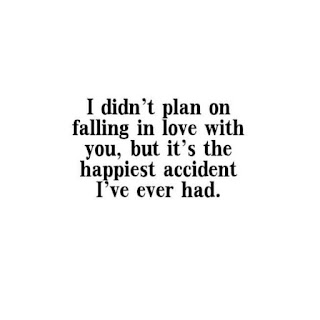 
Undercover sheriff’s deputy Evan Whittaker is close to infiltrating a vicious local gang. He just needs to find an opening. Instead, he finds Wes Douglas, a web designer who is raising his irresponsible brother’s son. Wes agrees to help with a stakeout, but he pays the price when his home is destroyed in a shootout.
Evan’s always been a loner, but when he invites Wes into his home, living together feels right, and the two men only grow closer as they adapt to each other’s lives and rhythms. A future as a family looks brighter by the day, but all of that could collapse when Wes’s brother—and his connection to the drug dealers—crashes into the life they’re carefully building. 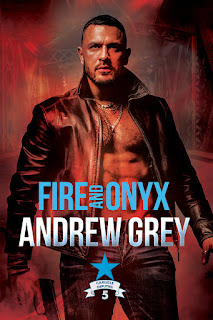 Wes Douglas and Evan Whittaker meet under challenging circumstances.   Wes knows his brother Trey is hanging with the wrong crowd, up to no good but he just doesn’t know what.  Worried about Trey’s son, who Wes has guardianship over, he doesn’t want to rock the boat.    Evan is an undercover cop trying to break up a drug ring.  Meeting Wes, it may be his way in to the gang through his brother.  He didn’t mean to have feelings for Wes and little Greyson.  After a shootout in front of Wes’ parents house, Evan let’s Wes and Greyson move into the spare room.   Trying to shield Wes from trouble, Evan and his fellow officers must stop these gangs from more trouble.

Another great story from the Carlisle Deputies by Andrew Grey. He never disappoints!!  Wes and Evan are completely different but they connect, like a missing puzzle piece.  They work together to keep each other safe, fall in love and make a family for Greyson.   An emotional story with family tragedy and a loving relationship they didn’t see coming. 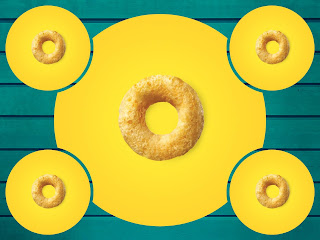 Definitely 5 Cheerios for this wonderful book!

THANKS AMY FOR ANOTHER GREAT REVIEW, YOU GUYS GRAB THIS BOOK AND GET CAUGHT UP ON THIS AMAZING SERIES! SEE YOU GUYS NEXT TIME!

at February 05, 2020
Email ThisBlogThis!Share to TwitterShare to FacebookShare to Pinterest