HEY FRIENDS, IT'S DAY 8 OF OUR HOLIDAY BOOK REVIEW BLITZ AND TODAY IT'S AMY'S TURN, SHE IS REVIEWING NOT JUST FOR CHRISTMAS BY ANNABELLE JACOBS SO LET'S TAKE A LOOK! 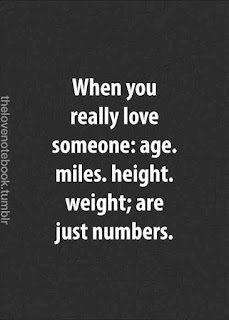 THIS QUOTE IS SO TRUE! HERE IS AMY'S REVIEW:

Not Just For Christmas
by: Annabelle Jacobs
reviewed by: Amy


Ben has Christmas, cats, and mistletoe on his side…. Jason doesn’t stand a chance For Ben Slater, moving back to Bristol means being closer to his family, living with his best mate, and volunteering at the local animal shelter. But there’s also Jason, his best mate’s eldest brother. Ben’s had a crush on Jason for as long as he can remember, but the eleven-year age gap has always seemed insurmountable. Jason Armitage works as a vet at his uncle’s practice. He owns a cute cottage on the outskirts of the city, and a loving dog. The one thing missing is someone to share it all with. His brother’s best friend seems a bad choice, but Jason can’t help taking a second look. Ben’s changed a lot since Jason last saw him; both in appearance and attitude. Gone is the shy young boy, replaced with a confident, twenty-four-year-old man. In the run up to Christmas, the festive period gives Ben the ideal opportunity to show Jason what he has to offer. But concerns for his brother’s feelings hold Jason back. If they have any chance of making this work, Ben must convince Jason that he’s old enough to know what he wants, and Jason needs to believe that a relationship with his brother’s best friend won’t ruin their friendship. 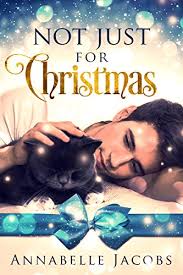 This is a wonderful holiday story!!  I could not put it down!!  Ben has been best friends with Liam for years, they are like brothers.   It’s Liam’s much older brother Jason, that Ben has crushed on forever but thinking it would never happen.

Ben moves back to town and has time off before he starts his new job, time to volunteer at the animal shelter.  Jason is a vet, and taking care of animals is what he loves to do.   When Ben and Liam bring in a kitten that has been hit by a car, things start to change for Jason and Ben.   Maybe being older isn’t a big deal.  What will Liam think of his best friend and brother dating?   Christmas is the time for special magic to happen and a little mistletoe might help too!! 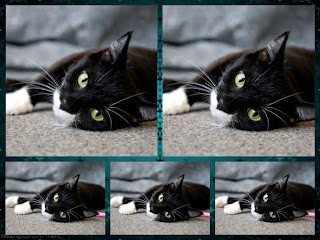 This book is definite 5 stars or 5 black kittens with white paws!!!   It has all the makings of a sweet holiday love story, funny and Christmasy!!  Definitely grab this one for a night by the tree!

HAHA GREAT REVIEW AMY, AND I LOVE THIS RATING! GRAB THE BOOK BELOW GUYS, YOU KNOW YOU HAVE TO READ IT NOW!

THANKS FOR JOINING US FOR DAY 8, SEE YOU TOMORROW FOR DAY 9! 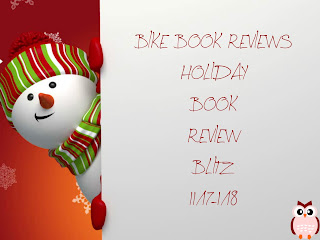 at November 29, 2017
Email ThisBlogThis!Share to TwitterShare to FacebookShare to Pinterest