HELLO FRIENDS, BELOW IS MY REVIEW OF CHANGE OF HEART: BE THE CHANGE SERIES: BY A.M. SNEAD, ALONG WITH A LINK AND EXCERPT! THIS WAS AN AMAZING SHORT STORY AND I RECOMMEND IT TO ALL! LET'S TAKE A LOOK: 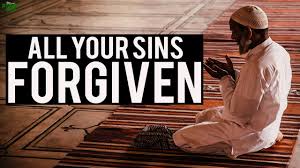 THIS IS A WONDERFUL LESSON, ALONG WITH MANY MORE, TAUGHT IN THIS STORY: HERE IS MY REVIEW:


Change Of Heart:
Be The Change Series
by: A.M. Snead
reviewed by: Becky

M/M Faith-based romance. Mild sexual content. For readers ages 16 and up.“His fears took him away. His heart brought him back.”What if homosexuality wasn’t a sin? What if the “clobber” passages in the Bible had been grossly misinterpreted? What if it really was “okay to be gay”? What if God “didn’t” hate homosexuals?These are questions youth pastor Dean Mitchell has addressed, and come to learn the damage he has caused the young people of his former church while heading up the Purity program—a conversion therapy course for Christian youth experiencing same-sex attraction.When Dean returns to his home church after being away for two years, no one is prepared for what he has to say. His heart is torn when he comes face to face with Nicholas Blake, the young man he had fallen in love with while attempting to help him overcome his homosexuality. Nicholas Blake—who is now engaged to a woman and, to all intents and appearances, “healed” of his homosexuality.Now, Dean must deal with his own wounded heart as he struggles to come to terms with his feelings about the young man and his newfound happiness with a woman, and his possible expulsion from the church he loves so dearly. 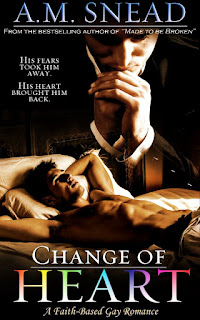 I think a question that this book raises is, "Can you have it all, your faith and the love of your life"? The way that question is answered in this story by one of my fave authors is stunning! The trip to the right place in your life may not always be pleasant, but it is always worth it.

Dean made a grave error when he headed up the 'Purity Program', which was a conversion therapy program at the Church where he used to be the Youth Pastor. When he heads back into town to hopefully right the wrong he committed, he is horrified to find Nicholas, whom he helped 'convert' engaged to a woman.

Dean must convince Nicholas that he isn't broken and wrong for being attracted to men, and Dean finds that he has a vested interest in the way Nicholas feels. Can Dean fix what he messed up? Will he even have a chance at love?

This book is amazing, and if you are not really a fan of Faith based romance, believe me, this one is a breath of fresh air, and like nothing you have read before, give it a chance! 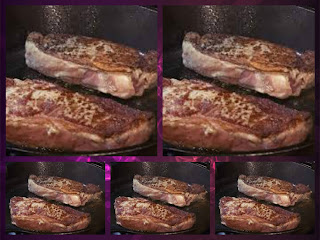 OH YES FRIENDS, I TOTALLY HAD A REASON FOR DOING THIS RATING ( BESIDES THE FACT I'M HUNGRY :p) GRAB THE BOOK BELOW AND FIND OUT WHAT IT IS!

HERE IS AN EXCERPT FOR YA!


“There’s some people here to see you,” Timothy said quietly and looked at Dean. “They’re in the parking lot.”
“People?” Dean frowned, uncertain. “What people?”
“Some people from the church,” was all Timothy offered. “This way.” He and Elliot moved away from Dean’s door and walked around to the motel parking lot.
Dean hesitated. People from the church. He stepped out and closed the door. Give me strength, Lord. Dean followed the boys around the corner. What he found, halted him in his tracks. He dragged his hand over his mouth, eyes wide. A small horde of young people ranging from all ages between teen to early twenties—and few older than that—were milling around the front of the motel. He recognized many of them as program participants from when he’d been here before, and some of whom had dropped out while Dean had still been overseeing the program.
A collective silence settled over them when they saw Dean standing there. Two young girls came forward hesitantly. He thought he recognized one of them as Nicole Warner—daughter of Edward Warner, one of the church deacons. She had been fourteen and new to the program when Dean had left. Her father was a stern man and Dean had tried many times to reason with him and help him understand that his daughter needed his love and support, not his scrutiny and judgment…to much avail; Edward Warner had continued to put pressure on Nicole to try harder and get better. He’d wanted a “quick-fix” and had often come down on Dean for not pushing her as well. But even at that time, Dean hadn’t believed in putting unbearable pressure on the kids. Nicole had had a hard enough time at home—he wasn’t about to add to her stress and anguish.
“Pastor Mitchell…” Nicole paused a few feet back. Dean didn’t know the girl that was with her but immediately noticed their clasped hands. They weren’t just “holding” hands—they were clinging together.
“Nicole.” Dean smiled warmly. “It’s so nice to see you again. How have you been? How are…things at home?”
She glanced at her friend. “I…I don’t live at home anymore,” she whispered.
“What?” Dean frowned. “Why don’t you?”
“Last year,” she said, “I…I quit the program.”
“Why?”
Nicole pressed closer to the other girl. “Because I…I fell in love.” Her eyes dampened. “My father…he told me if I quit, if I chose to live an…abominable lifestyle…then I couldn’t live under his roof anymore.”
Dean closed his eyes, his heartbreaking. “I’m so sorry, Nicole,” he whispered and looked at her.
“I-I heard what you said at church yesterday.” She bit her lip and her chin quivered. “Is it…is it really okay for us to…to feel this way? Will God still love us if…if we love each other?”
The rest of the small group was staring at him…so fearful yet clinging to hope.
Oh God, what did I do to them? His eyes filled. “Yes,” he whispered, shaking inside as he looked from one fearful face to another. Father, forgive me…forgive me for the unbearable pain I’ve caused them. Tears began to escape and slide down his face. “Yes, God still loves you. There is nothing unnatural or abominable about loving another person. God is love. What you feel inside…it comes from him.” He swallowed past the rising lump. “I’m so sorry…I’m so sorry I ever made any of you feel unwanted or unloved by God.”
“You didn’t.” A young man in his early twenties stepped forward, tears in his eyes. Bradley Hoffman. He’d been in the program for most of the years Dean had been there. With him was another boy from the program—Jeremy O’Leary. They had come to the program as former boyfriends, seeking help together. They had struggled so hard to deny their feelings for one another, convince themselves they could just be good friends and ultimately date girls. Dean had encouraged them, counseled them, but the anguish of heart in the two young men had remained up to the day Dean had left town. Looking at them now, he understood that their love had never died, had not even faded one tiny bit.
Years wasted in a futile struggle against a love they should have been encouraged to embrace.
“You never made us feel that way, Pastor Mitchell,” Bradley spoke with strong emotion. He looked at Jeremy. “Even at our weakest moments…you didn’t make us feel like we were failing God or that he would forsake us because we were having a hard time with it all. You cared about us more than anyone and…and it showed.” Tears formed. “Don’t feel bad for being part of that program, Pastor Mitchell. You were the best thing about it. And now, you’re the only one who cares about what we went through…the only who feels remorse.” He swallowed thickly, his breath uneven. “You were our saving grace then when we needed gentle guidance…and you’re our saving grace now when we needed someone to tell us that…we’re okay.” His throat worked and tears slipped free. “We love you, Pastor Mitchell…you saved us.”

YES, THIS BOOK IS AMAZING SO GRAB IT TODAY! THANKS FOR JOINING ME FOR MY REVIEW OF CHANGE OF HEART, SEE YOU NEXT TIME!

at October 15, 2017
Email ThisBlogThis!Share to TwitterShare to FacebookShare to Pinterest