HEY GUYS, IT'S DAY 31 OF OUR COUNTDOWN TO THE HOLIDAYS BOOK REVIEW EVENT AND I HAVE MY REVIEW OF CURSED MIRACLES BY MEG HARDING! THIS BOOK IS PART OF THE 2016 DREAMSPINNER PRESS ADVENT CALENDAR 'BAH HUMBUG' AND I LOVED IT! BELOW IS MY REVIEW, THE LINK, AND EVEN AN EXCERPT, LET'S GET STARTED! 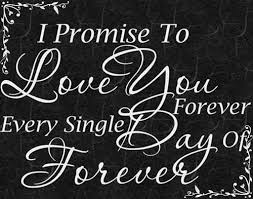 THIS QUOTE CERTAINLY APPLIES TO THE TWO MEN IN THIS STORY! HERE IS MY REVIEW:


Two hundred years ago on Christmas Eve, William Mashinter was frozen in time, cursed by his wife to roam the world on his own, waiting for the love of his life to find him. The love of his life, whom she killed. Time hasn’t healed this wound, and William is tired of the happy holiday and the constant reminders of a love that’s been taken from him. But then the impossible happens, and maybe… maybe he can get a new Christmas perspective.
Brady Gallagher has lived three different lives, always aware of the first and most important, yet unable to find the man who will fill in the missing pieces and let him know he’s not crazy. He encounters him at a work event, of all places, but is he willing to throw everything else to the wind and embrace the miracle laid out before him?
A story from the Dreamspinner Press 2016 Advent Calendar "Bah Humbug." 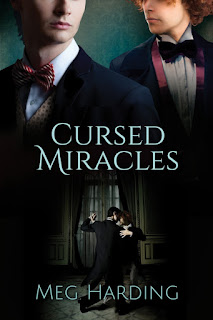 First off I will say that I adore this cover, it is splendid! That said I must tell you that I loved the book too; I love when a small book gives you a great big story that you won't soon forget!
William is cursed, not figuratively speaking either! He was cursed on Christmas Eve by his wife to live a long lonely life without the only person he will ever love. Because of this William is less than enamored with Christmas and all it's trappings and traditions.
When what he thought was impossible happens, can William take the miracle in front of him and make the life that he and his love should have always had, or is he fated to live the curse the rest of his days?
Oh man you guys will love this story! William and Brady have a love that transcends time, you will fall in love with them just like I did! Thanks Meg, for a great Christmas book I won't soon forget! 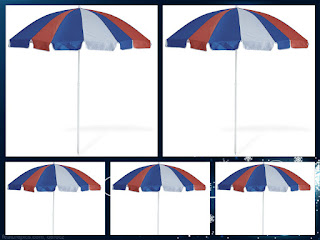 YEP, I HAD A GREAT REASON TO DO THIS RATING :p GRAB THE BOOK BELOW AND FIND OUT WHAT IT WAS!!
DREAMSPINNER PRESS BUY LINK

HERE'S AN EXCERPT FOR YA!!

TWO HUNDRED years ago, William Mashinter the Third learned a very important life lesson. One he won’t forget—even if he lives two hundred more.
Don’t piss off a witch.
As he sits at his large oak desk, staring out at the city of Chicago with its sky-high buildings and abundance of snow flurries, he thinks back to the Christmas Eve that changed everything. The day where his life went to complete hell after being sunk partially in it for a too-long time. The events that led to it. When everything had been ripped from him because he’d dared to try and touch the stars.
He scowls.
He hates Christmas. It’s the only time of year he gets reflective. The one period of time when his pain is more present than ever. So many years later, and it’s still a raw wound. He doesn’t think it ever won’t be.
The scenery outside his window changes, his office vanishes, and he’s standing in an old Victorian room, staring at his father from across the man’s desk. His father, Lord Mashinter the Second, is an imposing man with iron-gray hair and an attitude that has people naturally bowing to him. His face is lined with age, his stomach going soft. His eyes are hard, like flint, and they’re not prone to displaying affection. This isn’t an exception. He’s staring at William like he’s talking to an underling, and for all intents and purposes, that is what William is to him.
“Lord Granger has agreed to marriage terms between you and Lady Jennifer Granger.” He says it casually, while barely looking up from the paper he’s reading.
William’s stomach feels like it plummets to his feet. The nightmare he’s avoided his whole life is finally here. Marriage. To a woman he doesn’t love. When he loves someone else. He has to reach for the chair back in front of him, grip tight to keep from falling. His world is being flipped upside down. “Father,” he says, protest on the tip of his tongue. He’s made his feelings on this matter as clear as he could without revealing the truth. He loves Lord Brady Gallagher. And he knows—is painfully aware—that their love isn’t conventional. That it won’t ever be accepted amongst these people he calls friends and family.


THANKS FOR JOINING ME FOR DAY 31, NOW GRAB THIS BOOK IT IS AMAZING! SEE YOU GUYS NEXT TIME!

at December 14, 2016
Email ThisBlogThis!Share to TwitterShare to FacebookShare to Pinterest