HEY GUYS, I AM HERE WITH MY SERIES PROMO AND REVIEW FOR THE WINTERHAVEN SERIES BY A.M. SNEAD! THIS IS AN AMAZING SERIES, AND I REALLY CAN'T WAIT FOR BOOK 5! BELOW ARE THE BLURBS AND LINKS FOR BOOKS 1-4 ALONG WITH MY COMBINED SERIES REVIEW AND QUOTE AND RATING AT THE BOTTOM! LET'S GET STARTED!

"Being an ass - can get your ass in trouble."Nolan both anticipates and dreads hotshot skier Lane Cassiter's annual appearance at the Winterhaven ski lodge where Nolan works. His natural physical attraction to the guy is offset by his internal disdain of Lane's bigot attitude. When Nolan is caught in the cross-hairs of Lane and his friends, a wager is made that might just get him the one thing he never dreamed possible - Lane Cassiter in his bed.But when circumstances arise that instigate Nolan to propose a counter-offer that involves both his and Lane's best friends, events take an unexpected turn that catches them all in a whirlwind of confused emotions and unacceptable realities.

(THE PLOT TWISTS IN THIS BOOK ARE AMAZEBALLS! JUST WAIT)

OMG, THIS QUOTE IS PERFECT!!! TRUST ME: HERE IS MY REVIEW:


I am continually amazed at the mind and creativity of A,m. Snead, this series will blow your mind and heat your imagination for sure!

Nolan has always been in lust with Lane, every year he comes to Winterhaven for the Skiing, but Nolan knows he shouldn't wish for things the straight guy would never give him, plus the guy acts like a homophobic ass!

One night when Lane's best friend Todd makes a bet with Nolan on Lane's behalf (or should I say behind :P), things take a quick turn and Nolan starts to think Lane may be more curious about guys than he let's on.

In the later books the stakes get even higher involving Todd and Nolan's buddy Drew, omg you guys have to read it because I can't give away spoilers, but man do I want to!

I will say that Lane and Todd have a lot of soul searching to do to find out if they are truly as straight as they think they are, you will love every book in this series! Book 5 should be out soon, and there is gonna be a Volume 2 of the series, but it should be released all at once! Thanks A.m., for giving us so many things to look forward to!

*Series must be read in order* 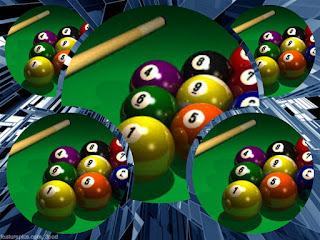 AS ALWAYS, I HAD A PERFECTLY GREAT REASON TO DO THIS RATING (AND HOT) BUT YOU WILL HAVE TO WAIT UNTIL BOOK 4 TO FIND OUT! USE THE LINKS ABOVE AND GRAB THESE BOOKS TODAY! I AM THROWING IN AN EXCERPT OF BOOK 1 FOR YOU! ENJOY:


“Hey, Nolan.” Drew caught up to Nolan on his way to the hot tub and fell in beside him, slowing his pace a bit to keep stride with his shorter friend. “It’s all over the lodge that you and Lane Cassiter got a wager going on tomorrow’s race? Is that true?”
Had the rumor disclosed all the details of the bet? Nolan licked his lips and shrugged. “Yeah,” he answered with nonchalance. “No big deal.” No big deal. Like fuck. He wasn’t “scared” of losing. Even if that happened, it wouldn’t exactly traumatize him to fuck a girl. He had no problem with girls, didn’t even find the thought of having sex with them nauseating. He simply wasn’t attracted to them. If he lost, no big deal. But if Lane lost—that was a big fucking deal; for them both. Nolan’s crotch began to throb. Well, truth be told, it hadn’t stopped throbbing since he’d shaken Lane Cassiter’s hand. Such a strong, masculine hand. After the fact, Nolan kicked himself for not adding a few extra stipulations—like a mandatory hand job and blow job to go along with the fucking.
“No big deal?” Drew snorted. “Yeah, right. I mean, how the hell did this happen?”
Nolan pushed open the door that led into the hot tub room. “It’s kind of your fault.” He cast a cheeky smile at Drew.
“Oh?” Drew cocked an eyebrow and grinned. “How’s that?”
Dragging the towel from around his neck, Nolan dropped it on the floor next to the sunken hot tub and began unbuttoning his shirt. “Earlier, when you wished me luck on the big race while I was taking those dickwads’ order. They started making wiseass remarks about how I couldn’tpossibly beat the great and powerful Lane Cassiter.” He snorted.
“So you bet them you could?” Drew laughed.
“No,” Nolan smiled and shrugged off his shirt, dropping it next to the towel, and unfastened his pants. “I just said I wasn’t worried about it, and Cassiter’s friend came up with the wager idea.”
“Fucking morons,” Drew snickered. “They’re clearly not privy to your skills on the slopes. How much are you taking them for?”
Nolan didn’t answer right away as he discarded his pants and stood before Drew in very snug black boxer briefs and smiled invitingly. “Gonna join me?”
Taking a deep breath and holding it, Drew rubbed his chest absently as his eyes roamed up and down Nolan’s nearly naked body—then released the pent up air and grinned. “Sure, why not?” He quickly lost his shirt and shoved down his pants, kicking them aside. He stretched, curling his arms behind his head, showing off his sexy muscles.
Nolan smiled with appreciation as his gaze lingered on the man’s blue and white jock strap, exposing a very delicious ass and caging an even more delicious cock. Nolan had had the privilege of viewing it up close and personal on more than one occasion.
“So…” Drew exhaled again and dropped his arms. “We gonna do it in the hot tub?” He wiggled his eyebrows. “I‘ve wanted to desecrate it for some time now.”
Nolan glanced toward the door. “Yeah, well, if we get caught, our beautiful asses will get fired. And personally, I kind of like it here.”
Drew chuckled and nodded. “Yeah, me, too.” He swatted Nolan’s ass then squeezed. “Fine. But later? I’m so freaking horny today. Don’t know why.”
“On any other day, you know I’d jump at the chance to fuck you,” Nolan admitted. He stepped into the bubbling water. “But you have a way of wearing me the fuck out. And I need all my strength and wits about me tomorrow.” He looked up at Drew as the guy joined him in the water. “I do not intend to lose.”
“You didn’t answer my question,” Drew said. “What’s riding on this race?”
Nolan smiled darkly. “Lane Cassiter’s ass.”


NOW HOW CAN YOU NOT READ THESE BOOKS AFTER THAT???? :p THANKS FOR JOINING ME FOR MY SERIES REVIEW OF THE WINTERHAVEN SERIES, LOOK FOR MY REVIEW OF BOOK 5 SOON! SEE YOU GUYS NEXT TIME! 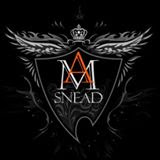 at October 09, 2016
Email ThisBlogThis!Share to TwitterShare to FacebookShare to Pinterest