HELLO FRIENDS! TODAY IS RELEASE DAY FOR CHARLIE RICHARDS AND BOOK 33 OF HER WOLVES OF STONE RIDGE SERIES, SETTING HIS OWL A-TWITTER! NOW IT HAS AN OWL SO YOU KNOW I AM ALL ABOUT IT, AND I LOVE CHARLIE AND HER BOOKS, MY GIRL CLAUDIA LOVED IT TOO, LET'S SEE WHAT SHE HAS TO SAY IN HER REVIEW!!

THIS IS THE PERFECT QUOTE FOR THIS BOOK! HERE IS CLAUDIA'S REVIEW:


Out of the Cage: Lifting the spirits of another can lift your own spirits, too.
Hector is fresh out of a cage for the first time in his memory. Learning about the world is exciting and scary, and he looks forward to experiencing life.

While out having fun with his flock-mates, Hector runs across a human, Rocky, who smells amazing and makes his Scops owl flutter wildly inside his mind. Except, the guy turns down his request to dance. He learns later that Rocky is a bouncer, so he’s at the bar working. Wanting to catch him either before or after his shift, Hector begins to regularly frequent the club.

Unfortunately, that earns him the reputation of being a party-boy, which causes Rocky to keep his distance. The human claims he has responsibilities which a partier wouldn’t understand. How can Hector, so new to freedom, convince Rocky that he can handle responsibility when the human won’t even tell him what it is? 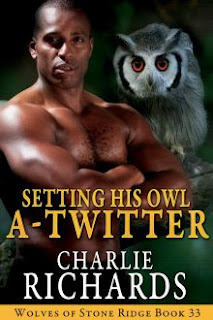 I must confess that I love this series so much -  I don’t miss one book! So I was awaiting anxiously for Hector’s time to finally find his mate!

Hector was the sweetest from his flock… After being held for so long by the scientists, he finally has his freedom, his life back… so he wants to do, go and see all that he never had a chance to…

In one of his times out with his flock mates, he sees Rocky, a bouncer at a night club and he’s enchanted from the start. He simply needs to be close, to touch and to convince the gorgeous bouncer to give him a chance…

Rocky was burnt by his last relationship, so the last thing he needs is a partier… and that’s exactly what he takes Hector for… after all, he’s there every night… so he must be a partier, right?

This book is so sweet… I loved to see hyper Hector trying to convince the serious bouncer to give him a chance.. But, even if he has a chance, will he be able to explain and make his mate understand and accept that paranormals exist and live around unsuspecting humans?

Charlie did it again… one more great book for this series that only gets better and better. 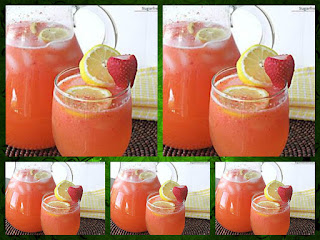 I MUST CONFESS, I REALLY WAS HOPING CLAUDIA WOULD DO THE LEMONADE RATING, AND SHE DID! THAT WAS THE CUTEST MEAL EVER! GRAB THE BOOK TO SEE WHAT I MEAN!!!!

YOU GUYS WILL LOVE THIS BOOK! THANKS FOR JOINING ME FOR RELEASE DAY OF SETTING HIS OWL A-TWITTER, AND THANKS CLAUDIA FOR AN AWESOME REVIEW AS ALWAYS!!! SEE YOU NEXT TIME FRIENDS!

at January 15, 2016
Email ThisBlogThis!Share to TwitterShare to FacebookShare to Pinterest