HEY FRIENDS, HERE IS MY BLOG TOUR STOP AND RELEASE DAY REVIEW OF SHIFTER BORN BY A.T. WEAVER, WITH TONS OF EXTRAS INCLUDING A GIVEAWAY! LET'S GET GOIN! 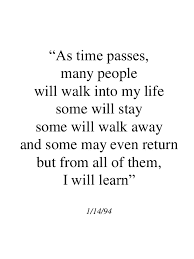 OH MY, THIS IS THE PERFECT QUOTE FOR THIS BOOK, JUST WAIT, YOU WILL SEE! HERE IS MY REVIEW:

After seeing his family betrayed and executed during the French Revolution, Marrock De Clarency, an immortal, natural-born shifter, makes his way to the New World. As he moves from place to place across the American wilderness, he finds not only the means to his revenge, but also love. Even as the world progresses around him, he prefers the quiet life in remote areas, away from cities and homesteads. He gives his heart again and again, each time hoping that this time, he’s found his mate. A chance encounter in the woods leaves him wondering, has Fate at last led him to his eternal love? 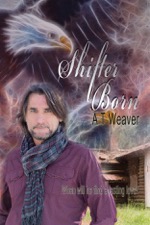 Oh my goodness was this a fantastic take on shifters! I was transfixed the whole time I was reading it!

I love how the book starts with a prologue that tells you what happened to Marrock's family (though I hate what does happen to them), this information is vital to understanding who Marrock became and why.

Marrock is a natural born shifter, and he can turn into any animal, and he is also immortal. When unspeakable acts happen to his family Marrock vows revenge on the horrible man who ordered the horrors to happen, and boy does he get it!

You will follow Marrock through time and see him give his heart again and again hoping he will this time find his mate. I fell in love with Marrock and his need to find his forever, whatever emotions he is going through the writing is so good that you will feel them too!

Will Marrock find his forever love? Or will he be forced to keep searching? If he finds him can he keep him safe? You will be as captivated by this book as I am! Thanks A.T., for a fantastic take on Shifters I will read again and again! 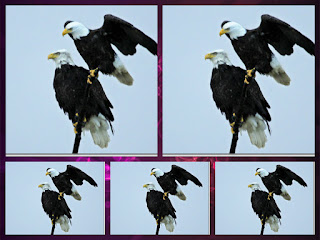 OH MAN I JUST HAD TO DO THAT RATING :) HERE ARE THE LINKS FOR SHIFTER BORN FOLLOWED BY AN EXCERPT, GRAB IT UP GUYS!

The man from the café stopped at the entrance to the alley. “Are you following me?” Marrok asked. The man smiled suggestively. “I thought you looked like you’d enjoy some company. Judging from the tightness of your trousers, I was right.”
Marrok studied him. Billy had been gone for over two years and they hadn't been intimate for three years before that. Just because Marrok wasn’t ready for another relationship with a mortal didn’t mean he’d given up sex. “What’d you have in mind?”
“That’s up to you,” the man said. “We can do something here or somewhere else. I don’t care.”
“I prefer somewhere more private. I’m in room 504 at the hotel. Give me five minutes before you follow.” Marrok headed for the hotel. In his room, he removed his boots and shirt. A knock sounded on the door. Marrok opened it and the stranger stepped inside.
Marrok stepped closer and started to kiss him.

TRUST ME, YOU WILL LOVE THIS STORY! HERE IS AN AUTHOR BIO AND SOCIAL LINKS FOR A.T. :
A. T. Weaver is the pen name of a grandmother of eleven, great-grandmother of one. She lives with her cat, Cleopatra, in downtown Kansas City, MO.
When she was growing up, the word gay meant happy and carefree and homosexuals were called queer or ‘one-of-those’. However, she never heard those terms until she was married and a mother.
In 2003, through a TV show called Boy Meets Boy, A.T ‘met’ over 3,000 gay men in a Yahoo group. These men educated her as to the inequalities suffered by the LGBT community and she became a staunch ally. She visited one of the men in San Francisco who lived just up the street from the Castro. As he showed her around, they stopped in front of what was once Harvey Milk’s camera store. Her question, “Who was Harvey Milk?” started her education into Gay history.
A. T.’s aim is to move you in some way. Whether you laugh or cry, love it or hate it, she welcomes all comments, whether good or bad.


ENTER TO WIN THE RAFFLECOPTER GIVEAWAY BELOW, AND GOOD LUCK!

THANKS FOR JOINING ME FOR RELEASE DAY OF SHIFTER BORN, TRUST ME, GET THIS ONE, YOU WILL LOVE IT! SEE YOU GUYS NEXT TIME!

at December 02, 2015
Email ThisBlogThis!Share to TwitterShare to FacebookShare to Pinterest