HEY GUYS, BOY DO I HAVE A STEAMY LITTLE SHORT FOR YOU TODAY! IT IS RELEASE DAY OF PAINTED PASSIONS BY: A.M. SNEAD AND I HAVE MY REVIEW, LINKS, AND AN EXCERPT FOR YOU! LET'S GET TO IT! 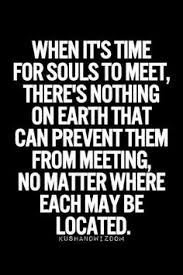 AHHH, SO TRUE! FOR THESE TWO IN PARTICULAR! HERE IS MY REVIEW:


Danny’s new job as delivery boy for the local market seems routine and unexciting until he meets artist Magnum Marcel. Late twenties and sexy as hell, Danny’s mind is instantly imagining all kinds of sexual fantasies of the man. Fantasies that suddenly fall into the realm of possibility when Magnum asks Danny to pose nude for his new painting. But neither Magnum nor Danny are prepared for the full impact of this chance meeting of artist and his muse. 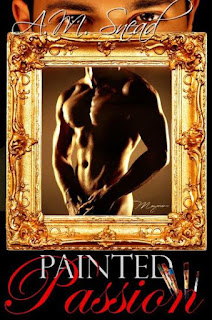 I don't know about you, but every now and then I love a good insta-chemistry story with some major heat, and this is what we get in Painted Passions! A.m. Snead has done it again, and in grand fashion!

Danny has a new job as a grocery delivery boy, and it being his first day on the job he is finding it to be pretty routine, that is until he get to the last stop!

Magnum got out of a relationship with an older man that left him scarred and not feeling very good about himself, so when he meets the cute, younger new delivery boy, he realizes maybe younger is better!

I love a story with instant chemistry and attraction if it is done right, and you can feel the connection and pull between the characters, and you can certainly feel that here!

What will Danny say when Magnum proposes something that is way out of Danny's norm, but is a job of sorts? Will he take it and maybe much much more?

You will love this book, the characters are well defined and the plot amazing as always by this author, and the heat, WOW, don't get me started! Grab your copy today!

Thanks Audrey for a book with an instant connection that has the substance to make it come to life! 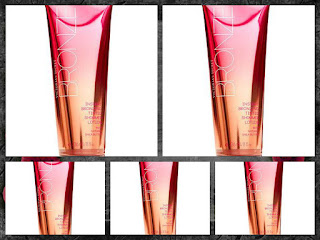 BELIEVE ME, I HAD A VERY GOOD AND PRETTY STEAMY REASON FOR DOING THIS RATING! :p, HERE ARE THE BUY LINKS, PICK THIS ONE UP TODAY!

YOU WANNA GRAB THIS STORY UP, BELIEVE ME! HERE IS AN EXCERPT:

Danny’s skin prickled beneath Magnum’s slick palms as tremors raced through his body. Magnum longed to press up against the boy, grind his crotch on Danny’s prominent erection. He had to consciously resist the urge to curl his hands around Danny’s hard shaft and stroke him to orgasm. It wouldn’t take much, he was certain. The young man was at full mast—and self-conscious about it.
“Danny…” Magnum smoothed his palms down over the slight swell the boy’s lower ab muscles, his fingertips grazing his neatly trimmed pubic hair. Magnum struggled for composure—professionalism. This wasn’t the first time he’d rubbed down a model, and although it always got him aroused—it was never to this degree. “Relax. It’s natural to be aroused. In fact,” he said softly. “I want you aroused. As you can see in the other paintings. This part of the process isn’t only for applying the lotion, but also to stimulate the model’s body…sexually.”
Danny met his stare tentatively. The fire within the young man scorched Magnum’s senses, enflamed his body. Was Danny aware that if Magnum disrobed just now—he would be every bit as erect as Danny himself?
“You are responding perfectly,” Magnum murmured and lowered his gaze to Danny’s rigid member. “You are truly perfect in every way.” Magnum took hold of Danny’s tight fists and urged him to relax his hands. “Just relax,” he said again. “Enjoy it.” He smiled and slid his slick fingers through Danny’s tense digits and inched a fraction closer. “You’re allowed.”
Danny closed his eyes and swallowed hard, then let the tension seep out of his hands and responded to Magnum’s touch, interlacing their fingers as he released a long, deep breath.
“That’s better,” Magnum whispered. Danny’s eyes remained closed as a small, hesitant smile skipped across his lips. Magnum gazed hungrily at the boy’s mouth. Danny would accept a kiss, he had no doubt. But now wasn’t the time. One kiss would ignite the fire storm brewing between them. Magnum needed that sexual tension to remain for now, it fueled his artistic creativity and vision. Feeling Danny’s burning hunger for him, seeing it in his eyes, as Magnum immortalized him on canvas—it was what would render this painting the masterpiece of the series.

OH YEAH!! IT ONLY GET'S HOTTER FROM THERE! THANKS SO MUCH FOR JOINING ME FOR MY RELEASE DAY REVIEW OF PAINTED PASSION, YOU WILL LOVE IT JUST LIKE I DO! SEE YOU NEXT REVIEW!!

at December 01, 2015
Email ThisBlogThis!Share to TwitterShare to FacebookShare to Pinterest