THE GHOST OF DEVON HOUSE REVIEW!!

HEY GUYS, I KNOW IT IS A FEW DAYS PAST HALLOWEEN, BUT TRUST ME, YOU WANT THIS BOOK ANYWAY! IT IS SHORT AND AWESOME!!! YOU WILL FALL IN LOVE WITH IT JUST LIKE IT DID, I CAN'T WAIT FOR THE REST OF THE SERIES! BELOW IS MY REVIEW, THE LINKS AND AN EXCERPT FOR THIS ON: LET'S GET STARTED!! 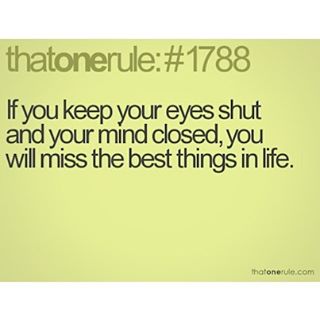 OH BOY DOES THIS APPLY TO THIS BOOK! HERE IS MY REVIEW:

The Ghost of Devon House (Blackwell Series 1) by: A.M. Snead
reviewed by: Becky

Since the death of their parents, Rowen’s older brother, Sean, has been a firm believer in all things supernatural, while Rowen remains grounded in reality. When Sean meets Bane in an online chat room and the two become good friends, Rowen takes one look at Bane’s picture and falls for him. Bane tells Sean of a legend in his town about a haunted house, and Sean sees it as an opportunity to make his little brother a believer in ghosts. Steadfast in his belief that there are no such things as ghosts, Rowen is nonetheless eager to get up close and personal with Bane, and offers no argument when Sean packs up and moves them to Blackwell –a town much more special than Rowen could have ever imagined. This story can be read any time of year, and I urge you to grab it now! I love how A.M. Snead can make a novel in substance out of a novelette! She can pack so much character and life into just a few pages that it boggles the mind!

Rowan can't help but have a crush on his brother's online friend Bane when he sees his picture, this is one of the reasons he doesn't argue when his brother decides to move them to the town of Blackwell, where Bane lives!

Rowan knows that no one as sexy as Bane would want him, but a guy can dream, who wouldn't want to give their virginity to a hunk like Bane?! It seems that Bane has a different plan for Rowan's virginity, and this involves giving it to a ghost to avoid a curse! To say this throws level headed Rowan in a tailspin is an understatement!

What will happen when Rowan goes into Devon House? Will the Ghost be real, and if so will he take Rowans virginity?! You will love this story friends, grab it today, you will be very glad you did!! Thanks Audrey, for another fantastic story with a wonderful twist!! 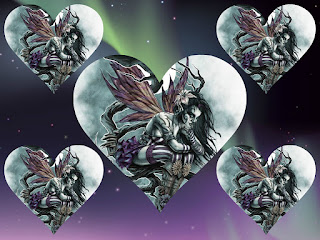 HAHA, YOU WILL GET THE RATING I PROMISE! GRAB THIS BOOK TODAY, IT IS A GREAT PRICE TOO, HERE ARE THE LINKS:

HERE IS AN EXCERPT FOR YOU GUYS:


The floor creaked to his left and Rowen jerked around, directing the candle that way. The glow barely reached a couple feet in front of him. A shadow shifted within the darkness…or so he thought. There was no way to tell, really. Just a flicker of the candlelight disrupting the darkness?
Another creak…like someone taking a slow step. Toward him.
Rowen narrowed his eyes and stared in the direction of the sound. It was an old house and he could hear the wind slowly picking up outside. There was nothing there. Just his imagination working overtime, influenced by Bane and Sean’s crackpot ghost story. Was he really going to let them succeed in scaring him?
“As if,” Rowen muttered and turned away. He glanced at the portrait again, straightened it a tad more and then touched his fingertips to the boy’s face. “I hope it’s just a story,” he whispered. “All of it.”
Startled by the emotional effect the painting had on him, Rowen withdrew his hand and moved on. It wasn’t like him to get choked up easily. He wasn’t the most sentimental guy. He could sympathize with the pain of others, but he rarely got drawn in too deep “emotionally”. It didn’t mean he didn’t care though.
He found the stairs and started to go up when another low creaking drifted down the hall behind him; the sound of a door opening or closing, old hinges protesting. Rowen held the candle that way again, eyes tight and focused. This time, there was no mistaking the movement in the darkness.
“Sean?” Rowen stared into the shadows. “Bane? I told you, I’m not falling for it. Did you really think I wouldn’t know you’d sneak in here and try to scare-” Muffled, distant laughter sifted through the night outside. Familiar laughter. Sean and Bane were out by the car…not in the house. So it’s someone they sent in. Rowen held his ground. “The jig is up, dude,” he spoke to his unseen stalker. “I know Sean and Bane put you up to this.”
The shadow shifted again and grazed the edge of the candle glow. Rowen caught a glimpse of a hooded cloak and then –it was gone. Vanished. Since entering the old house, Rowen’s pulse did its first skip.
They didn’t fucking disappear. They just slipped into another room. Except…there were no rooms leading off this portion of the hallway. The closest one was down at the other end, where he’d heard the creaking of the door.
“All right,” Rowen spoke up. “I’ll play along. You want me to believe in you, Jerry…then show yourself. I only believe in what I can see.” He waited. Silence met him like a thick wall. He sighed. “Yeah, that’s what I thought.” Rowen turned toward the stairs. “This is so lame-”
The candle flame extinguished beneath a tiny gust of cool breeze, engulfing Rowen in heavy darkness. He stood rigid, immobile. Pale moonlight pushed weakly between the boards on the windows, but it wasn’t enough to create sufficient visibility. Don’t freak out. It was just a breeze. This place is hardly insulated.
Rowen flinched when he felt the chill creep under the back of his shirt again –this time like icy fingertips dancing up his spine. A hard shiver surged through him and he swallowed with effort, his pulse suddenly off kilter. It’s just the cold air. That’s all. That’s fucking ALL.
Cool “breath” puffed across the nape of his neck as the cold “fingertips” drifted down his back, the chill lingering at his tailbone.
It’s just your fucking imagination. There’s no one –nothing –there.
His hand shook as he slowly dug into the front pocket of his jeans and tugged out the book of matches Bane had given him along with the candle. The chilling presence at his back and neck receded. Rowen’s fingers trembled, the matchbook unsteady in his grip as he struggled to hold onto the thick candle and tear off a match –which resisted him. “Fuck,” he hissed and yanked harder. The match detached then slipped from his partially numb fingers, growing stiff with cold. “Shit!” He managed to get another match loose and raked it across the coarse strike strip. The tip burst into a bright flame –illuminating a hooded face right in front of him.
Rowen yelped and stumbled back, tripped and fell, hitting the hard, cold floor with an audible grunt. The match went out, thrusting him into darkness again. Somewhere between standing on his feet and landing on his ass –he lost the matchbook and the candle. His heart pounded, hammering against his ribs. The presence remained –felt more than seen.
Get a grip! Get a fucking grip! It’s just someone fucking with you!

YES! TRUST ME, YOU NEED THIS BOOK! THANKS FOR JOINING ME FOR MY REVIEW OF THE GHOST OF DEVON HOUSE, SEE YOU GUYS NEXT TIME!

at November 02, 2015
Email ThisBlogThis!Share to TwitterShare to FacebookShare to Pinterest