HEY THERE FRIENDS, I HAVE A THANKSGIVING SHORT FOR YOU AND YOU ARE GONNA LOVE IT! YOU WILL FALL IN LOVE WITH JOHN & LUKE, AND NO WORRIES BECAUSE YOU WILL SEE THEM AT CHRISTMAS TOO! :) BELOW IS MY REVIEW OF COLD TURKEY WITH BUY LINKS, AND AN EXCERPT: LET'S GET STARTED: 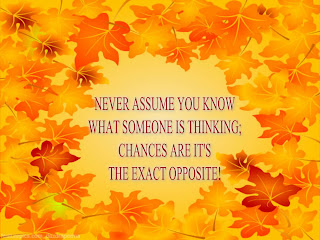 TRUST ME THIS QUOTE IS PERFECT FOR THIS STORY! HERE IS MY REVIEW:

When John comes home for Thanksgiving after being away to college for 2 years, he unexpectedly finds himself face to face with his old high school crush, Luke Rivers. Shocked that Luke even knew he existed, John is thrilled to learn that Luke—previously assumed to be ‘straight’—had nurtured his own secret fantasies about John when they were in school. John exhibits no resistance to Luke’s charms, yet remains “incognito” when his dad is present – as he has yet to openly admit to his father that he is gay. While assuming that Luke has the perfect relationship with his own father and is accepted for who he is, John soon discovers that not all is at it appears. 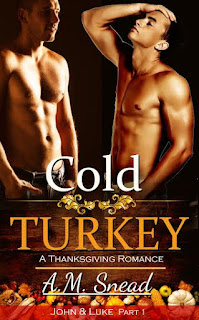 I love the story of John and Luke, and you will too! John comes home after 2 years away at collage and he steels himself to live the lie of acting straight to please his dad, then Luke, the next door neighbor John has crushed on for years appears and flirts like mad, wait Luke was straight right?

When they are almost caught getting hot and heavy by John's dad, John freaks! Can he take a chance on telling his dad he is gay and have his dads feelings toward him change?

John is in for a lot of surprises this Holiday, he learns a lot about Luke and the life he leads, and a ton about himself and his family!

Can John keep the respect of the Dad he admires above anyone and have the man of his dreams too? The only way for John to find out is to jump in with both feet!

You will devour this story like I did guys! Audrey has a way of pulling you head first into a story whether it is a few pages or a few hundred! Grab Cold Turkey today!

Thanks Audrey, for giving us two more special boys to fall in love with! 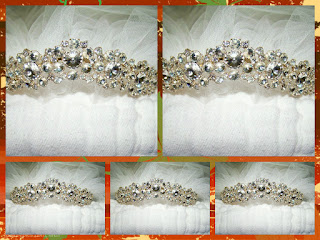 the 5 tiara and veil rating :)

YOU WILL SEE WHY I DID THIS RATING (giggles) :p NOW FOR THE BUY LINKS FOR COLD TURKEY, GRAB IT TODAY!

HERE IS AN EXCERPT: YOU WILL BE HOOKED I PROMISE!

“You…” John remained convinced this was all a dream. It had to be. “…knew I existed?”
“Fuck,” Luke laughed low and hooked a fingertip between two buttons, lightly scratching John’s bare skin underneath. His whole body quivered. If the guy’s fingertip could affect him that much…what would other parts do to him? “A lot of people knew you existed. I was no exception.” His lips twitched and he suddenly felt very, very close as he added, “A lot of people wanted you, too.” He popped loose the button and slipped two fingers deeper inside his shirt. “Again…I was no exception.”
Fuck. John shuddered as cum juice wet his shorts, his balls tingling and tightening. “But…but you’re Luke Rivers,” he rasped, unable to disguise his shaky breath.
“Yeah,” Luke murmured and used his thumb to flick open another button as he burrowed more fingers inside John’s shirt and temptingly stroked his firm abs. “So?”
“So…” John swallowed hard. “You were like a…a fucking superstar at our school.”
“Superstar?” Luke chuckled low and inched closer, slipping his other hand inside John’s shirt, loosening additional buttons. “I think that’s a bit of a stretch, don’t you?”
John’s mind was growing hazy, making it difficult to formulate thoughts, as Luke rubbed his palms slowly up and down his ribs. “You were…to me,” John stammered, his throat working. His fingers ached to reach out and touch the guy, feel the heat of his body…the firmness of his muscles. He kept his hands to himself, though, a little bit afraid if he touched Luke, then the guy would vanish and this would prove to be his imagination working overtime.
“Aren’t you sweet,” Luke whispered, lips pursed in a smile as they drifted toward John’s mouth.
Oh fuck –will he kiss me? But he’s straight! Isn’t he?
To his own horror, the disparaging words slipped out. “What…what’re you doing, Luke?” Shivers raced up and down his spine, tingling the surface of his skin. “Stop…fucking with me.” No, I didn’t mean that! Fuck with me some more –so much more! In fact –just plain “fuck” me!
Luke’s hands paused against John’s trembling body. “You think I’m just playing with you?” he smiled, his voice soft, low.
“What am I supposed to think?” John mumbled. “You’re not gay…you dated Kelly Landon all through senior year.”
Luke shrugged. “Maybe I’m bi.”
John’s pulse spiked at the possibility, but quickly lagged. If Luke had had any shred of “gayness” in him at all, John would have detected it long ago. “I don’t think so,” John whispered and averted his eyes. What’s wrong with you, dumb ass? You could have at least waited to see how far he would’ve taken it. Maybe you could’ve at least gotten a kiss out of it, maybe some groping. What the fuck?
A wave of depression and disappointment washed over John. Maybe it would have better if this were just a dream. To get this close in reality…only to have it taken away…there was nothing fun or fulfilling about it. What do you care, really? It’s not like you were in love with the guy –just in lust.
Something in that thought tightened John’s chest in a disturbing manner. “Listen,” John rasped thickly. “You should…go home.” He stepped back to pull away from Luke’s touch, but the guy gripped his waist beneath his shirt, holding him in place. John shifted his eyes to Luke’s face. “Luke-”
Luke kissed him before any more words could follow. Not a light, inconsequential kiss –but deep and strong and…passionate. John trembled against him, his hands tentatively grasping Luke’s t-shirt as the guy wrapped his arms around John’s waist and tugged him snug against him. John moaned and was sure he would pass out, when Luke withdrew just a fraction, his lips grazing John’s mouth. “I used to watch you, too,” he said quietly, a roughness to his voice. “Although you didn’t provide nearly the clear view that I gave you.” He shook his head ever so slightly, lips twitching. “So not fair.”
“Why?” John breathed as he savored the warmth of Luke’s body. His heart rate went through the roof when Luke shifted his hips and John was alerted to the massive bulge in his jeans. You think he’s faking “that”?

TOLD YA YOU WOULD BE HOOKED! I CAN'T WAIT TO CATCH UP WITH JOHN AND LUKE AT CHRISTMAS! SEE YOU THEN FOR MORE OF THEIR STORY!