HEY GUYS, I HAVE MY GIRL KYLEE HERE TODAY FOR A COMBINED REVIEW OF BOOKS 1&2 IN THE BRED FOR LOVE SERIES BY REVELLA HAWTHORNE, I WILL POST THE COVERS, BLURBS, AND LINKS FOR BOTH BOOKS THEN POSTS KY'S REVIEW, LET'S GET STARTED:

In a world where humans are genetically designed, altered and sold for pleasure and breeding, a young prince of the powerful Cassian Dynasty decides to take a mate and sire heirs. Not wishing to saddle himself with royal and meddlesome in-laws, and a wife he would have no desire to bed, Prince Edward goes to Heritage Breeders, and finds far more than just a warm body to carry on his lineage. Percy is the result of a master DNA architect designing himself his own personal slave and breeder. Yet when his creator and Master dies, leaving Percy alone at the mercy of the callous stable masters and the new owner of Heritage, he fears his future. Afraid he'll be bought by a wretched old man or a deviant monster, Percy is terrified when he is dragged from his cell and presented to the most prestigious client Heritage has ever welcomed...a Cassian Royal. Prince Edward is immediately infatuated with the shy, nervous and enchantingly beautiful Percy, and claims him for his own. Yet not everyone is pleased by a royal purchasing a breeder, especially one like Percy, and tensions rise both in Heritage and in the palace. Torn between need, duty, a king's command and the innermost desires of their hearts, Edward and Percy are set on path that is anything but easy. Can Percy trust Edward with his heart as he does his body? Can Edward keep an angry king and unseen enemies away from the young slave who is steadily stealing his heart? And what happens when Nature takes its course, and Percy's true purpose is fulfilled?

SOUNDS GREAT RIGHT? AND THAT COVER (DROOLS), HERE IS BOOK 2: THE KINGS COMMAND:

Percy is pregnant. He is overjoyed, and Prince Edward, his master and owner, is just as happy. Both men are content, and are enjoying the simple life at Hartgrove, Prince Edward's country estate. There they stay in pre-baby bliss, until the christening of the Cassian Dynasty's newest princeling approaches. Prince Edward decides to risk King Henry's wrath, and brings Percy back to the capital to attend his nephew's christening, putting his and Percy's unconventional relationship front and center in the media and the court. Greed and betrayal combine to place Percy and their unborn child in danger, and the capital, once a place of power and strength for Prince Edward, becomes a prison. Percy is confronted by the reality of his social status and what exactly it means to be the collared consort of a Cassian blood prince--and how dangerous that place of honor can be. Caught between the orders of King Henry and the dangers to be found in Court and city, Percy and Edward strive to protect themselves, their love, and their unborn child.

WOO HOO, YOU CAN'T WAIT TO READ RIGHT? HERE ARE THE AMAZON LINKS FOR BOTH BOOKS, GRAB EM FRIENDS, NOW OR AFTER KY'S REVIEW, YOU WILL HAVE TO HAVE THESE BOOKS! 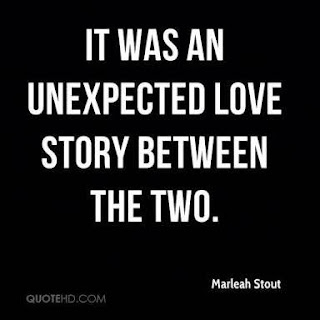 I LOVE THAT KY CHOSE THIS QUOTE, HERE IS HER REVIEW:

I'm going to admit that I had trouble writing a review for both these two books, not because they were bad, in fact they are brilliant. It's because they are a different (a good different) type of love story. They are definitely not a typical romance but there is still so much love in these books.

What starts out as a partnership of convenience blossoms into a beautiful and loving relationship. The problems this couple face are not your normal trials that other couples go through. Yet they grow closer and stronger as they take on a family that is against their union.

If you are looking for something a little different but still with a incredible love story these are the books for you!
I am looking forward to reviewing book three- A Royal Rebellion
The cover is gorgeous! 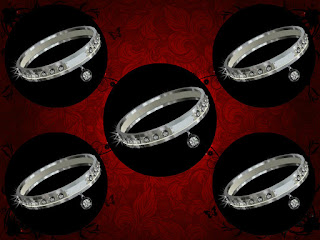 I LOVE THIS RATING PIC! GRAB THESE BOOKS FRIENDS, I AM PUTTING THE PRE-ORDER LINK FOR BOOK 3; A ROYAL REBELLION  (RELEASING TOMORROW) BELOW: JOIN ME TOMORROW FOR KYLEE'S RELEASE DAY REVIEW! (P.S. YOU WILL SEE WHAT KY MEANS ABOUT THE COVER, YUMMMM)

GRAB YOUR COPY TODAY, TRUST ME YOU WILL NEED BOOK 3 WHEN YOU FINISH THE OTHER 2! SEE YOU GUYS TOMORROW FOR RELEASE DAY, AND THANKS KYLEE FOR A GREAT JOB REVIEWING THESE BOOKS!

at November 09, 2015
Email ThisBlogThis!Share to TwitterShare to FacebookShare to Pinterest