HEY GUYS! I AM HERE WITH DAY 7 OF THE HOLIDAY BOOK REVIEW EVENT AND I HAVE A SECOND EDITION OF A WONDERFUL HOLIDAY SHORT FOR YOU, AND JESSICA KENNEDY IS HERE TO REVIEW IT FOR ME! BELOW IS HER REVIEW OF TWINKLE TWINKLE BY JOSEPHINE MYLES, THE LINK TO PURCHASE, A VERY SPECIAL NOTE FROM THE AUTHOR ABOUT THE SECOND EDITION AND MORE! ENJOY: 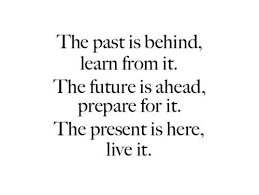 THIS IS THE PERFECT ADVICE FOR THESE GUYS, YOU WILL SEE!! HERE IS JESS'S REVIEW:

When old schoolmates meet again, sparks fly!
It’s Christmas Eve, and down in Accident and Emergency Dr. Tom Berriman really hasn’t got into the festive spirit. Newly returned to his home town, he’s missing the big city he left behind and can’t get enthusiastic about a holiday he’ll be spending on his own. That is until he catches sight of the attractive electrician fixing the lights—who promptly crashes down out of the ceiling and becomes Tom’s patient. Tom can’t believe his luck...until he realises he knows the man already.
Electrician Vince has changed out of all recognition since they were at school together, where Vince was the butt of all the bullies’ jibes—and worse—while nursing a hopeless crush on Tom.
If the newly-hunky Vince can forgive his former tormentor, and Tom can get over his lingering guilt, maybe their Christmases won’t be quite so lonely after all. 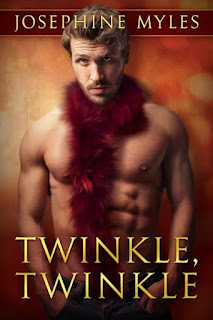 Tom is running his own practice now, but he gets a surprise when his new electrician is shocked and falls at his feet. Vince, THE Vince he sat back and watched his friend's bully in school is now a hunky electrician whom he wants to get to know as a man.

Vince can't believe the guy he was crushing on in school is the doctor now looking after his injuries, that's just his luck.They both have to decide if they can let past hurts go and make a relationship work.

This was the cutest and definitely the sweetest Christmas short I've read so far, I would recommend it to everyone who loves a good second chance story. 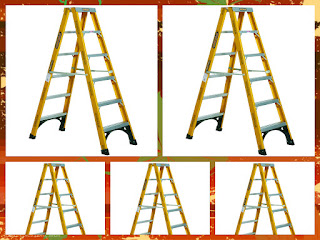 I LOVE THE LADDER RATING :p, HERE IS THE LINK TO JOSEPHINE'S SITE THAT WILL HAVE ALL THE LINKS YOU NEED! IF YOU HAVEN'T READ THIS ONE, GRAB IT NOW, JESS IS RIGHT, IT'S A GREAT LITTLE STORY!

HERE IS A QUICK NOTE FROM JOSEPHINE ABOUT THE SECOND EDITION OF TWINKLE TWINKLE, FOLLOWED BY AN AUTHOR BIO AND SOCIAL LINKS!

About the story (taken from the ebook):

It’s always interesting to revisit a story you wrote years ago. In the case of Twinkle, Twinkle, that’s over five years for me. I like to think my writing has come a long way in the intervening years, but to be honest, there was very little here I took issue with when rereading. It was a real pleasure, however, to be able to restore the original UK spelling, and to change a candy store back to a thoroughly British sweet shop. It’s all in the details, after all.
It’s interesting to see how little my interests have changed since writing this story. These days I’m addicted to watching House, and I still adore cabaret shows—both medical drama and cabaret made it into this story. Throw in a bit of cross-dressing, twinkly Christmas decorations and fairy magic, and you have a story that’s pure Jo Myles.
I set Twinkle, Twinkle in the town of my birth. More than that, in the hospital of my birth! Having seen the inside of High Wycombe Accident and Emergency from a patient’s perspective, it’s not really somewhere I was keen to return, but I loved the idea of writing a doctor. While I’d never presume to write a full length medical romance (I’d be worried about getting the details wrong) it was fun to try it out for a short story.
I don’t write a Christmas story every year, but I always enjoy it when I do. It’s one of my favourite times of year, and although I might say I decorate the inside of the house for the kids, I do it for me, really. Now I just have to convince my partner to let me deck the outside of the house in fairy lights!

English through and through, Josephine Myles is addicted to tea and busy cultivating a reputation for eccentricity. She writes gay erotica and romance, but finds the erotica keeps cuddling up to the romance, and the romance keeps corrupting the erotica. Jo blames her rebellious muse but he never listens to her anyway, no matter how much she threatens him with a big stick. She’s beginning to suspect he enjoys it.
Jo publishes regularly with Samhain, and now has over ten novels and novellas under her belt. Her novel Stuff won the 2014 Rainbow Award for Best Bisexual Romance, and her novella Merry Gentlemen won the 2014 Rainbow Award for Best Gay Romantic Comedy. She has also been known to edit anthologies and self-publish on occasion, although she prefers to leave the “boring bits” of the ebook creation process to someone else. She loves to be busy, and is currently having fun trying to work out how she is going to fit in her love of writing, dressmaking and attending cabaret shows in fabulous clothing around the demands of a preteen with special needs and a soon-to-be toddler.

HOW ABOUT AN EXCERPT: :)

YOU KNOW YOU GOTTA HAVE THIS BOOK NOW! THANKS FOR JOINING ME FOR DAY 7 OF OUR HOLIDAY BOOK EVENT, AND THANKS JESS, FOR THE AWESOME REVIEW! SEE YOU GUYS TOMORROW!

at November 26, 2015
Email ThisBlogThis!Share to TwitterShare to FacebookShare to Pinterest