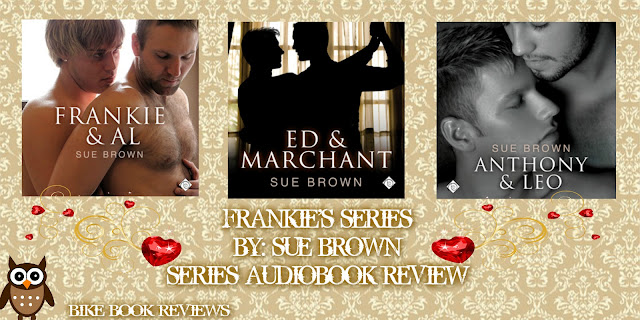 HEY GUYS, I HAVE THREE AUDIOBOOK REVIEWS FOR YOU TODAY! FRANKIE & AL, ED & MARCHANT, AND ANTHONY & LEO OF FRANKIE's SERIES BY SUE BROWN! MY GIRL CLAUDIA IS REVIEWING EM FOR ME! LET'S GET STARTED:

I LOVE THE QUOTE CLAUDIA CHOSE FOR THIS BOOK, HERE IS HER REVIEW:

Dumped by his boyfriend, Frankie Mason goes out with the girls, gets totally trashed, and ends his night by falling in front of a taxi. He's rescued by a man with beautiful green eyes who takes care of him until he's put into an ambulance. Frankie curses himself as he realizes he doesn't have the man's phone number. Still in pain a few days later, he is dragged out to a club only to be saved by Green Eyes once more. This time, he isn't letting the man go.
Unfortunately Frankie has to attend a team-building exercise, nicknamed Womb Weekend, organized by his company. Al is working so he doesn't mind, until he discovers who the team leader is. Al has a lot of explaining to do! 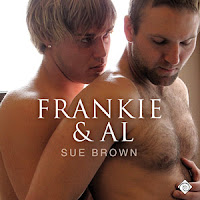 This book is sweet and funny!! I had a great time listening to it.
When Frank was hit by a car, “Mister Green eyes” was the one to rescue him until the ambulance arrives… what could have being a tragic scene was so funny, because Frank was in the sidewalk, hurting, and all he could think was that he wanted “Green eyes” to take him home… lol
Watching Frankie and Al meet again was priceless, since they keep meeting by accident all the time and Al keep saving him!
When Frankie realized Al was working on the weekend event organized by his company, he was lost, especially because Al was not shy in showing he wanted to know Frankie better. 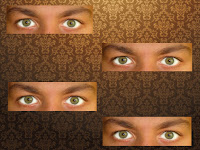 I LOVE CLAUDIA'S REVIEW AND THE FACT THAT SHE DID THE GREEN EYED RATING! THIS WAS MY PERSONAL FAVE OF THE SERIES, I LOVE FRANKIE :), HERE ARE THE LINKS:

IF YOU HAVE READ THIS BOOK YOU KNOW HOW GREAT THIS QUOTE IS, IF NOT, YOU WILL SEE :), HERE IS CLAUDIA'S REVIEW:

Ed Winters despises his job and hates everyone he works with - especially out and proud, happily in love Frankie Mason. He spends his days wishing he could dance rather than work.
Late to go shopping one day, Ed ends up soaked in Marchant Belarus' spilled Coke. Ed's humiliation increases when Marchant, the owner of a BDSM club, realizes Ed is a sub, albeit a very closeted one. Marchant's attempts to draw Ed out of his shell release years of pent-up anger and hurt over the abuse Ed's mother and grandmother heaped on him.
Marchant is patient, but nothing he does seems to help until he discovers Ed's secret love of dancing - a forbidden passion that might be the key to unlocking the confident, secure man Ed could be. 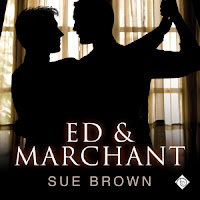 Ed was such a horrible person on the first book of this series, that I was totally sure I wouldn't like him in this one either.
But then, here comes Marchant, intruding on the boring, predictable and lonely existence of Ed.
It broke my heart to see what Ed faced during his childhood and consequently the reason of all his hate and abuse toward his co-workers, and, well... against human beings in general.
His transformation from a bully to a sensible and caring person was great to see and I was really cheering for his well deserved happy ending.Great book 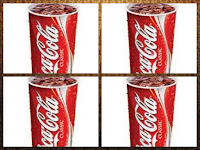 I LOVE THAT CLAUDIA DID THIS RATING ;P, YOU WILL GET IT WHEN YOU LISTEN TO THE BOOK! HERE ARE THE LINKS: 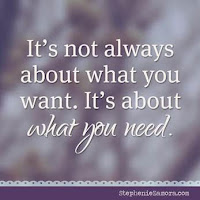 THIS QUOTE IS ONCE AGAIN PERFECT FOR THE BOOK IT GOES WITH, GREAT JOB CLAUDIA, HERE IS HER REVIEW!

Watching Marchant train his new sub leaves Tony unhappy at not having found a Dom of his own. Running Marchant's BDSM club, Tony sees who the Doms prefer and it isn't him - too big, too old, and too hairy. When his friend Jordan suggests he look outside the club, Tony's mind turns to Leo, a man he met in a traffic jam. Tony manages to arrange a date and happily learns Leo is funny, very toppy, and not averse to Tony's lifestyle. As a bonus, Leo sells sex toys.
When tragedy strikes the club, Tony fears he can't help the mourning club members, but Leo offers his unwavering support. After such a tough start, Tony believes Leo is the Dom he's been looking for... until he catches him kissing another man. 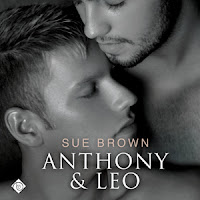 This book is, by far, my favorite book in this series.
I so love a sub that is bigger than his Dom, and Tony is the biggest, sweetest teddy bear of a sub I ever read about!
I was so hoping he would find the Dom that would finally give him all the value, caring and attention he so craved.
Then, he meet Leo and suddenly having a dom was not the most important part of Tony's life, having Leo was.
Leo was a Top, not a dom... It was up to Tony to find out if they could have a relationship together, and if they would be enough for each other. 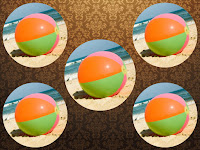 ANOTHER GREAT RATING PIC BY CLAUDIA, NOT TO MENTION A GREAT REVIEW: HERE ARE THE LINKS FOR THIS ONE:

THANKS FOR JOINING ME FOR THIS AUDIOBOOK SERIES REVIEW, AND THANKS CLAUDIA FOR REVIEWING THESE BOOKS SO WELL!

I WANT TO SAY THANKS TO MAX LEHNEN FOR NARRATING THESE BOOKS, AND DOING A WONDERFUL JOB OF IT! 4 STUDIO MIC'S FOR YOU MY FRIEND: 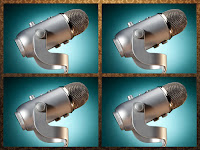 SEE YOU GUYS NEXT TIME!

at October 18, 2015
Email ThisBlogThis!Share to TwitterShare to FacebookShare to Pinterest