ALL THAT YOU CAN'T LEAVE BEHIND RELEASE DAY TOUR STOP!

HELLO FRIENDS, I AM HERE WITH MY RELEASE DAY BLOG TOUR STOP OF ALL THAT YOU CAN'T LEAVE BEHIND BY KIRBY QUINLAN, AND I LOVE THIS BOOK AND YOU WILL TOO! I HAVE MY REVIEW, AN EXCERPT, LINKS, AN AUTHOR BIO AND SOCIAL LINKS, AND EVEN A COMMENT TO WIN GIVEAWAY, SO LET'S GET STARTED: 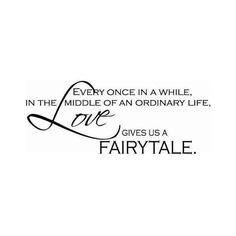 I LOVE THIS QUOTE FOR THIS BOOK, YOU WILL SEE WHY!! HERE IS MY REVIEW:


All That You Can't Leave Behind by: Kirby Quinlan
reviewed by: Becky
Let go of the past. Live in the moment. The future will take care of itself.
Tailor Sway is a professional organizer on the brink of divorce. When he is hired to appear on a reality TV show called “Hoarded Houses”, he has three days to help a collector of Christmas decorations clean up her property before it’s condemned by local authorities.
Everything is going according to Tailor’s carefully laid plans. That is, until Brayzen Mapleridge, a mega-famous pop singer known for his wild, daredevil antics, shows up.
Forced to pay for a recent stunt which has turned into a serious legal matter, Brayzen is given the opportunity to avoid jail time by doing some hard labor in front of the cameras. But, it’s not an easy thing to do while being chased by all who trail in the wake of a major celebrity. Is Brayzen sincere about helping, or is it all just part of a well-crafted publicity campaign?
Despite some initial clashes between Tailor’s uptight determination and Brayzen’s carefree attitude, the two develop an unlikely partnership that quickly blossoms into a sizzling attraction.
But, Tailor’s unresolved conflict with his husband, Grant, an emotionally scarred veteran of the Iraq War, still looms in the background amidst a whirlwind of TV cameras, relentless paparazzi, eager fans, and scathing headlines. Despite all these complications, will it be Brayzen’s own meddling mother who puts the brakes on their steamy love affair for good? 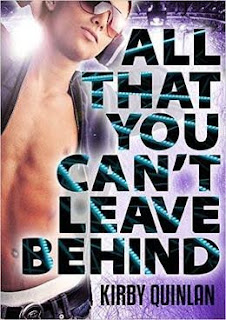 I love a book that gives you a storyline that you don't expect, but that delivers on all fronts and then some! You will love this authors writing style, and his gift for the unexpected!
Tailor and Brayzen couldn't be more different if they tried, organized and well ordered Tailor has a handle on his career as a personal organizer, but his personal life and relationship with his husband is a different matter.
Brayzen is living the life of a star, and his latest stunt has landed him in serious trouble with the law, so to avoid jail, he agrees to appear in an episode of "Hoarded Houses" a reality show in which Tailor is hired to be the professional organizer.
While they butt heads at first, you can see the chemistry right away, and I love it! There are many factors working against the couple, including Tailor's failing marriage and Brazen's less than stable mother ( boy is that an understatement), can they work through the things that strive to keep them apart? Do they care enough about each other to try?
Thanks Kirby, for a book that I thoroughly enjoyed and will read again for sure! 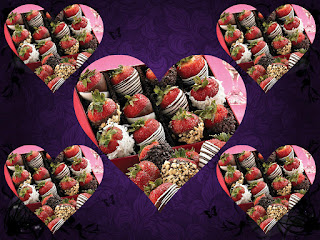 I JUST HAD TO DO THIS RATING, ( EVEN THOUGH IT MAKES ME HUNGRY ), HERE IS AN EXCERPT AND THE LINKS FOR THIS BOOK, SNAP IT UP, YOU WILL BE GLAD YOU DID!

The noise gets ten times louder than the loudest thing I’ve ever heard. I feel the persistent thump of the music driving its vibrations deep within me, so resounding that it replaces the rhythm of my own heartbeat.

The man everyone is clamoring to see finally steps out to the edge of the copter’s open passenger compartment. He waves to the crowd and the sustained response is so high-pitched and so penetrating, I’m afraid every window on the street will shatter.

He makes his magical descent from the aircraft in silhouette. The outline of his body is illuminated with a sparkling halo from the morning sun, giving him an ethereal, extraterrestrial quality.

Harnessed to a cable rig, he lowers himself like the New Year’s Eve ball in Times Square to the wild thrill of his audience. Inch-by-inch, he drops toward the street below him, smooth as summer cherries.

He takes his time, teasing his throng of devotees until they reward him with even louder, rabid applause.

Clearly a skilled showman, he plays the scene to the hilt, milking the moment for all its worth. The hysterical response he provokes from his audience is palpable.

His clean, white basketball sneakers touch the ground like an angel stepping on a cloud. He plants both feet on the red carpet with the ease of a cool and confident pro. He stands proud with his chest puffed out and a self-satisfied smile, as if he just swooped in to save the day.

With the sun’s glare out of the way, my eyes are able to focus in on the details. My first impression is one of instant, breathtaking recognition.

I call out to Bridgette, but I don’t think she hears me. “Is that who I think it is?”

She doesn’t answer, but I’m pretty sure I’m right.

Brayzen Mapleridge — pop singing sensation, infamous for his antics on and off the stage — just rappelled into my work site.

AMAZON US BUY LINK
AMAZON UK BUY LINK
GOODREADS LINK
GRAB YOUR COPY TODAY, I LOVE THIS BOOK, HERE IS A BIT ABOUT KIRBY AND HIS SOCIAL LINKS: 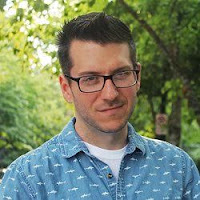 Kirby Quinlan was raised by a single mom who sold vacuum cleaners and abandoned by a father who was both a former U.S. Marine and Baptist preacher.  After a challenging upbringing, he came out to family and friends at the age of sixteen.
With hopes of making movies, he learned the craft of screenwriting, honing his love of storytelling.  He quit writing in 2002, however, frustrated he couldn’t promote the diversity-rich stories he was passionate about.  But now, in the world of digital self-publishing, he has found an avenue to finally tell the stories he’s always wanted to tell; the types of stories he wishes had been mainstream when he was growing up.
His first published work was the short story “New World” in the Queer Science Fiction anthology “Discovery”.  He has plans for several standalone novels, as well as serial works in his favorite genres, including sci-fi, fantasy, adventure, pulp detective and even western.  They are hopeful, action-packed tales of strong, positive LGBTQ characters finding love, fighting oppression and overcoming extraordinary challenges in a real-to-life way.
Ironically, Kirby’s own true love came to him in the form he least expected, when he met his female roommate and best friend, Karla.  Their marriage in 2013, proved to them both that love is love.  It has no boundaries, knows no gender and can’t always be defined by labels.  Karla is an author as well and they live a happy life together in Portland, OR.
Facebook  ||  Facebook Page  ||  Twitter  ||  Blog  ||  Pinterest

GIVEAWAY
Winner’s Prize: E-copy of ALL THAT YOU CAN’T LEAVE BEHIND
What to do to win?
Simply leave a comment telling us why would you like to read this book!
Contest Ends: 15th October, 2015
COMMENT BELOW GUYS, AND THANKS SO MUCH FOR JOINING ME FOR MY RELEASE DAY TOUR STOP, GRAB THIS BOOK, IT'S A KEEPER! 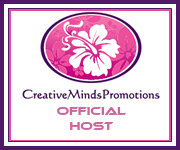