HELLO FRIENDS, I HAVE MY RELEASE DAY BOOK BLAST AND REVIEW OF STALKED; THE SLAYERS #2 BY H.C. BROWN, AND I AM SO GLAD TO HAVE MY GIRL CLAUDIA BACK TO REVIEW IT FOR ME!! I HAVE HER REVIEW, AN, EXCERPT, LINKS, AND AUTHOR BIO AND SOCIAL LINKS, AND EVEN A GIVEAWAY SO LET'S GET STARTED! 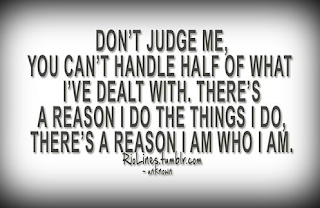 I LOVE THIS QUOTE CLAUDIA CHOSE, HERE IS HER REVIEW:

Who's more dangerous – a stripper, an assassin, or a serial killer?
The Stripper Ripper is stalking the streets of New York City, preying on male strippers, and the press is making mincemeat of a helpless police force.In desperation, the police refer the serial killer's case to the Slayers, a team of enhanced, undercover super soldiers. The commander of the Slayers puts his team on the streets to watch over the Ripper's favorite targets.One of these targets is Micah, a twink stripper and a desirable sub. Micah's baby sitter is one of the newest members of the Slayers, Sorren, as cold-blooded an assassin as they come, and the last person you'd expect to harbor feelings for his charge.True to form, Sorren is as surprised as anyone at his new infatuation, but Micah is hiding something. Will Micah learn to trust his protector, or is he destined to be the next victim on the Stripper Ripper's list? 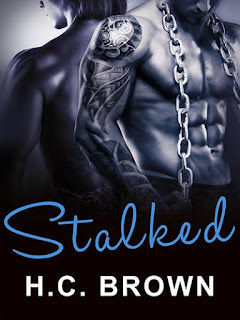 I must confess that I usually don’t read mystery books, but I was hooked by this blurb from the first time I saw it, then I jumped on board when Bec asked if I wanted to review it.
Only when I started it, did I realize it was the second one from a series, so, as we’re talking about Enhanced soldiers, genetic experiments and secret government projects, I decided to read Unlocked first (1st one of the series) so I could have the whole experience of it… And I loved that I did it, because it was a great read too.
This book is not your usual romance… This is an erotica book, full of steamy sex, BDSM scenes, sexy stripper’s performances and lots of mystery… And what a great and perfect combination!
There’s a stripper assassin on the loose and the police are not even close to finding out who’s terrorizing the stripper’s community. There comes the Slayers – a secret team of enhanced, undercover soldiers…  They decide to place soldiers to protect a few strippers (the ones that meet the profile of the last victims). One of the strippers being protected is Micah.
Micah is a stripper, a sub, and he’s holding secrets of his own. So, when he realizes that there is someone actually stalking him, he’s terrified of being the next victim of the ripper.  His protector is Sorren, a cold blooded, unfeeling assassin, that is surprised to find himself attracted to his charge… Ohhh, but Sorren is so much more than meets the eye.
As the ripper strikes, everything changes and all the bets are off.  Sorren finds out that without realizing it, he fell for Micah and there is nothing he won’t do to keep Micah safe…  But for it to happen, Micah must learn to trust Sorren and confess to him, his most hurtful secrets.
This is a fast paced, thrilling book and so worth reading!!! 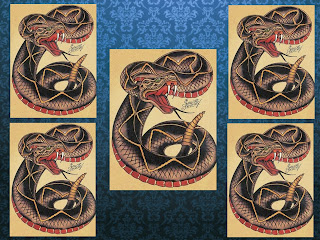 LOVE IT! CLAUDIA DID THE SNAKE TATTOO IN HONOR OF MICAH'S SEXY SNAKE TATTOO, ( AND MIGHT I ADD THAT THAT IS ONE SEXY COVER!!) HERE IS AN EXCERPT FOR YOU FOLLOWED BY THE BUY LINKS!

YEAH YOU KNOW YOU WANT THIS BOOK FRIENDS! GRAB IT UP!!! HERE IS AN AUTHOR BIO AND SOCIAL LINKS FOR H.C. BROWN:

H.C. Brown is a multi-published, bestselling, award-winning author of Historical, Paranormal, Sci-Fi, Fantasy, BDSM, Time Travel, Action Adventure, Suspense, and Contemporary Romance.
In 2015, she was delighted to be named Luminosity Publishing’s Bestselling Author of 2014.
In 2015, Highlander in the Mist was placed 3rd in Historical and Rock ‘n’ Leather was placed 3rd GLBT in the Easychair Bookshop Competition.
In 2011, she was delighted to receive nominations in three categories in the 2011 CAPA Awards: Favorite Author, Best GLBT Romance, and Best Science Fiction Romance.
She was nominated for Best Historical M/M in the 2013, Goodreads Book of Year Awards.
H.C writes about strong alpha male heroes and girl next door heroines in complex settings, and all her stories have happy endings.
H.C. welcomes feedback from her readers.

Where to find the author:
Facebook:  https://www.facebook.com/heather.brown.169
Facebook Author Page: https://www.facebook.com/pages/HCBrown-Author/292331631137?fref=ts
Twitter: @HCBrownauthor
WEB: www.hcbrown-author.com
Blog: http://www.hcbrownauthoroferoticromance.blogspot.com.au/
USE THOSE LINKS FRIENDS, AND MAKE SURE TO CHECK OUT THE RAFFLECOPTER GIVEAWAY BELOW AND ENTER TO WIN AN E-COPY OF THIS BOOK: GOOD LUCK FRIENDS:
a Rafflecopter giveaway

THANKS SO MUCH FOR JOINING ME FOR MY RELEASE DAY BOOK BLAST FOR STALKED; AND THANKS TO CLAUDIA FOR ONCE AGAIN DELIVERING AN AMAZING REVIEW!! 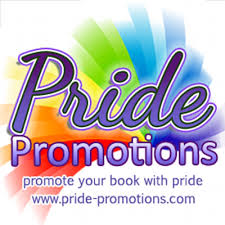 at September 24, 2015
Email ThisBlogThis!Share to TwitterShare to FacebookShare to Pinterest