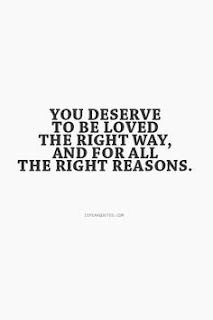 THIS QUOTE IS WHAT I WOULD TELL SCOTTY AND ROYAL BOTH!! HERE IS MY REVIEW:


To the dismay of Gideon's boys, Royal returns –sporting his same arrogant, irritating attitude as when he left a year before. Lucas, especially, is feeling no love for the guy as Royal sets his sights on Bailey. Royal's only warm reception comes from the twins, who love all the boys.

Scotty struggles to deal with his troubled state of mind and the certainty that he is no longer wanted or welcome at Gideon's home. With the help of Daniel and the boys, Gideon is holding it together –just barely –as he does his best to assure Scotty that he’s loved and wanted, and when the time comes, he will be welcomed home with open arms.

Mickey tries to put on a brave front, but is devastated by the course of action he was forced to take with Scotty. Brokenhearted by the prospect that Scotty may now hate him, he is comforted and assured by Gideon that Scotty feels no hate toward him –only fear and confusion as to why he would want to hurt Mickey. As Dr. Harmony Knox (Bailey's mother) urges Scotty to face his painful and frightening past, she begins to understand the true catalyst of Scotty's troubled mind. 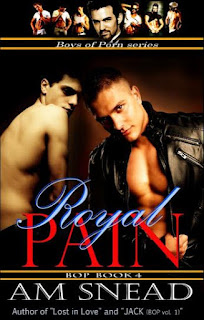 I thought I was prepared for the heartbreak that would be Scotty's story, yeah, not even close! This book, like all the others, is so well written you feel like you step inside the story and experience it firsthand!

Everyone that knows me know I love Scotty, he just wants to be able to feel like he is good enough to be loved, but there is someone evil who wants to use him and make him feel as if he doesn't deserve anything at all!

While Scotty is gone hopefully getting the help he needs, Gideon is troubled and heartbroken at the turn of events, can anything help him keep it together for his other boys? That help he so needs may have been there all alone, he just needs to reach out and grab it!

Royal returns and is his usual obnoxious self, and when he flirts with Bailey, he gets on Lucas's bad side with a quickness, but there just may be another reason Royal came back, and under all that cool and calm toughness, is a heart that beats for another.

These boys will make your heart ache, and the way this book ends will have you screaming into your pillow ( or maybe that was just me ;P), but I know Audrey won't leave us hanging for long! Get ready friends, book 5 is gonna be a doozy!!!! Thanks Audrey, for giving us yet another piece of your heart with this wonderful story! 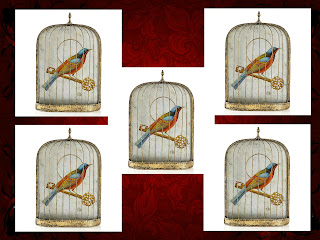 YOU WILL SEE WHY I DID THIS RATING WHEN YOU READ THE BOOK (SNIFF) GRAB YOUR COPY TODAY WITH THE LINKS BELOW!!

AMAZON UK BUY LINK
HOW ABOUT WE CHECK OUT AN EXCERPT OF THIS ONE!!

He could feel the slight ripple in the glass caused by the embedded mesh wire as he traced his fingertips down the window and stared outside. The sun was shining and warm rays heated his face, yet his skin prickled from an inner chill that refused to abate. His view was partially obscured by the added layer of mesh wire outside the window. Every time he tried to look beyond it, through it –his eyes shifted and focused on the wire instead, rendering everything on the other side obsolete, nearly invisible. And maybe it was now. Nothing existed for him outside this room anymore.
Locked away and forgotten. Who would want to remember him anyway? Even he didn’t want to remember himself. Didn’t want to be himself. No one believed him. They all thought he was crazy.
What if they were right? Why would Mickey lie? He never lied.
What if I really am crazy? Was it really me who hurt Mickey? Why would I do that?
The sleeping drugs had worn off just as dawn had begun to turn the sky gray. He hadn’t fallen back to sleep after opening his eyes, though he longed for the escape. It would be his only escape now. Or not. He feared what awaited him in his dreams. What if “the man” really did live in his head? He could get into his dreams…couldn’t he?
Fear chilled him to the core and he hugged himself. Is that what he meant when he said I wasn’t strong enough to make him leave? All the man’s words came back to him, taunting him…haunting him. He squeezed his eyes shut and trembled. I don’t want to be alone with him anymore. I don’t want to be alone…at all.
Tears formed and spilled over as he ducked his head, his body shaking.
When he heard the door unlock and open, he was afraid to turn around, terrified it would be…him.
“Good morning, Scotty.” Dr. Knox spoke soft, calm, and closed the door behind her. “How are you feeling today?”
Scotty raised his head and stared at the window, and the mesh wire –evidence that he now lived in a cage. He heard Dr. Knox set something on the bureau.
“I brought you some breakfast.”
“I’m not hungry,” Scotty whispered.
The woman approached him. “You should try to eat, Scotty,” she said gently. “Emotional strain actually wears us down more quickly than physical exertion.”
“I don’t care.”
Dr. Knox moved around to his side, her eyes resting on his wet face. “I know you’re scared, Scotty,” she murmured. “And that you feel alone. But you’re not alone. You’ll see. Gideon didn’t abandon you, he will be back in to see you later today like he said he would.”
Swallowing thickly, Scotty ducked his head again. “Will he…take me home?”
“Not today.” Sympathy softened her voice. “We need to talk through some things first. We’ll just take it one step at a time. And you’ll see…in time things will get better.”
Scotty trembled and finally met her gaze with watery eyes. “How much time?”
“I don’t know,” Dr. Knox admitted. “But if you will work with me, Scotty, and let me help you, then it will be sooner rather than later.”
Looking away, Scotty hugged himself tighter. “No one else believes what I say,” he whispered. “Why should you?”
“No one thinks you’re a liar, Scotty. Or that you’re crazy. They’re just concerned about you and want you to be okay, so you can come home.”
He shook his head. “No,” he said quietly, his voice thick with tears and hurt. “No one will care if I don’t ever come back.”

OH MY SCOTTY IS GONNA RIP MY HEART OUT!!! DON'T MISS THIS ONE FRIENDS, IT IS JUST AS EPIC AS EVERY OTHER BOOK IN THIS SERIES!!! THANKS FOR JOINING ME FOR MY RELEASE DAY REVIEW OF ROYAL PAIN, SEE YOU NEXT TIME <3 nbsp="">