IN THE FLESH BLOG TOUR STOP:

HAPPY ALMOST WEEKEND FRIENDS! I HAVE A GREAT ONE FOR YOU TODAY! I AM A STOP ON THE IN THE FLESH BLOG TOUR FOR ETHAN STONE, AND DON'T FORGET OUR CHAT TONIGHT AT 8:00 P.M. ON FACEBOOK! BELOW IS MY REVIEW, AN EXCERPT, BUY LINKS, AN AUTHOR BIO AND SOCIAL LINKS, AND EVEN A COMMENT TO WIN GIVEAWAY:  SO LET'S GET STARTED: 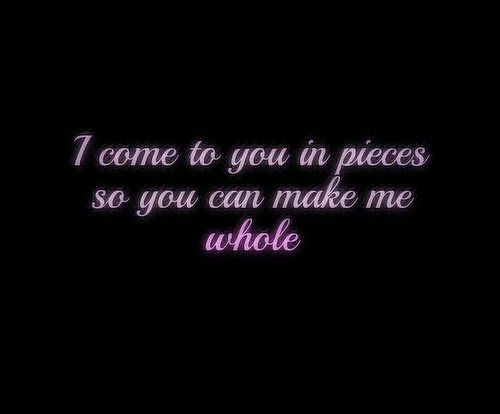 I THINK THIS QUOTE IS PERFECT FOR BOTH FLESH AND COLBY! HERE IS MY REVIEW:


In the Flesh (A Flesh Novel) by: Ethan Stone
reviewed by: Becky


A Flesh novel Reno Detective Cristian Flesh is an out and unashamed cop, but his slutty ways might be his downfall. Cristian lives by a strict set of personal rules, preferring hook-ups and anonymous encounters to committed relationships. His guidelines work for him... until one of his tricks is murdered and he becomes the prime suspect. Leave it to handsome lawyer Colby Maddox to save Cristian’s life. He takes the case and the attraction between them is quick and undeniable. After several passion-filled encounters with Colby, Cristian unexpectedly wants to break all his rules. However, before they can contemplate a future together, they’ll have to clear Cristian’s name and find the real murderer. 2nd Edition 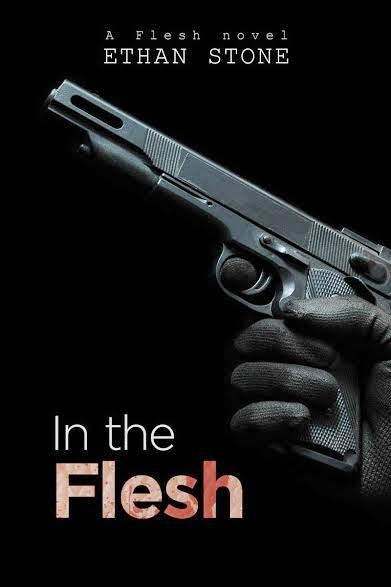 I am a huge Ethan Stone fan, and this book was more of the same brilliance I am used to from him! Mr. Stone has a knack of making characters that are flawed and non apologetic, but we fall in love with them instantly, now that takes real talent!

Flesh is a detective in Reno (he will be quick to tell you NOT like Reno 911 ;p), and he is gay and unashamed! Though I may not agree with all of his hookups, I admire that he is who he is, and doesn't care what people think about it! Little does Flesh know, it is one of those hookups that will come back to bite him where it hurts!

Colby is representing Flesh when the crap hits the fan, but they soon start mixing business with extreme pleasure, but can Flesh forget the rules he lives by and admit what Colby is starting to mean to him?

While Flesh is trying to come to terms with Colby and the way he feels about him, there is a killer running loose who is more than happy to see Flesh pay for the sins they are committing! Be ready for a fast paced roller coaster  that will take you and your emotions along for the ride!

You have to get this one friends, it will blow your mind! Thank you Ethan, for reaffirming my faith that you are one of the best! 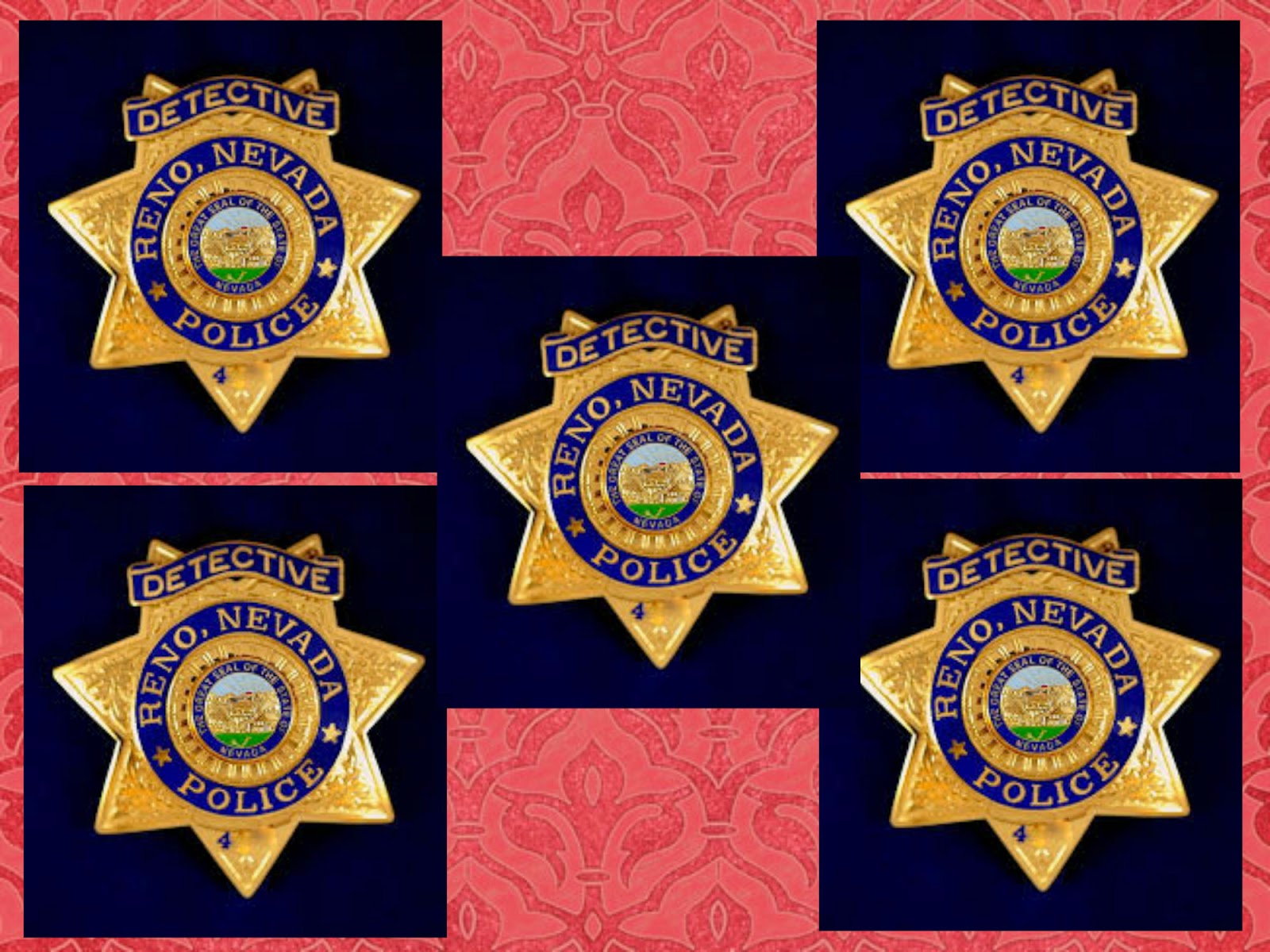 
I JUST HAD TO DO THE BADGE RATING IN HONOR OF FLESH! HERE ARE THE BUY LINKS FOR THIS ONE, GRAB IT PLEASE :)


HERE IS AN EXCERPT TO WHET YOUR WHISTLE:


This excerpt takes place after a big fight between Cristian and Colby. Cristian is fighting his feelings for the man, fighting it with every ounce of strength he has. He even left Reno for a trip to Lake Tahoe to get some space. The day before this scene, Cristian almost hooked up with a married man but ultimately decided that wasn’t the sort of thing he wanted.

I WOKE up around 6:00 a.m. Friday and walked down to the beach. The scene was gorgeous, and I wished I wasn’t alone. I sat there for a few hours watching the other campers slowly making their way to the water.
It surprised me how much I missed Colby. I wanted to be with him. Not just for the great sex but for the person he was. I enjoyed watching movies with him. I truly loved sitting and talking to him. I missed… well, I missed everything about him.
I’d been so stupid. For so long I’d been using the rules to protect me from getting hurt. They were a shield saving me from pain. But I was using those rules to put distance between me and everybody else. Colby had called me on that, and he was right. By avoiding the bad things in life, I was also avoiding the good things.
He had done so much for me. Not just helping me on the case but getting me to open my eyes about myself and about life. Colby had awakened something in me. Something that wanted everything I had been avoiding for so many years. I’m not a man who uses ten-dollar words when two-dollar words work. But to call what happened to me at that moment just a realization would be greatly understating it. It was an epiphany. No other word for it would suffice.
I had never wanted someone to care about. But I cared about Colby. Having a relationship had never been something I looked for, but it was different with Colby. I wanted him to be my boyfriend, though that word felt terribly juvenile, like I was going to ask him to go steady.
I didn’t know what having a boyfriend entailed, and I certainly didn’t know how to be one. But I was going to find out. I just hoped it was what he wanted.
I couldn’t stop thinking about Colby. I had to see him. I headed back to my tent, fully intent on throwing everything into my car and going home. I didn’t know what I was going to say to him, but I figured I’d know by the time I saw him. I was wrong.
I was wrong because I saw him as soon as I got back to my tent. When I spotted someone sitting in my lawn chair, my temper rose, and I prepared to let him know how I felt.
I stopped in my tracks when I realized it was Colby sitting there. He didn’t see me, but he was looking around. I resisted the urge to run, but as I got closer Colby saw me, stood up, and strode my way.
He was smiling, and I couldn’t help but grin as well. I told myself to play it cool, to not let him know how thrilled I was to see him.
I stopped when I was a few feet from Colby, but he stepped near, grabbed me, pulled me close, and kissed me gently on the lips. I didn’t resist at all. I couldn’t. I just melted in his arms.
“Why did you leave without saying anything to me?”
“I wanted to be alone. I thought I needed some time away from you, from everyone and everything.”
“But?”
“I just realized I didn’t want, or need, to be away from anything or anyone, especially you.”
A wide grin spread across his face.
“I don’t know what I can give you. I want to be with you, but commitments scare me. I don’t know if I can promise a commitment.”
“We’ll figure it out together. I want to be with you too. That’s why I’m here.”
“How’d you know where I was?”
“I forced Lex to tell me where you went.”
I laughed. “You’re a goddamn liar. Lex called you and told you where I was and sent you to get me.”
He chuckled but didn’t deny it. “Yes, she called me yesterday.”
“And it took you all night to decide to come after me?”
“Yeah, took me that long to figure out it was up to me. I was sure you wouldn’t be the one to give in first.”
“You were just faster than me. I was just about to pack up the campsite and come to you.”
We laughed and hugged.“I didn’t bring anything,” Colby told me. “No change of clothes, no sleeping bag, nothing like that.”
“I got a sleeping bag we can share.”
“And clothes?”
“Who needs clothes?”
“I don’t mind the idea of us walking around naked all weekend long, but the other campers might not like it. Maybe we’ll do that sometime at home.”
“We can figure all that out later, big guy. C’mon, let’s go take a nap in my tent.”
“I’m not tired,” he said.
“Me either,” I said, laughing.

OH YEAH! YOU WANT IT NOW (THE BOOK PEOPLE, THE BOOK ;P): HERE IS A BIO ON ETHAN AND HIS LINKS:

Author Bio
Ethan Stone is an out and proud gay man. Which is fairly new in his life, the out part, not the gay part. He’s been queer his whole life, though he tried to deny it for years with a wonderful woman. The years in denial weren’t all bad, he has two amazing kids out of it. His son is a teenager and his daughter has made him a grandfather, three times over. A way too young grandfather.

Ethan has returned to Oregon after almost a decade in Nevada. He no longer has a day job and is doing his best to make a living at this writing thing. If he can’t make a living, he at least wants to support his Mt. Dew and beef jerky addictions.

ETHAN WAS NICE ENOUGH TO OFFER A BOOK FROM HIS BACKLIST FOR A GIVEAWAY, SO COMMENT BELOW AND ENTER TO WIN! THE WINNER WILL BE PICKED ON SUNDAY, THE 19TH! THANKS FOR JOINING ME FOR THIS BLOG TOUR STOP! ENJOY 'IN THE FLESH', I KNOW YOU WILL!

at April 17, 2015
Email ThisBlogThis!Share to TwitterShare to FacebookShare to Pinterest