OH MY GOODNESS, I AM REALLY EXCITED FOR US TO BE HOSTING A BOOK BLAST FOR THIS EPIC, WONDERFUL, MASTERFULLY WRITTEN LITERARY ENTREE KNOWN AS 'THEORY UNPROVEN' BY LILLIAN FRANCIS! I THINK YOU GET THE POINT THAT I LOVED THIS BOOK! WE HAVE MY REVIEW, BUY LINKS, AN EXCERPT, AND A RAFFLECOPTER GIVEAWAY, SO LET'S GET STARTED! 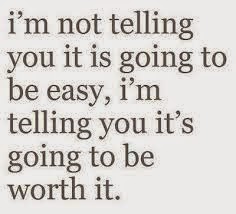 I CAN SEE ERIC SAYING THIS TO TYAAN FOR SURE! NOW LET'S LOOK AT MY REVIEW:

Working with elephants in their natural habitat has always been Eric Phillips dream. Getting what he’s always desired introduces him to Tyaan Bouwer, the bush pilot that flies in his supplies, and Eric discovers the allure of South Africa goes beyond the wildlife and the scenery.But in an area where bushveld prejudices and hatred bleed across the borders, realising their love will be a hard fought battle. Keeping hold of it might just kill them. 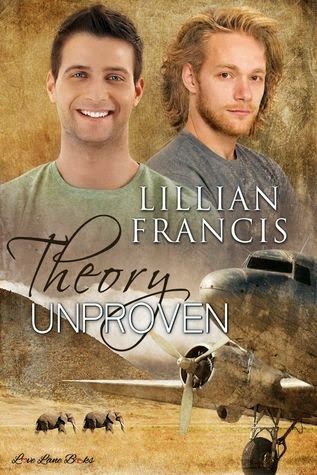 When I started this book and realized how many pages it had, I said to myself, "How in the world is this book gonna hold my interest for this long, it has to be a dang good one", let me assure you my friends, it is a dang good one and more! I love Eric for his passion and devotion to the animals he studies, his loving heart drew me to him right off, Tyaan is drawn to Eric, but he is wary and more than a little worried to start something. The way these two come together is a wonderful passionate story in itself, but you add in hate, and people who don't and won't understand what these two men have and it makes for a hell of a story!

Get this book and get ready for passion, devotion, and yes suspense all rolled up in a nice package! You will not be sorry for reading this, and you will be in awe of the writing style of this author just like I was! You can tell this book was well researched, and you feel the authors love for the majestic Elephants in this story through the love that Eric has for them! Thank you Lillian, for making me realize it isn't the length, long or short of a book, it is the heart of it that matters!

REALLY FRIENDS, HOW COULD THE RATING BE ANYTHING BUT ELEPHANTS! ;) HERE IS THE LOVE LANE LINK WHERE YOU CAN FIND THE BUY LINKS FOR THIS BOOK, I AM GONNA ADD THE AMAZON UK AND FR LINKS AS WELL!


Preparing to ask the stranger his name, Eric opened his mouth to speak, when he was interrupted by a doleful bleat. Startled, he glanced over his shoulder, scanning the airfield expecting to find signs of a wayward sheep. The forlorn stuttering cry came again, and Eric whipped back round, suspiciously eyeing a crate that was securely strapped to the internal wall of the plane.
“Goat,” said the pilot—Eric had decided that’s what he was—as he came back down the ramp.
The deep timbre of that one word surprised Eric. It was rough and low, with an unfamiliar accent Eric’s subconscious demanded to hear more of. That wasn’t likely to happen, though, because the pilot was already surveying his cargo with his back to Eric. He bent to hoist a crate into his arms, leaving Eric to stare dry-mouthed at the enticing pull of khaki for several seconds. Then the pilot straightened and carried the crate into the plane.
Eric wondered if he should offer to help, but despite the ease with which the crate had been hefted into the air, Eric thought they would probably be too heavy and he didn’t want to make a fool of himself. Not in front of this man.
The blond wore the almost obligatory light khaki bush clothes similar to his own uniform The Foundation had provided. Eric hadn’t noticed a logo on his shirt, but he could hope. If this man worked for The Foundation, Eric could at least enjoy the view, since it was unlikely he was gay. He hadn’t even looked twice at Eric. Not that Eric considered himself drop-dead gorgeous or anything, but he was used to getting his fair share of interest back home in England.
Eric caught a glimpse of Akibo gesticulating wildly at the cab driver. His holdalls were piled at Akibo’s feet, Eric noticed thankfully. At least if the altercation didn’t go well and the cab driver took off, he wouldn’t abscond with Eric’s luggage.
The hollow echo of footfalls on the ramp drew Eric’s attention back to the pilot. Tiredness was pulling on Eric’s nerves, leaving him out of sorts, and the lack of conversation was doing nothing to ease his irritability.
Taking the bull by the horns, Eric graced the pilot with the brightest smile he could muster. “So, do you work for The Foundation too?”
“No.” The man’s stride didn’t even falter as he continued toward the next crate.
Not chatty, then. Downright rude, in fact.
The firm slap of a hand on his back caught him just off centre, almost pitching him forward, and Akibo’s fingers curled over his shoulder and squeezed.
“I see you’ve met Tyaan. Tyaan Bouwer. He’s the local freight pilot. He’ll run your supplies into the research station every week.”
It was almost as if the pilot finally saw Eric as anything other than an annoyance for the first time. Tyaan stepped toward him, straightening to his full height, and Eric resisted the urge to check out the breadth of his chest, instead raising his gaze the few inches’ difference in their height to meet Tyaan’s eyes head-on.
“Tyaan, this is Eric. Eric Philips. He’s the new researcher out at olifant velde.” Akibo turned back to Eric. “That’s the local name for your part of the reserve. It means elephant fields.”
“Howzit.” Tyaan stuck out his hand. Eric extended his own automatically, and Tyaan pressed their palms together, enveloping Eric’s fingers in warmth. He gave Eric’s hand a short, sharp shake before releasing him from the firm grip. “The elephant man, hey?”
Eric smiled. “I know I’m no oil painting, but I hope I’m not that bad.”
Tyaan’s top-to-toe appraisal was so fleeting that Eric thought he’d imagined it. An expression skittered across the pilot’s face. Interest, curiosity—Eric wasn’t sure. It manifested itself as a bright spark in his eyes and the faint quirk of his lips, as if he were biting the inside of his cheek. The look vanished before Eric could really work out what it meant, but the amber-coloured eyes still seemed to hold a welcome within them.
“Tyaan’s a man of few words, but you won’t find a finer bush pilot. He’s reliable too. He’ll never leave you wanting.”
Wanting. Despite the pilot’s brusque manner, Eric wasn’t surprised he already wanted to press Tyaan up against the shiny metal body of his plane.
“I’m going up front,” Akibo said, blissfully unaware of the thoughts rampaging through Eric’s head. At least Eric hoped that was the case, since he followed that statement with “Coming, Eric?”
In his dreams, maybe.


NOW I KNOW YOU WANT MORE AFTER READING THAT! HERE IS A LITTLE INFO ON LILLIAN FOR YA:

Lillian Francis
An avid reader, Lillian Francis was always determined she wanted to write, but a 'proper' job and raising a family distracted her for over a decade. Over the years and thanks to the charms of the Internet, Lillian realized she’d been writing at least one of her characters in the wrong gender. Ever since, she’s been happily letting her ‘boys’ run her writing life.
Lillian now divides her time between family, a job and the numerous men in her head all clamouring for 'their' story to be told.
Lillian lives in an imposing castle on a wind-swept desolate moor or in an elaborate ‘shack’ on the edge of a beach somewhere depending on her mood, with the heroes of her stories either chained up in the dungeon or wandering the shack serving drinks in nothing but skimpy barista aprons.
In reality, she would love to own a camper van and to live by the sea.
You can read more about Lillian here:
http://lillianfrancis.blogspot.com/
https://www.facebook.com/lillian.francis.100
https://twitter.com/LillianFrancis_

Enter to win a $15 ARe/Amazon gift card and 2 free ebooks by clicking the picture below:

THANK YOU FOR LOOKING AT THIS BOOK WITH US IT IS SURELY A KEEPER!!