HI FRIENDS, TODAY WE ARE A STOP ON THE CRASHING INTO LOVE BLOG TOUR! THIS BOOK WAS GREAT, AND WE ARE EXCITED TO TELL YOU ABOUT IT! 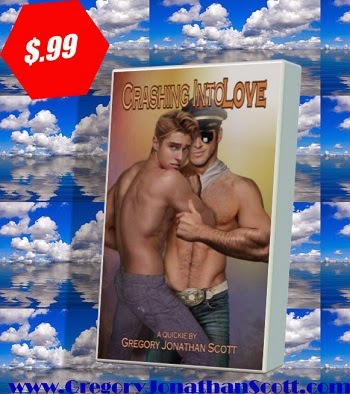 Crashing Into Love by Gregory Johnathan Scott
reviewed by: Becky

Sean, a single California Interior designer sets his sights on going home after a short business trip on the island of Kauai. On his way back to the States, Sean’s world literally spirals out of control when the flight he’s on takes a course he hadn’t expected and into the masculine arms of Kale, a drop dead handsome pilot with attitude, spontaneous charm, and a hint of recklessness.
While stuck on a deserted island off the coast of Maui, they discover there are situations worse than the one they’re in. Initially all they have in common are their aversions for each other and their eagerness to survive. When they realize all they have is each other, Sean and Kale set their differences aside, learn to cope with their seemingly tragic situation and find common ground. After a string of mishaps and clashing personalities, their time together proves far from foolproof when they surprisingly get swept into a whirlwind romance.
The early stages of their engagement involve increasingly desperate measures to conceal their growing affection for each other and by the time Kale confesses his desires, Sean is obsessed. With hormones on both sides roiling and reality setting in, their need to explore each other grows.
Can Kale hide his interest in the man he finds ideal until Sean is ready? Or will Sean’s hysterical dramatic disposition send him packing? Crashing into Love is a romantic comedy about a quirky courtship, clashing personalities, love, and a developing relationship that turns profound - but not necessarily in that order!


Kale and Sean are pitch-perfect in this comical romance of unintentional companionship. 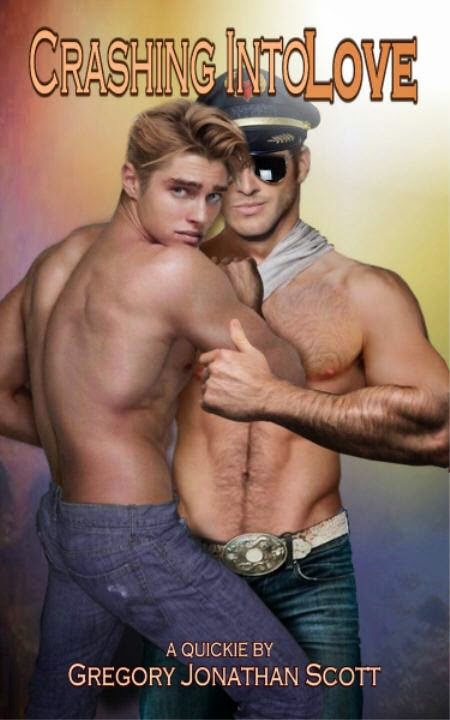 This book surprised me in the fact that the author could fit so much into this story, this is the second book by this author I have read, and I felt the same passion in the storytelling! Kale and Sean  are great and the chemistry is out of this world! Grab this one for a giggle and a book worth reading! Thanks Scott, for another book that is a re-read for sure!


Making every attempt not to disturb Sean, Kale quietly slithered into the ditch, taking the same spot behind him where he was before venturing out to pee. Moving slowly, he laid back with his shoulder lightly pressing against Sean’s shoulder blades, just so he could feel he was there. The touch comforted him, felt nice to have another man lying next to him again, to feel the warmth of another body, making him feel less alone. Finally Kale’s breathing went shallow and he started to drift off.
As Sean lay quietly awake, he could tell Kale was getting sleepy, legitimately sleepy. His difficult day of being a superhero had caught up to him. A few minutes later a faint, wheezing snore came out of Kale and he knew for sure the man behind him was out cold.
Halfway into the night, Sean was chilled, couldn’t get warm no matter what he tried to do. He tossed, turned, rolled over and pulled his knees to his chest that put his body into a tight ball.
Kale felt Sean’s restlessness as well as a cool sensation emanating from his flesh. He told Sean earlier he’d do what it took to help his distraught passenger survive, and if he needed to lie on top of him like a warming blanket, he’d do it. Kale was a hero like that, a good guy. He’d do just about anything to save a life. Kale rolled over, pressed his warm chest against Sean’s back, wrapped his arms tightly around him and hoped he’d stay there in his arms. He sighed. Damn, Sean felt good in his arms.
There were a few shudders from Sean, chilled ones, before he settled down and started warming up again. Kale’s cozy hug from behind felt comforting to Sean, a feeling he’d been missing and wanted to always come home to.

A LITTLE ABOUT THE MAN HIMSELF :)

Gregory Jonathan Scott was born and raised in Grand Rapids, Michigan. Shortly out of high school was when he began his longtime relationship with his partner and companion Scott. Having artistic hands, together they pursued building a small business in ceramic art and pottery that quickly grew into the number one distribution center for hobbyists, storefronts and scholastic industries. During that time, Gregory was approached by art magazines to write short articles and educational columns pertaining to the ceramic artistry. After charming readers by his writing style, it ignited his desire to express himself further. From there, it began. Finding a love for writing, alongside his artistic hand, gave him inspiration to design and write M/M romance Novels that captivate and take the reader on unexpected adventures.
Gregory and Scott are still together and are currently enjoying home life in South Florida with their lovable Shetland sheepdog and a sweet stray cat. 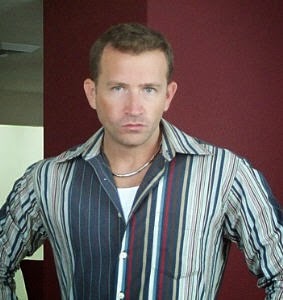 LINKS TO GET IN TOUCH!

THANKS FOR JOINING US, AND THANKS GGR FOR LETTING US DO THIS TOUR! :) 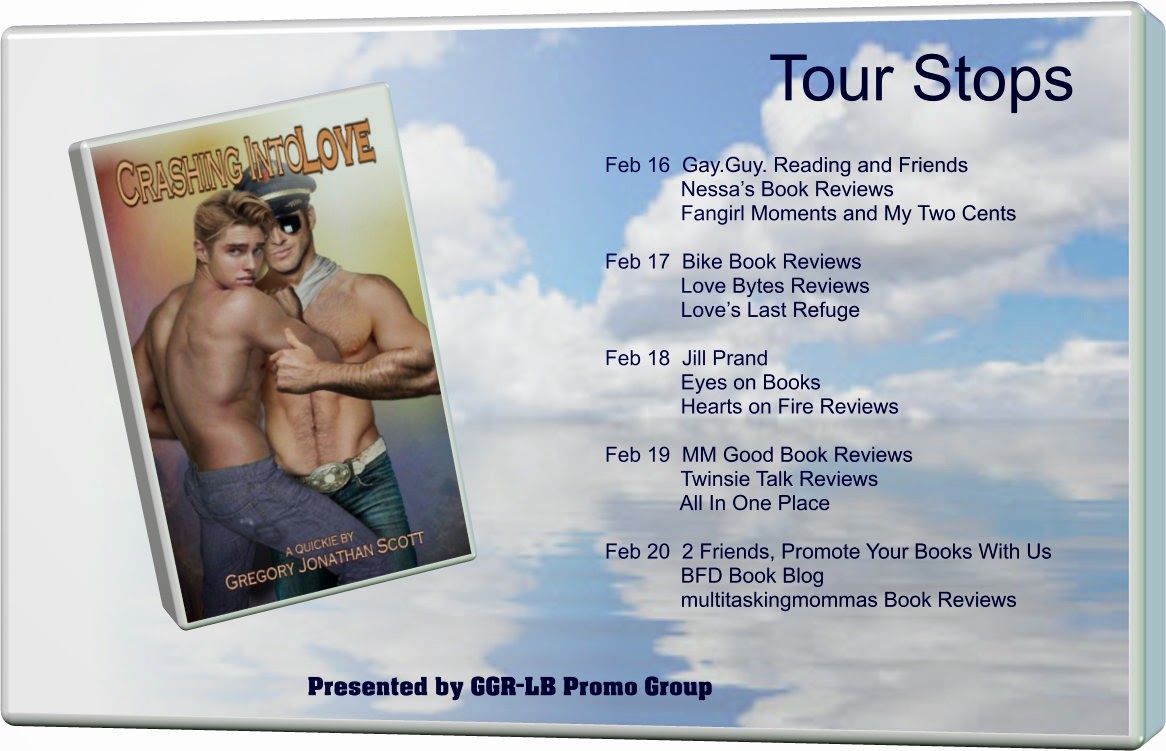 at February 17, 2015
Email ThisBlogThis!Share to TwitterShare to FacebookShare to Pinterest