HEY FRIENDS, I'M HERE WITH MY GIRL GRACE AND HER RELEASE DAY REVIEW OF DEARLY STALKED; BY ALLISON CASSATTA! I LOVE THIS AUTHOR AND THIS BOOK SO I CAN'T WAIT FOR YOU GUYS TO SEE GRACE'S REVIEW: LET'S TAKE A LOOK!

Blurb
Writing crime novels catapulted Memphis native Silas Cooper to fame and fortune, but when his words backfire and he becomes trapped in what could be one of his books, he needs a hero of his own.

Silas’s publicist insists he hire a personal assistant, and Silas chooses Scott Kramer. But before Scott starts, he already has a round of steamy phone sex to hold over Silas’s head, and his interest in his boss isn’t decreasing.

Benjamin Logan joined the Army to see the world, and while deployed he read every one of Silas’s books. With his military career over, Ben is back in Memphis working for the police department—and attempting a deeply closeted relationship with fellow cop Morgan Brown.

Over coffee, Silas and Ben become friends who support each other as relationships fall apart, and the attraction between them slowly emerges. When a dangerous stalker threatens Silas, it’s up to Ben to stop him.

If Ben fails, Silas might not live to tell this story… and Ben might not be able to live with himself.
QUOTE 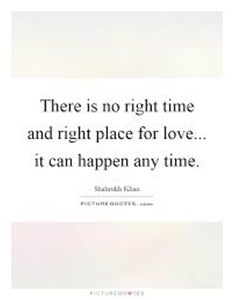 I LOVE THIS QUOTE FOR THIS BOOK, HERE IS GRACE'S REVIEW:

This book brings so many different facets with it; snark, terror, falling in and out of love and acceptance of others and oneself.  I was not prepared for the many of the issues Ben and Silas faced, so many of which they brought on themselves.
Silas breaks down and hires an assistant to make his agent happy.  Becoming intimate with Scott wasn’t exactly the plan but what can it hurt?  The deeper into the on/off relationship with Scott, the more Silas realizes it could hurt a lot.
Ben is closed off from everyone, on purpose.  When he finally lets Morgan into his life, and bed, he is constantly fighting with himself about where they are heading and how he can deal with it.
Through all of their relationship issues, Ben and Silas strike up a friendship, first built on fan/author dynamics but it eventually builds into a force of its own.  And when Silas is truly in trouble, they both realize just how important their relationship has become.  And even knowing this, right up to the very end, it’s hard to know if their relationship is going to make it.
It’s unusual for me to love a book as much as I do this one and have serious issues with the two main characters.  Silas is an uncompromising, sarcastic, selfish writer who doesn’t really concern himself with the feelings of anyone but himself, and possibly his agent.  Ben is a hard, uncompromising, closed-off police officer who never intends to allow anyone in.  I am 100 percent certain that without the influences of both Scott and Morgan on both men, their relationship would never have worked.  I literally found myself slinging curses at both Silas and Ben (and Ben’s father) for their inability to truly and openly communicate with anyone, but especially each other.
And, even with all of that, or maybe because of it, I was well and truly sucked into their world.  This book has everything including a truly hard fought and won HEA.  I will definitely be looking up more from this author.

*Note-Severe on page domestic assault of a main character. 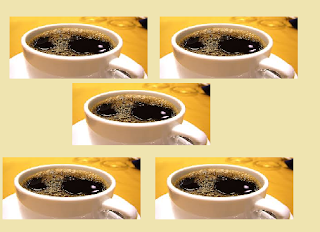 A 5 Black Coffee Rating just for Ben.  It truly suits him in every way.

YES! I LOVE THIS REVIEW, GRACE WAS SO ON POINT WITH IT! I TRULY ENJOYED THIS BOOK AS WELL, AND I HOPE YOU WILL GRAB IT FROM THE BUY LINK ABOVE! HERE IS AN EXCERPT FOR YA!

“HEY, Y’ALL,” Ben said, taking his usual spot at the end of the counter. His favorite Starbucks stayed pretty busy, what with all the UT med students trickling in after class and his buddies from Union Station. Heavy Midtown traffic also brought in the people wanting a break from the grind. They set up shop with their laptops and lattes, or books as huge as Ben’s bicep, taking up every seat at the large wooden table and the stuffed chairs huddled in groups of four. Ben didn’t get how anyone could concentrate on anything there. The place was always a freaking madhouse.
One of the men behind the counter sauntered up to the edge, leaned forward, and smiled. “What can I get you today?”
“Plain black coffee, please.”
“Plain black. You want the Veranda or something stronger?”
“Stronger. The stronger the better.”
The barista winked, grinned in a wicked kind of way. He knew what he was doing, flirting with a man who’d never mentioned anything about his sexuality, who did a pretty damn good job keeping a hetero facade. Whatever. Ben really didn’t care, and he damn sure didn’t reciprocate the flirting. Let ’em think what they want. Or maybe the barista acted like that with everyone and Ben was just paranoid. Freaking himself out for no damn reason.
“Plain black,” the barista said, sliding the cup in front of Ben’s face. He lingered a moment, hand still wrapped around the cardboard. What was he waiting for? A touch? A look? An invitation to keep flirting?
No. Absolutely not. “Thanks,” Ben said.
Shrugging, the guy turned on a heel and pranced down to the other end of the counter, then disappeared from sight into the back of the business.
Ben opened the black leather binder he kept all his forms and paperwork in, and he turned to a fresh page. He had a lot of jotting to do, and it was a hell of a lot easier to sit in a real chair, with a real solid surface, rather than on the side of a road somewhere in his squad car, and coffee was a damn good addition to his diet today. The only problem with that plan was every time the door opened and light flickered across his field of vision, he raised his head to check it out and always lost his place. That happened about three times before he lost interest and turned to Facebook for a little break. He didn’t find anything interesting there either.
Ben had every intention of getting back to his paperwork, but the door opened again. Moving glass reflected the sunlight and cast a shimmering glow over the otherwise darkened coffee shop. That’s when Ben saw him.
“Silas Cooper,” he whispered.
Now, he wasn’t the type to go all fangirl or whatever it was called. But holy shit. Silas Cooper. Ben had started reading Cooper’s books when he’d been deployed to the sandbox. Those books were part of the reason Ben became a cop when he got out of the Army. Those books were, are….
“Hello, officer,” Silas said with a smile.
“Hi.” Ben grinned wider, worrying the cup of coffee in his grip.
“Is this seat taken?”
“No. No, sir. Go ahead.”
“Sir. That’s cute.” Silas sat down beside him.
He sat like a proper gentleman: legs crossed high on his thighs, hands folded in his lap, posture as perfect as Ben had ever seen before. He was a handsome man with a healthy bit of scruff on his jaw, slender face and an arrogant smile, penetrating eyes and a confident stare. He didn’t look away from people, and the fact made him more magnetic than his silky voice ever could’ve.
Ben turned his attention back to his paperwork, hoping if he focused on something else, he wouldn’t accidentally stare at the literary star beside him, hoping if he concentrated on not being awkward he wouldn’t out himself right in the middle of the public eye. It worked. Facts from the domestic violence call he’d answered spewed from his pen like the frantic woman’s words as she’d recounted what her husband had done to her before fleeing the scene. This would probably end up being the most detailed and best-written report he’d ever submitted.
“I enjoy the company of police officers,” Cooper said. He held out his hand, eyeing Ben with resolve. “I’m Silas.”
“I know who you are.” Ben kept his hands to himself, fearing his trembling fingers and sweaty palm. What. The. Actual. Fuck? Ben didn’t get nervous. He didn’t get scared.
“I see.” Silas tucked his hand away. “Have our paths crossed before?”
“Nah.” Ben shook his head, closing his binder, because clearly he wouldn’t be doing any of that paperwork he really needed to complete. “I read a couple of your books when I was deployed.”
“Military, huh? Marine?”
“No.” Ben snorted. “Army.”
“Hmm. You look like a Marine.”
“What does that mean?” He turned on the stool, more facing Silas now, body open and exposed.
“Marines have a look about them, strong and confident, if not a bit cocky. They have a look in their eyes, a determination and a knowledge no one else understands.”
“Maybe I get it from being a cop. I’ve seen shit….”
When Ben’s voice faded off into his thoughts, Silas leaned in closer. He was in Ben’s bubble—a sacred place people rarely invaded because Ben did his best to exude an air of don’t screw with me. Silas must’ve picked up on those vibes, because he immediately backed off.
Ben was just about to open his mouth again to engage the man, when a new sound trespassed on their conversation. “Silas Cooper?” A brown-haired man stood to their right. He wore a suit, a nice suit as far as Ben could tell, and an overly produced smile. He held out his arm, shoving a hand right in front of Ben as if he didn’t exist, and said, “I’m Scott Kramer.”

YOU GOTTA READ IT NOW RIGHT? WELL WHAT ARE YOU WAITING FOR!! SEE YOU GUYS NEXT TIME, AND THANKS SO MUCH GRACE, FOR A TERRIFIC REVIEW AS ALWAYS!

at January 23, 2017
Email ThisBlogThis!Share to TwitterShare to FacebookShare to Pinterest