HEY GUYS, I AM SUPER EXCITED FOR THIS WEEKS AUTHOR SNAPSHOT! I AM FEATURING ANOTHER ONE OF MY FAVES TODAY, SUSAN MAC NICOL! I HAVE A POST FROM ME, THE LINKS TO MY REVIEWS OF HER BOOKS, AND EVEN A POST FROM SUSAN HERSELF! SO LET'S GET TO IT!

A BIT ABOUT SUSAN:


Susan Mac Nicol is a self-confessed bookaholic, an avid watcher of videos of sexy pole dancing men, geek, nerd and in love with her Smartphone. This little treasure is called ‘the boyfriend’ by her long suffering husband, who says if it vibrated, there’d be no need for him. Susan hasn’t had the heart to tell him there’s an app for that…
She is never happier than when sitting in the confines of her living room/study/on a cold station platform scribbling down words and making two men fall in love. She is a romantic at heart and believes that everything happens (for the most part) for a reason.  She likes to think of herself as a ‘half full’ kinda gal, although sometimes that philosophy is sorely tested.
In an ideal world, Susan Mac Nicol would be Queen of England and banish all the bad people to the Never Never Lands of Wherever -Who Cares. As that’s never going to happen, she contents herself with writing her HEA stories and pretending, that just for a little while, good things happen to good people.
Sue is a PAN member of the Romance Writers of America (RWA) and their Rainbow Romance Writers chapter.
If you’d like any e-book signed by Sue, please click here to be directed to theAuthorgraph site. Alternatively email her at susanmacnicol7@gmail.com.
Susan on Facebook
NOW FOR A POST FROM SUSAN HERSELF ABOUT HER WIP! I AM SO EXCITED TO SHARE THIS WITH YOU GUYS!
So, the lovely Becs has asked to write a little bit about the things I’m currently working on. I’m really excited about one of them. I was contacted a few months ago by Nicholas Downs, a successful television, stage and film actor in Los Angeles who asked me to collaborate with him on a book he wanted to write.
He’d done a screenplay but he wanted it developed into a longer story and told me he loved the way I write (he reads my books, how cool is that?) and how I created my characters so he asked me to do it. I was thrilled and honoured.
The project is called Sight Unseen, and it’s about a man, an up and coming sculptor, Nate, who has an accident -a hit and run- and becomes blind as a result. It’s also a friends to lover’s story. Cody, Nate’s best friend, has been in love with Nate since he was seventeen. It’s just a pity Nate has a boyfriend, Jon ☹ It’s an emotional tale of lost love, coming to grips with tragedy and of course, finding true love.
The ultimate aim is that after the book is published, Nicholas and I will work together on a screen play, which we want to develop into a film. It’s a mammoth task but one I’m really looking forward to taking on. Nicholas would very much like to play the part of Nate in the film should it get made, which is amazing and I can’t wait.
I’m also working on another stand-alone book called Living On Air. This is going to be a very gritty, dark and emotionally draining book about a silk aerialist called Carey trying to forget his horrific past. He travels with a circus, his family and when ex war-photographer, Rhys comes along to do a feature on the circus, Carey finds out hiding from the world isn’t an easy task anymore. It’s going to tackle some difficult subjects – sexual abuse by a priest, self-harm, suicide and PTSD. It also deals with hope, acceptance, healing and finding love in a difficult place.
Other ideas I have is a rock star story with a difference, involving some psychological trauma and a few twists and turns. Then there’s a Gothic steampunk romance, which will be based on a well-known classic horror tale. I don’t want to give anything away, but it’s going to be a very tough one to write, as the premise is rather complicated. I’ve also got an idea for a new series which takes place around the world, PLUS there’s always a potential detective-thriller spin-off series for Clay and Tate from Feat of Clay. So I think I’ve got enough to keep me busy in the years ahead.
I’ve got lots of other ideas as well – there may well be another Men of London book, featuring Kyle from Hard Climate with Eric. Or maybe the two of them will have separate stories, I haven’t decided yet.
Until then, I hope you’ll all be patient, and give me time to write all these stories buzzing in my head. I can’t promise they’ll all come to fruition but I’m going to give it a damned good try.

OMG!! HOW FREAKING EXCITING IS THAT! SO EXCITED, AND HE COULDN'T HAVE PICKED A BETTER AUTHOR FOR THIS PROJECT! NOW FOR A LOOK AT THE REVIEWS I HAVE DONE OF SUSAN'S BOOKS!

I LOVE THIS AUTHOR AND EVERY ONE OF HER BOOKS I HAVE READ IS AMAZING! BELOW IS A BIT OF WHAT SUSAN MEANS TO ME!

I love an author who isn't afraid to be who they are, and Susan is true to herself and her sexy men no matter what! If I had to pick a book of hers that means the most to me it would be Damaged Goods, Men Of London 7.
Not only is this book as wonderful as her other ones, but this book is special to me because Susan went in a different direction than the other books in this series, and she wasn't afraid to do it!  Jackson and Dare's story was one that had to be told and boy am I glad that Susan told it!
When an author puts out a book that is different from their others there is always a danger that some readers won't respond well, but the fact that they do it anyway because a story needs to be told means the author loves their craft!
This is what Susan impresses me the most about Susan,  I love the fact that she loves and believes in her characters so much she is willing to tell their story no matter what!

I HOPE YOU HAVE ENJOYED THIS AUTHOR SNAPSHOT GUYS! JOIN ME NEXT WEEK WHEN I SNAPSHOT ANOTHER GREAT AUTHOR! SEE YOU THEN, AND THANKS SUSAN, FOR LETTING ME 'SNAPSHOT' YOU :p 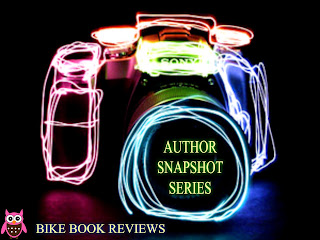 at August 04, 2016
Email ThisBlogThis!Share to TwitterShare to FacebookShare to Pinterest