HEY THERE FRIENDS, I HAVE BEEN WAITING FOR THIS BOOK, AND I AM SO EXCITED TO BE BRINGING YOU THE COVER REVEAL OF ACCEPTANCE; FORBES MATES 3; BY GRACE R. DUNCAN! THIS MEANS WE ARE ONE STEP CLOSER TO RELEASE DAY! LOOK BELOW FOR THE BEAUTIFUL COVER, THE BLURB, AN EXCERPT AND MORE! ENJOY GUYS!!

BEAUTIFUL RIGHT? NOW HERE IS SOME BOOK INFO AND AN EXCERPT:

Dr. Miles Grant acknowledges that his destined mate could be either gender even though his bisexuality cost him his family and his pack. Luckily he found the Forbes Pack, who happily accept him just as he is. What he never counted on was finding his mate in Pittsburgh or for his mate to be another species entirely—a cat!

Quincy Archer isn’t just any jaguar shifter. He is the heir to the leadership of his pride. Destined mates are nothing but legend to the nearly extinct and generally solitary jaguars, and Quincy certainly never expected to find one for himself, much less a male… or a wolf.
However, finding each other and coming to terms with their species is the least of their worries. Quincy is expected to select a proper female mate, father a cub, and take his place as heir to the pride. Except Quincy refuses, having no interest in women or leadership and knowing he isn’t right for it. But his father will stop at nothing—not even attempting to kill Miles—to get his way. Quincy and Miles must overcome many obstacles to stay together as the destined mates they’re meant to be.

Miles flopped down on the end of the couch in the tiny break room and rested his head on the back. His eyes closed on their own before he could tell them to. He didn’t have long—maybe twenty, if he was lucky.

He was seriously regretting taking on so many shifts. But he’d been missing Quincy and needed something to occupy his mind, to distract him. It was ridiculous, he knew that; they’d met twice. But they were mates, destined, and their bond had already started forming. His wolf had been driving him crazy, pushing him to try to find Quincy and mate.

The problem was, whether he liked it or not, he didn’t doubt for a moment Quincy spoke the truth about why they couldn’t be together yet. He’d talked to Chad and Jamie a little and got the gist of the problems Quincy was having, though Chad wasn’t in good enough shape to do much talking yet. He was still recovering from the change, still learning how to filter sounds and light, still learning how to be a wolf.

But Miles’s wolf didn’t understand, didn’t give a shit about any of that. In fact, he was pushing Miles to protect Quincy, which was more than a little laughable. He’d been truthful—he wasn’t afraid of a cat—but he had no knowledge whatsoever of the jaguar world. It still killed him that Diana had given him a cat. He’d been ready for his mate to be either male or female; he would have been content with either, even if his family and former pack had other ideas about that. But no, he had to get a different species altogether.

And a species he didn’t know a damned thing about. He didn’t know how far someone like Quincy’s father would go to get his way. And Miles was a healer, not a fighter. He could fight—all shifters learned how—but that didn’t mean he relished it, so he wasn’t as good as most others.

He needed to see Quincy again, even for a little while. He could appease his wolf a little, make himself feel a little better, and maybe find some patience to wait more.

Quincy had sent a few messages since he’d seen his mate last—in the emergency room waiting area two months ago—mostly texts and a couple of e-mails to let Miles know he was still alive and still in hiding. They’d exchanged little bits about each other, but Quincy hadn’t wanted to say a lot lest it was intercepted. It wasn’t much, but at least knowing Quincy was okay helped keep Miles from going completely insane. He’d like to think he’d know if Quincy was killed, but he wasn’t sure how far their thin bond went, for something like that. When he’d asked Chad how Quincy had gotten his contact information since he’d never had a chance to give it, Chad had told Miles not to wonder about it. But Miles knew at least part of what Quincy did and wasn’t worried. He didn’t think for a moment Quincy would use it against him.

The last two months had been pure hell. He had no idea how Tanner had managed to keep Finley at arm’s length for two years. Granted, they’d been able to date, hang out together, that sort of thing, and he hadn’t so much as glimpsed Quincy in two months.

So he’d spent most of it working. A few times he’d been told point-blank to go home, that he’d been working too much. Whether he’d liked it or not, they’d been right. He’d been so tired he’d barely been standing. But after getting a few hours’ sleep—filled with some very vivid dreams of Quincy—he’d needed to do something.

Since he couldn’t go back to work, he decided to do the other thing he was good at: learn. He’d gone down to the Carnegie Library in Oakland and begun reading up on all things Ancient Egypt, starting with Bastet. He had no idea how much of it was accurate to the jaguars and how much was pure myth, but he figured having a basis to start from wouldn’t hurt.

Miles sighed and sat up again, eyeing the coffee machine in the corner. It was clear he wasn’t going to get any sleep, so he might as well get going the only other way he could. But as he stood and turned to the counter, he got hit with a huge tangle of emotion that wasn’t his. Anger seemed the primary emotion, though there was fear mixed in. And pain. Too much pain.

Miles raced out of the room, not thinking about how it would look—not thinking much at all. If Quincy was close, something was very, very wrong.

Just as he rounded the corner near the ambulance entrance, one of the nurses ran up to meet him. “Dr. Grant! Your pa—”

“Partner,” Miles interrupted, then stopped himself when the nurse simply blinked at him. He’d never told them about a partner—because he hadn’t actually had one, as far as he knew—but he’d deal with that later. “A friend called me,” he said, thinking quickly.

Just then the doors opened and the paramedics pushed Quincy in on a stretcher. He was naked except for a sheet, his normally pale skin way too light. He had long gashes on his chest and stomach, but the rest was covered by the sheet. It looked like the scratches—probably caused by shifter claws, if he was any judge—had already started healing, though plenty more still looked wrong with him.

Miles had to take a quick breath, then a second as Quincy’s scent hit him hard—the hint of graphite and paper that overlaid a sweetness incongruent to Quincy’s outer personality. Miles had to shove hard on his wolf. He wanted out and wanted to go after whatever or whoever hurt their mate. Not now. We’ll help our mate, but not now.

With another breath through his mouth, he went into professional mode, falling back on his training and knowledge so he could make sure Quincy healed properly and didn’t raise too many eyebrows in the process.

If you haven’t read it yet, now would be a great time to check out the Forbes Mates series. Find out more about Devotion (Tanner and Finley’s story) and Patience (Chad and Jamie’s story) here: http://www.grace-duncan.com/books/out-now-2/forbes-mates-2

BELIEVE ME FRIENDS, YOU WILL LOVE LOVE LOVE THIS SERIES! IF YOU HAVEN'T READ IT CHECK OUT THE LINK ABOVE, IF YOU HAVE PRE-ORDER ACCEPTANCE TODAY!! HERE IS A BIT ABOUT GRACE:

CHECK OUT THOSE LINKS GUYS, YOU WILL BE GLAD YOU DID! THANKS FOR JOINING ME FOR THIS ACCEPTANCE COVER REVEAL! NOW I AM NOT THE ONLY ONE WHO CAN'T WAIT FOR THE BOOK ;p SEE YOU GUYS ON RELEASE DAY!! 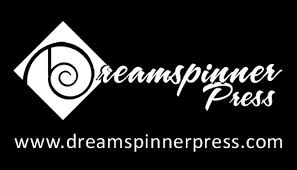 at June 08, 2016
Email ThisBlogThis!Share to TwitterShare to FacebookShare to Pinterest