HELLO FRIENDS, I HAVE A GREAT BOOK FOR YOU TODAY, AND MY GIRL MARINIEVES TO TELL YOU ALL ABOUT IT! ONE MARINE HERO BY EM LYNLEY IS ONE YOU CAN'T MISS FRIENDS, I HAVE MARI'S REVIEW, LINKS, AN EXCERPT, AUTHOR BIO AND LINKS, AND EVEN A GIVEAWAY, SO LET'S GET TO IT! 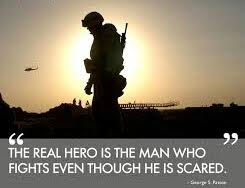 I LOVE THAT MARI CHOSE THIS QUOTE FOR THIS STORY! HERE IS HER REVIEW:


One Marine Hero by: EM Lynley
reviewed by: Marinieves


He’s a hero to everyone but himself.
Marine helicopter pilot Captain Jake Woodley struggles after receiving the Medal of Honor for a mission where he didn’t bring every man back alive. Being called a hero and having his photo plastered across the news makes him hate himself more. He despises his cushy job flying with the Marine One squadron, carrying the president and other officials, when he’d rather risk something, even death. He gets his wish when he’s ordered to fly a series of classified trips.
Matt “Beau” Beaumont has been relegated to covering the fashion beat after getting downsized from a hard-news position. But an unexpected invitation to a White House dinner might be the boost his career needs. Offering a hot marine an after-dinner blowjob wasn’t on Beau’s agenda, but when Jake takes him up on the proposition, some phenomenal casual sex soon blossoms into a relationship both of them crave.


When Beau’s extracurricular research uncovers defense department funding anomalies, he soon discovers the trouble goes higher than he imagined. Just as events start to make sense, the investigation puts Beau and Jake in deadly danger. It takes a daring play by Jake—risking everything he loves—to uncover the truth. 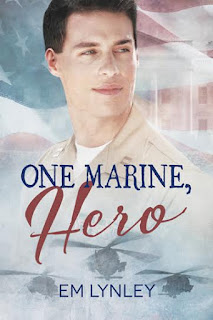 I have to say ... I loved this book from the beginning!

The story , mystery and romance, is well written. From the first chapter you want to get to know Jake and Beau .... who they are and what they want.

Jake is a  Marine, a Hero .... but He doesn't feel like one. Jake is struggling with recognition and dealing poorly with what happened.

Beau , is a reporter who has been covering the fashion industry after been laid off from his position at a more prominent newspaper.

Jake and Beau have something in common .... they have a big heart and good intentions.  Sometimes those can get you in trouble.

The romance,  good humor and the discovery of the conspiracy theories are what make this book , in my opinion, one of the best books by this author. 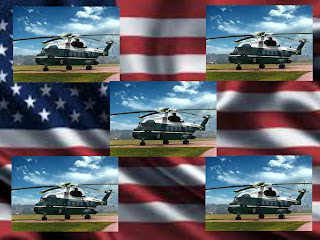 WHAT A GREAT REVIEW, I LOVE THAT MARI DID THE HELICOPTERS! HERE IS AN EXCERPT FOLLOWED BY THE BUY LINKS FOR THIS BOOK!!

“Did you meet any nice guys on your vacation, Jake?” Toby asked.
Jake stared at his twelve-year-old neighbor, unsure how to answer that.
“Toby!” Jenna, Toby’s mother, came through from the hallway. “You know better than to ask questions like that!” To Jake: “I’m sorry. You left the front door wide open.”
Jenna gave Toby a loving sneer. “Toby, why don’t you head home and let Jake get to sleep.”
“Okay,” Toby said, drawing the word out to seven syllables as if hoping his mother would change her mind before he finished saying it. He put his head down and pushed through the swinging door into the hallway.
“I need to pay him for looking after Daisy, Jenna.” Jake went for the wallet in his back pocket.
“Tomorrow’s fine. He can’t spend it tonight.”
“Internet….”
“True.” She grinned and looked at him. “You look good, Jake. Nice and tan.” She took a few steps closer and peered at him again. “Well, you might need to catch up on your sleep. Busy week?”
He shrugged and avoided her gaze. “Nothing I’d tell you or Toby about.”
“Yeah. I hope not.” She chuckled and sat on one of the chairs and scratched Daisy’s head.
Jake leaned against the counter. “Don’t worry. I’m not in the habit of oversharing. Especially about sex or drinking.”
“Tell me about it. You let me know if he gets too nosy. I think he’s hitting that age where he wants to talk about those things.”
“Do you want me to—” He didn’t want to finish the thought. Didn’t kids learn enough online that they didn’t need the birds-and-bees discussion anymore? Had his father had the talk with him before he was Toby’s age? He could barely remember being twenty-two, much less twelve.
She shook her head vehemently. “No. No way.”
“Sorry, I guess you don’t want him hearing the gay version. I think I can do the straight version. Can’t answer too many questions, though.”
“No, it’s not that at all. He sees you as a role model. I think he wants to be gay, so he’ll be more like you.”
A role model to a twelve-year-old? Jake was touched but a little worried at the responsibility. “What makes you say that?”
“He asks questions about whether he’s supposed to like girls or want to kiss them. Hell, I don’t know what to say.”
“Didn’t read the parenting manual?”
“If only. Let me know if he asks anything too personal. I’ve tried to answer truthfully, but not if he asks about me or his dad.”
“I can do that, if you like.”
“Only if you’re comfortable.” She fell silent, and the lone sounds in the room were the occasional thump of Daisy’s tail on the floor and the loud ticking of the clock on the wall. “Well, I better take my own advice and leave you alone to relax and sleep. You due back on Monday?”
“Yeah. I’m looking forward to it. Give me something to do instead of keeping my own company.”
“So, no hot guys on the trip who you might see again?” She stood up. “Sorry, that wasn’t fair. But I can keep hoping you’ll find someone….” She let the thought fade away, but Jake knew she wanted someone to keep him from self-destructing.
“You just want someone else to help with the plumbing and cleaning out the gutters.”
She shrugged and walked up to Jake to plant a sisterly kiss on his cheek. “Come for dinner tomorrow. It’ll motivate me to do more than microwave or order out.”
“Sounds good.”
Once she left, Jake settled on the couch with the one bottle of beer he found in the nearly empty fridge. Daisy hopped up and sat next to him as he flipped through three hundred channels of crap. He sucked down the contents of the bottle and wished he’d gone to buy more before he got comfortable. He stood up, and Daisy’s gaze followed as he walked over to the high cabinet over the bookshelf on one side of the room. He kept the strong stuff in here. He popped open the door and pulled out a half-empty bottle of tequila. He unscrewed the cap and took a gulp directly from the bottle, enjoying the burn as it slid down his throat. He started toward the couch.
Daisy raised her head and stared at him. She looked disappointed.
“Hey, I’m old enough to make my own decisions.”
Daisy put her chin back down on the couch, but her eyes bored into Jake’s, and he felt the weight of her disapproval. He couldn’t take it. He took another good belt, then put the bottle away in the cabinet. When he turned back toward the couch, Daisy thumped her tail and made a sound he interpreted as approval.
“Fine. You win. This time.”

NOW FOR A TREAT: HERE IS EM LYNLEY WITH A FEW WORDS ABOUT THIS BOOK AND A PIC OF HER HELICOPTER LESSON!!!

If you enjoy military men, danger, sizzling romance and a peek behind the scenes at the White House, don't miss this one!
This is a story I really enjoyed writing! As some of you know, I used to work as a White House economic adviser. Some of my behind-the-scenes experiences with Marine One on the White House lawn are included here.
For research I even took helicopter flying lessons. You're really in for a treat this time around. 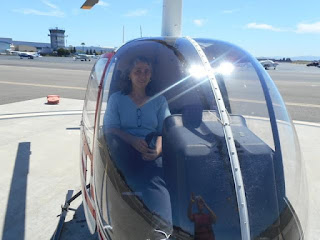 BOY DOES THAT LOOK LIKE FUN! BELOW IS A BIO ON THIS AUTHOR AND HER SOCIAL LINKS:
EM Lynley writes gay erotic romance. She loves books where the hero gets the guy and the loving is 11 on a scale of 10. A Rainbow Award winner and EPIC finalist, EM has worked in high finance, high tech, and in the wine industry, though she'd rather be writing hot, romantic man-on-man action. She spent 10 years as an economist and financial analyst, including a year as a White House Staff Economist, but only because all the intern positions were filled. Tired of boring herself and others with dry business reports and articles, her creative muse is back and naughtier than ever. She has lived and worked in London, Tokyo and Washington, D.C., but the San Francisco Bay Area is home for now.

She is the author of Sex, Lies & Wedding Bells, the Precious Gems series from Dreamspinner Press (Indiana Jones meets Romancing the Stone), and the Rewriting History series starring a sexy jewel thief, among others.

CLICK THE LINK BELOW TO BE DIRECTED TO THE PAGE TO ENTER A RAFFLECOPTER GIVEAWAY FOR A $20.00 DREAMSPINNER GIFT CARD! GOOD LUCK FRIENDS:

THANKS FOR JOINING ME FOR MY BLOG TOUR STOP, AND THANKS TO MARI FOR ANOTHER AMAZING REVIEW!! HAVE A GREAT ONE FRIENDS!! 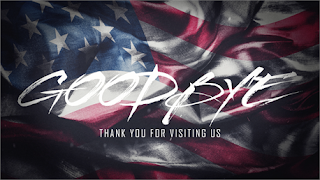 at September 02, 2015
Email ThisBlogThis!Share to TwitterShare to FacebookShare to Pinterest