WHISKERS OF A CHANCE COVER REVEAL!

HEY THERE FRIENDS, I HAVE A COVER REVEAL HERE FOR YA, WHISKERS OF A CHANCE BY TEMPESTE O'RILEY IS SURE TO BE A GREAT READ JUST AS HER OTHER BOOKS ARE! WE HAVE THE AWESOME COVER, BOOK INFO, A LINK TO PRE-ORDER, AN EXCERPT, AND INFO ON TEMPESTE AND HER OTHER BOOKS! I CAN'T WAIT TILL SEPTEMBER 30TH, WHEN THIS ONE RELEASES! ENJOY FRIENDS!

Who knew a welcome to the neighborhood gift could give Keith and Jason their chance at love? 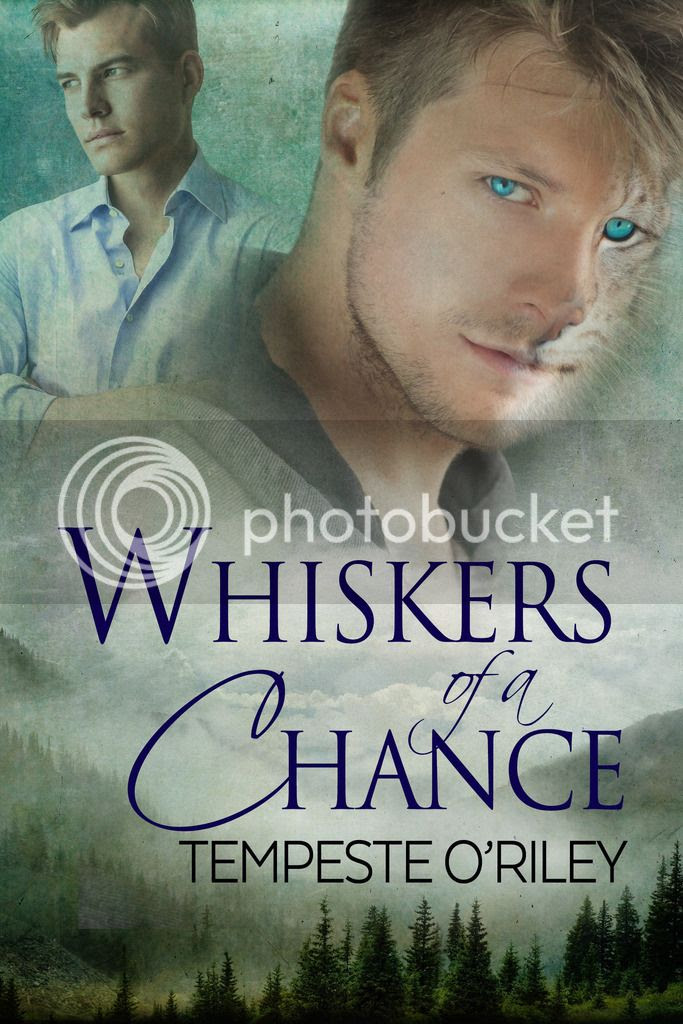 Whiskers of a Chance


Jason Grant runs his own IT business from home, owns his own home, and has the best friend he could imagine. What he doesn’t have, or believe he will ever have, is love. When Jason catches a glimpse of his new neighbor on moving day, his libido ignites and his fascination in piqued. He even manages to concoct an excuse to go over and meet the man who makes him hope and want for more than he has in years.

Keith Skyler is a shifter in a world where his kind is known to only a few, but they don’t often mix and they never mate. Keith has been hoping for a mate since before he can remember, but gay lynx don’t have true mates. As far as he knows, they don’t have mates at all. However, while moving his little family across Seattle—and away from their tribe—his reality tips and spins more than he thought possible.

When these two men meet over a dish of five-cheese broccoli-noodle casserole, sparks fly. Who knew a welcome to the neighborhood gift could give both of them their chance at love?

SOUNDS GREAT RIGHT? YOU KNOW IT DOES :) LOOK BELOW FOR AN EXCERPT!!


Keith’s body pressed against his back. Without thinking, he leaned back into the warmth and strength now surrounding him. He’d caught a whiff of the man’s earthy scent before, but now it seemed as though it poured off him, seeping into every nerve and thought Jason had.
“Why?” Jason breathed, unsure what to do next. He knew what he looked like, and at just a touch under six feet tall, with somewhat dirty blond hair cut in a conservative, business look, and lackluster hazel eyes, he couldn’t believe a man with Keith’s rugged, model-worthy looks could really want him.
“I think it was the serious look on your face as you watched us unload.” He felt a shrug against his back. “Or maybe the activity you got up to later was what caught my eye. But either way, I was hoping you’d come over soon.”
Keith traced his ear with the tip of his tongue, sending shivers through Jason’s suddenly superheated body. “A-act-tivity?” Jason asked. He hadn’t thought anyone could see him.
Keith pressed against him tight, letting Jason feel how hard he was—and how big. Damn! “Oh yeah. I dreamed about you, about taking you in this very kitchen.”
This couldn’t be happening. Keith wanted him too? “And what did you p-picture us doing?”
“I’d rather show you,” Keith whispered into his ear before sucking the lobe into his hot, wet mouth and biting gently.
Jason nearly came just from that little action. “Oh God.” He whimpered, pushing back and rubbing his butt against Keith’s rigid cock. “You—I— Oh, please,” he choked out. He never did things like this, but right then, all he could think about was how perfect Keith would feel deep inside him, filling him, taking him right there on the counter.
Keith spun him around to face him so fast Jason got dizzy. He looked up, confused, before Keith took his mouth in a rough, demanding kiss that stole his breath and what was left of his thoughts. His world condensed down to the sweet bite of teeth and the wet slide of Keith’s searching tongue as he mapped and ate at Jason’s mouth. He was vaguely aware of moans and pleading whimpers, but he couldn’t focus on anything but the man currently devouring his very soul.
Keith’s fingers dug into his hip, hard enough he knew he’d have bruises later—a thought that brought more heat to his passion and joy to his battered heart. He snaked his other hand up to Jason’s head, his fingers threading through Jason’s short hair, and tugged enough to drive his want and need higher. Keith used his grip on Jason’s hair to tilt his head to the side and back, eliciting more breathy sounds from Jason. Keith kissed down his neck, nipping as he went. He rubbed his cheek against Jason’s and demanded roughly, “Tell me I can have you. Right here. Right now.”
Before he could make his mouth work, Keith bit him, sinking his teeth into the flesh where his neck and shoulder met. Instead of saying yes, as he’d intended, Jason keened high and loud, the sound echoing through the kitchen. Keith swiped his tongue over the now-tender skin before kissing his way back up his neck. “I need to hear you say it. And as much as I love the sounds you’re making, you have to answer me. Now.”
The deep, rumbling words edged him closer to oblivion. God, but he loved a man who knew what he wanted during sex. “Y-yes,” he panted and rocked his trapped dick against Keith’s. “Please, yes.”
The possibility for any more words was cut off when Keith plunged his tongue back inside Jason’s mouth, grinding their cocks together as he thrust in a way Jason hoped Keith would soon be doing a bit lower.

NOW HERE ARE LINKS TO TEMPESTE'S OTHER BOOKS, LET ME TELL YOU I HAVE READ MOST OF THESE AND I LOVE EM!! IF YOU HAVEN'T GRAB EM FRIENDS, MAN WILL YOU BE GLAD YOU DID!!


Other Books By Tempeste: 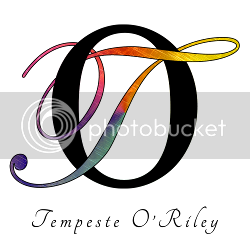 Tempeste O’Riley is an out and proud pansexual genderfluid whose best friend growing up had the courage to do what they couldn’t—defy the hate and come out. He has been their hero ever since.


Tempe is a hopeless romantic who loves strong relationships and happily-ever-afters. Though new to writing M/M, they has done many things in their life, yet writing has always drawn them back—no matter what else life has thrown their way. They counts her friends, family, and Muse as their greatest blessings in life. They lives in Wisconsin with their children, reading, writing, and enjoying life.

USE THOSE LINKS FRIENDS, THIS IS ONE FASCINATING AUTHOR! THANKS FOR JOINING ME FOR THIS COVER REVEAL, I WILL SEE YOU BACK HERE FOR MY REVIEW ONCE THIS BOOK COMES OUT!! 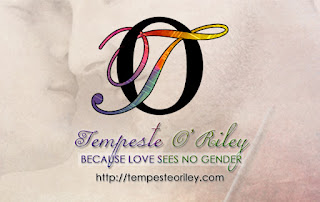 at August 26, 2015
Email ThisBlogThis!Share to TwitterShare to FacebookShare to Pinterest