HEY THERE FRIENDS, I HAVE ANOTHER RELEASE DAY REVIEW FOR YOU: SHARING A DEMON'S BOND; A LOVING NIP 5 BY CHARLIE RICHARDS IS A GREAT BOOK, AND I HAVE CLAUDIA HERE TO TELL YOU ABOUT IT: I HAVE HER REVIEW, THE LINK, AND EVEN AN EXCERPT FOR YA, SO LET'S GET STARTED: 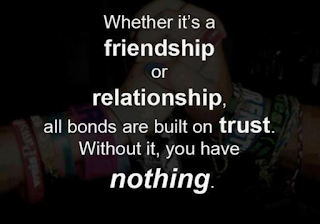 THIS QUOTE IS PERFECT! CLAUDIA NAILED IT! HERE IS HER REVIEW:

Sharing A Demon's Bond (A Loving Nip 5) by: Charlie Richards
reviewed by: Claudia

Just a little love bite: When the monster comes out of the dark...sometimes he eats you up in every way you love.

Peter has lived with vampires for almost two decades, ever since his own parents were killed in a house fire, and he considers himself pretty knowledgeable about paranormals. Stopping for a cup of coffee in a diner, Peter finds himself turned on by the steady stare of a big Italian. When he makes a pit-stop at the diner's restroom, he doesn't expect a hook-up. That's exactly what Peter gets...and he also learns he doesn't know as much about Paranormals as he thinks he does. His new lover, Balthazar is a demon, who is coming up on his one thousandth birthday. He kidnaps Peter, claiming him as his amina, his soul, a reward from the Gods on doing his job well for a thousand years. Except, Balthazar's job is sucking out the souls of the living and delivering them to Death. If Peter can get past the stigma of being bonded with a soulless demon, can Balthazar keep him safe from whoever is sending minions hell-bent on keeping them apart--not to mention Peter's meddling vampire friends--long enough for their bond to seal? 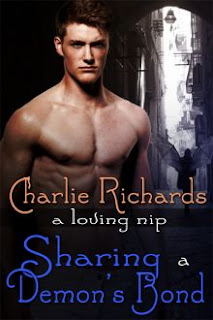 Since the first time I read about Balthazar in the fourth book from Loving Nip series, I was thrilled and I couldn’t wait for the release of Sharing a Demon’s Bond.

To Peter, Balthazar didn’t look like or act like a regular soul sucking demon, besides what his friend tries to make him believe… He doesn't get how he had never heard of demons, even after living in Adalric’s coven for over 20 years… he really thought that he knew all about paranormals, but he couldn’t be farther from the truth!  Something about Balthazar draws Peter’s attention from the start. He was loving, caring, attentive… okay, he had kidnapped Peter, but since he was his amina, his soul, this little detail was justified, right? After all, they needed time to be together, to know each other, to forge their bond…  And Oh my… those two are steaming hot together!!!

The best part of reading paranormal books is that I can let my imagination soar and jump headlong into the story…  And Charlie always does an amazing job with her books, so this one was no exception. I was hooked from the first page on Peter and Balthazar's story!

This is a must read, so don’t miss it, because you’ll love it as much as I did! 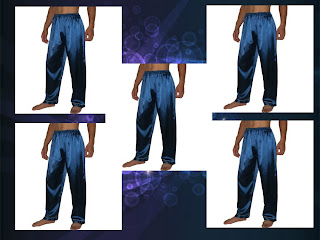 I LOVE THAT CLAUDIA DID THIS RATING :p, HERE IS THE BUY LINK FOR THIS ONE :

NOW FOR AN EXCERPT, YOU ARE GONNA LOVE THIS:

Peter turned toward the single sink. He turned the water on and cupped his hands under the spray. After splashing his face, he rested his hands on either side of the basin and hung his head over the bowl, allowing the water to drip from his face.
What if he’s a paranormal?
Peter practically kicked himself for not realizing it earlier. Of course the man had to be something other than human. Maybe he was a bear shifter or something…he’d met one once before.
Kontra Belikov was a grizzly shifter who’d attended Master Adalric’s Christmas party. He’d been big and hot, too. Except, where Kontra had been mated and clearly taken, the guy sitting out in the dining room had obviously not been.
Peter sure hoped he was right. That would make things so much easier. Shifters liked to shag just as much as vampires. Maybe he could make arrangements to hook up with him later that evening after dropping the cake at home.
The cake!
Damn it.
Straightening, Peter grabbed a paper towel. He wiped his hands, then his face. Turning, he looked around for the trash can.
Peter gaped. Standing just inside the door, silently watching him, stood the sexy stranger. He froze, his hands clutching the paper towels.
Meeting the man’s dark eyes, Peter couldn’t help notice the way his eyes seemed to glitter or swirl, even. The man’s wide mouth slowly curved into a smile. He stalked forward.
“Wh—” Peter backed up a couple of steps. His back hit the wall. “What are you?”
The man’s nostrils flared. He stopped directly in front of Peter. “I am a demon, pretty human,” he rumbled. Ducking his head, he tucked his nose against Peter’s neck and inhaled deeply. A growl vibrated through him. “And you smell like vampire.”
Peter knew his eyes widened in shock, but he still couldn’t seem to focus. All he could think about was how much he wanted the man looming over him to press his body against him. Was his body as hard as he looked?
“D-Demon?” Peter finally managed to respond. He blinked, forcing his gaze to focus. Looking up, he found his gaze snagged by the stranger’s obsidian eyes. “L-Lust demon?” That could be the only answer for the powerful desire surging through him. Right?
The man shook his head slowly, just once. “I am a demon. One either is or is not,” he stated, his voice deep and rough, as if he didn’t use it enough. “I am Balthazar.”
“P-Peter,” he responded. “If you’re not a lust demon, why do you make me hard as nails?”
Balthazar grinned widely, showing off teeth with plenty of points. Peter didn’t know why, but he shivered at the sight of them…and not from fear. Instead, he wondered if the demon’s bite would be as pleasurable as a vampire’s. Did they drink blood?
Wait, how come I’ve never heard of demons?
“Your body responds to my pheromones because you are my amina,” Balthazar rumbled, his words rolling huskily off his tongue. He reached out and touched Peter’s cheek with one hand. Sliding his other arm around his body, Balthazar rest his palm on Peter’s ass. “My amina,” he said again as he pulled Peter against him.
Peter gasped as he felt the size of Balthazar’s hand on him. He grabbed for the lapels of the man’s—demon’s—trench coat, hanging on as he was lifted up the wall. He realized he’d dropped the paper towels, but couldn’t find it in him to care where or when. On instinct, he wrapped his legs around the other man’s wide hips. When his cock pressed against the swollen thickness of the other man’s trapped shaft, he shivered and groaned. His cock oozed another drop of pre-cum.
“Oh,” Peter hissed. “Oh, shit.” He felt his balls roll in his sacks. “I-Is an amina anything like a vampire’s beloved?” he ground out, his tongue struggling around the unfamiliar word. Panting hard, Peter tried to keep himself from coming.
“Similar, but different,” Balthazar rumbled. “Let me have you, Peter. Offer yourself to me.”
Peter realized he was moving. His hard shaft bumped and rubbed against his soon-to-be lover’s with each step. Seconds later, he found himself in the tiny bathroom stall, Balthazar’s massive body filling up most of the space.
“Yes,” Peter murmured. Now that they were alone, the stall offering a measure of seclusion, all his inhibitions fled. He wanted this man and from the look of primal need in Balthazar’s eyes and the rock hard erection he felt trapped behind the man’s fly, Peter knew it wouldn’t take either of them long. “Take me, Bal,” he urged. “Fill me with your seed. I want to feel you.”

WHEW (FANS SELF) TOLD YOU YOU GUYS WOULD LOVE IT, WAIT TILL YOU READ THE WHOLE THING! THANKS FOR JOINING ME FOR THIS REVIEW, AND THANKS CLAUDIA FOR ANOTHER WONDERFUL REVIEW!