HEY THERE FRIENDS, I AM HERE WITH A RELEASE DAY REVIEW TODAY (MY FAVE), AND THIS ONE IS FROM ONE OF MY FAVORITE NEW AUTHORS, FREY ORTEGA! SAFE AND SOUND IS A GEM FOR SURE, I HAVE MY REVIEW, BUY LINKS, AND AN EXCERPT, SO LET'S GET STARTED: 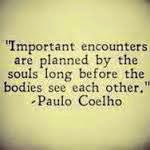 YES! THIS IS PERFECT FOR THIS BOOK! HERE IS MY REVIEW:

Finn Macmillan is at odds with himself. The son of the alpha, he hadn’t even been thinking of his purpose in life when suddenly, life drops him a handsome young prince in the middle of the road on the way home to Hidden Lake, a haven for shifters away from the eyes of humanity.
And while Finn sees no problem in claiming his mate, Kahlil fears putting down roots. After all, he is being hunted.
How will Finn calm the exiled princeling down and make him see that with his rightful mate, Kahlil is Safe and Sound? 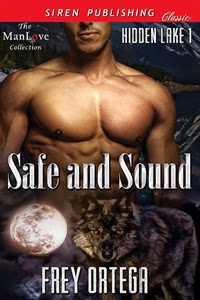 Well first off just let me say, Frey Ortega has done it again! The man must have Midas fingers or something because everything he writes is gold in my opinion! I am over the moon for this book, let me tell you why:


Kahlil is a prince on the run, in his small country being attracted to men is forbidden, so Kahlil exiled, but he has to hide because there are people from his homeland that don't just want him out of the country, they want him gone!

Finn is the alpha's son, and he hadn't even thought about settling down when he meets his mate, the problem is his mate is on the run. Finn must convince Kahlil that in Hidden Lake, he is safer than anywhere else and that whatever is coming for his mate doesn't have a chance at getting him!

Wow friends, this one is excellent, and as hot as you would expect a book from this author to be! Don't miss out on this one, and when you read it you will be pining for book two just like I am!! Thanks Frey, for giving us perfection every time you write! 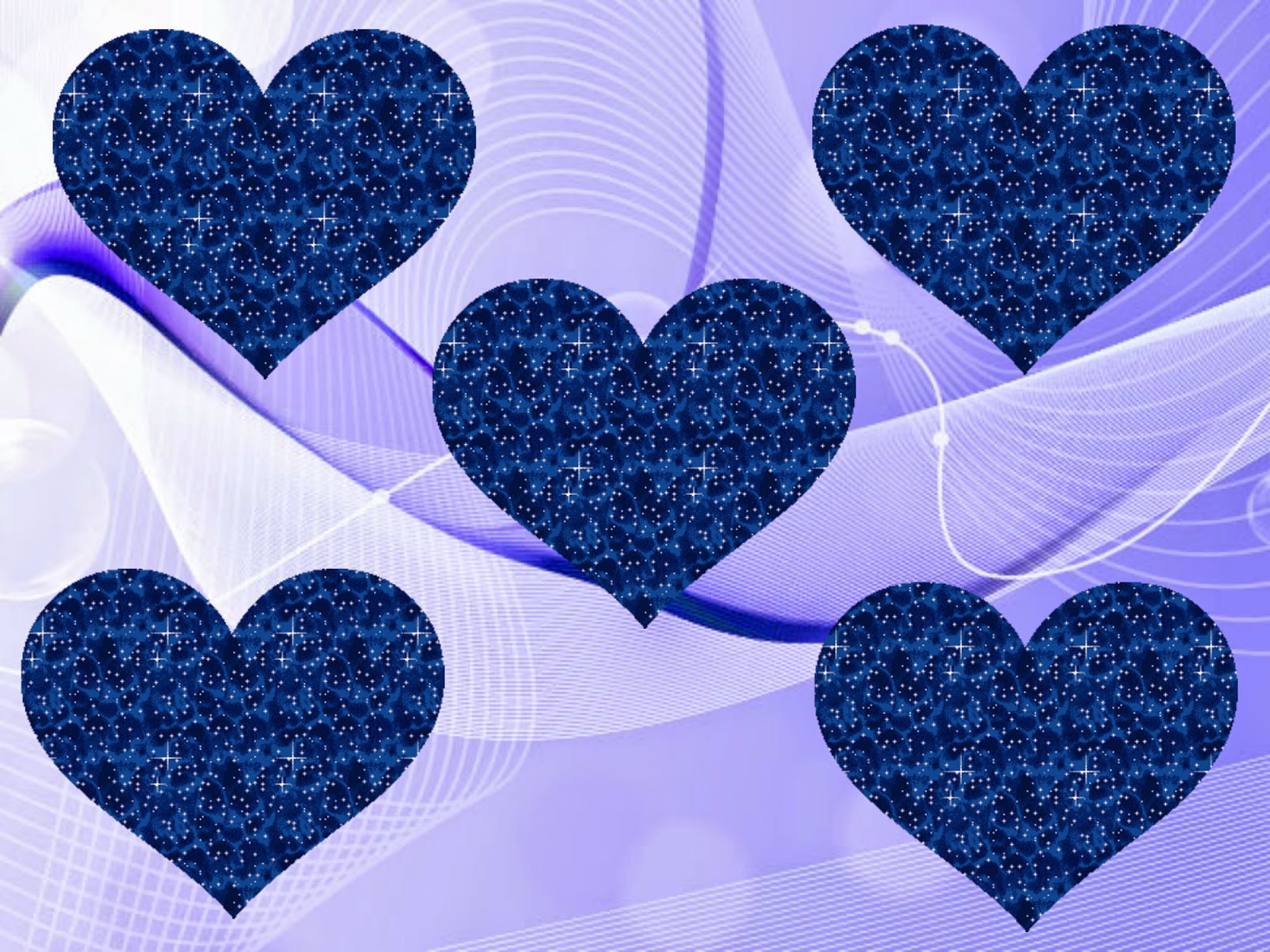 I HAD TO DO THE 5 BLUE HEART RATING CAUSE I LOVE THIS BOOK SO MUCH ;) HERE IS THE BUY LINK (IT ISN'T ON AMAZON YET, BUT I WILL LET YOU KNOW WHEN IT IS)


HERE IS AN EXCERPT OF THE BOOK:


Kahlil bit down on his lower lip. Squirming and naked, Finn could almost hear the thundering of the man’s heart in his chest. With each gaze they shared with each other, it felt like something inside of Finn was telling him that he was right where he needed to be. Pleasuring Kahlil like this, making him gasp and groan, and every little soft whimper come out of his pleasured little mate, made Finn feel like an alpha who finally found his omega.
And in some ways, wasn’t that the case?
Quickly removing his clothes until he was bare naked in front of his lover, Finn took the time to lay himself right above Kahlil. Sliding his body down so that his chest was perfectly aligned with Kahlil’s, the tip of his raging erection prodding against his lover’s lube-slicked rear, Finn once more claimed his lover’s mouth with a searing kiss. Finn’s hands went to either of Kahlil’s legs, slowly spreading them until they were comfortably on either side of his hips, and raised up so that Kahlil’s bottom was angled ever so slightly upward.
With a slow, sinuous glide of tongue against the moist cavern of Kahlil’s mouth, Finn arched his back ever so slightly, and with only the pre-cum of his cock lightly dribbling down the tip and against his shaft, Finn slid forward firmly, pushing the tip of his shaft into Kahlil’s cum-and-lube-soaked hole.
Kahlil gasped. It took a moment of struggling, but the tip of Finn’s cock finally found its way into Kahlil’s body. Groaning out, Finn parted from their kiss to loll his head backward. His eyes closed. His lips parted, and he exhaled.
Gods, Kahlil was tight.
Pushing ever so slowly, careful not to hurt Kahlil or himself, Finn exercised as much caution as he could while he slid deeper and deeper into Kahlil’s untouched rear. Excitement coursed through him. His own heart thundered, and Finn could feel his fangs begin to slowly come out like sharp thorns ready to prick. Finn stared down into Kahlil’s eyes, and as he smiled through his panting form, he could see Kahlil begin to grin, too.
And then Finn pressed the entirety of his hardness into Kahlil. For a moment, they were both still, and then, with all the slowness that he could muster, Finn started to slide his hips forward and back. God,Kahlil was tight. The slick, moist heat made Finn want to slam deep, but he stifled himself.
Concentrating on the fact that Kahlil was a virgin, Finn wanted to make the man’s first time good. He wanted to make his mate feel good, and also, he wanted to claim his mate and make sure that Kahlil knew that he was Finn’s. But to do that, Finn knew that it centered on letting Kahlil acclimate himself to the invasion of Finn’s shaft inside of his pucker.
“You’re so tight,” Finn whispered. “And you feel so good.”
Kahlil grinned weakly. His toes curled as Finn seemed intent on continuing on his slow, gentle glide. Kahlil’s hands immediately went up to Finn’s shoulders, gently pressing his nails down into his wolf shifter’s skin. There was the slightest burn of friction, but the slick glide provided by the lube was unlike anything the both of them had experienced before.
“Do you feel it?” Finn whispered as he began to quicken his pace ever so slightly, and then he stopped. It was like each throb of the wolf shifter’s cock was a direct line to his heartbeat. Panting and staring down into Kahlil’s eyes, he spoke once more. “Can you feel me, Kahlil? I’m here. It’s like we are one.”
It took a moment, because as perspiration dotted Kahlil’s face and his body, it was clear that Kahlil currently had a tenuous grip on his sensibilities. Lust clouded his eyes and he was intent on the feeling of fullness and the fact that, as Finn looked down, the wolf shifter felt a light poke against his stomach with Kahlil’s erection growing yet again. In fact, it was even starting to leak.
“Please,” Kahlil begged. “Go faster.”
Finn chuckled and pressed a kiss right on top of Kahlil’s neck. Finn slid his hips forward and back once more, pumping his manhood forward and backward, making his mate underneath him whimper out at the slow, but hard, thrust. That tight, gentle burn of friction melted away as Finn continued to hammer and thrust into Kahlil’s tight, previously untouched sphincter.
Then, Finn started his exploration. Slightly angling his body this way and that, rotating his hips with every hard, piston-like thrust of his body into Kahlil, Finn’s muscles tensed and his eyebrows furrowed in concentration. He watched every reaction on Kahlil’s face until the man’s lips were parted in a silent scream and his eyes closed.
Jackpot.

WHEW (FANS SELF) TOLD YOU IT WAS A HOT BOOK! THANKS FOR JOINING ME TODAY FOR THE RELEASE DAY REVIEW OF SAFE AND SOUND! NOW GO READ IT, YOU WILL BE SO GLAD YOU DID!

at April 01, 2015
Email ThisBlogThis!Share to TwitterShare to FacebookShare to Pinterest