WHAT WHO WRITES IS READING WEEK 11: SHARITA LIRA: 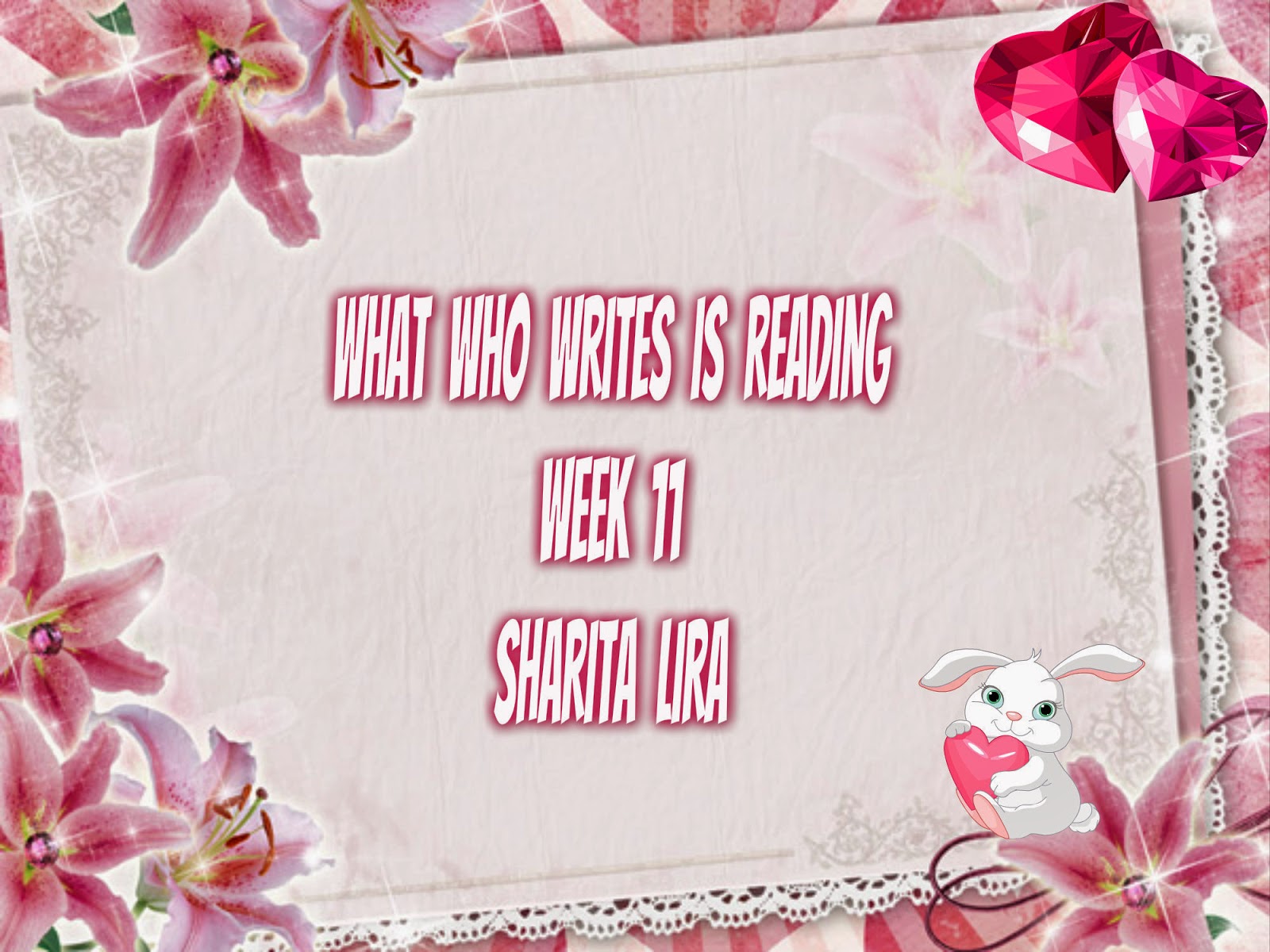 WE ARE BACK THIS WEEK WITH WHAT WHO WRITES IS READING WEEK 11, I AM HAPPY TO HAVE SHARITA LIRA HERE THIS WEEK, SHE BRINGS US A SERIES BY SUE BROWN THAT I HAVE YET TO READ, BUT NOW I CAN'T WAIT TO! HERE IS SHARITA'S POST:

It was a tough choice to decide between the series of books I love to read, but my heart wouldn’t let me pick over Sue Brown’s Morning Report. Sue’s Morning Report was one of the first m/m romance novels I absolutely devoured. I say that because when she released this, I’d just started doing m/m myself. After reading so many short stories, slash fiction, and anthologies, I picked her novel up to get a true sense of the m/m genre. Not only did I get that, but I was treated to two characters who will always be my favorite other than my own; Luke and Simon.

I won’t tell much, but Luke and Simon are a lovely cowboy couple living in Texas facing problems such as homophobic neighbors and personal tragedies. To think of what these two men went through to be together is unbelievable and in turn, Ms. Brown’s story gave me the basis of what I wanted to write; people who overcome large odds for love. Reading Morning Report as well as its subsequent books with surrounding characters is by far one of the best series I’ve ever read. Though I’ve been titillated with other books, Morning Report will always be my go to for an awesome romance series.

Sue’s stories will break your heart at times as in The Sky is Dead, the first m/m book to make me cry, but I’ll always be a fan. Now, I read everything of hers religiously and Morning Report is what started it all.

THANKS SHARITA, THIS IS A GREAT POST AND NOW WE HAVE A LOOK AT THE SERIES, BOOK ONE ISN'T ON AMAZON RIGHT NOW, SO I HAVE THE DREAMSPINNER LINK FOR IT, AND AMAZON AND DREAMSPINNER FOR THE OTHERS :) :

A decade on from their first kiss, Luke Murray is more in love with Simon every day. Running the Lost Cow ranch for Luke’s parents, they keep their heads down and get along with the locals, even if Luke is known for being a hothead. Then one day they discover the local store owners refuse to serve them.

They’re bewildered until Luke’s mom tells them the new pastor has targeted the couple in his sermons. Suddenly Luke and Simon find themselves alienated from people they called friends, and their ranch comes under a series of attacks. As the town’s hatred and homophobia turns on them, Luke and Simon will face a critical choice: give in to the town’s demands and disappear, or stand and fight for themselves and their love.

MAN THIS ONE SOUNDS GREAT! I AM GONNA HAVE TO GRAB IT, LOL HERE IS BOOK TWO:

Sequel to Morning Report Morning Report: Book Two For Tommy Bradley, a hand working on the Lost Cow Ranch in rural Texas, admitting his sexuality is impossible, even if his bosses, Luke and Simon, are gay—Tommy has spent his entire life hiding the truth from his homophobic parents. Then Tommy meets pastor Noah Taylor in Luke’s father’s hospital room, and his difficult secret becomes that much harder to keep. Noah is unlike any man of God—or any man—Tommy’s ever met. For one thing, his congregation is made up primarily of GLBT individuals and their families. For another, he isn’t afraid of the attraction he feels toward Tommy, and he makes his intentions very clear. But Noah won’t hide his sexuality or his love from the world, and he won’t start a relationship with Tommy while Tommy hides his, either. Faced with the choice of losing Noah or coming out to his parents, Tommy takes his first steps out of the closet. But Tommy isn’t the only one facing challenges. Thanks to an outpouring of hatred from Pastor Jackson and a group of ranch owners, Noah must cope with the possible loss of his church and his livelihood.

WOW I CAN'T WAIT TO READ THESE! AHHH GONNA HAVE TO GET THEM :) HERE IS BOOK THREE:

When Ray Sloane tires of the men in his usual club, he finds himself in the Pink Palm, an inauspiciously named spit-and-sawdust dive, not the sort of place an elementary school teacher and pastor’s assistant should be seen in. On the other hand, Ray needs a fresh face. But what he gets is a closeted, desperately unhappy divorcé named Zeke.

Losing his teaching job and his kids has left Zeke bitter and in denial about his sexuality, but Ray is determined to get under his skin. Just as Zeke starts to relax, life interferes with Ray’s plans: Lee, the teenage organist from St. Mark's, tells his parents that he was abused as a teeanger by a prominent congregation member from his old church, and Ray becomes the target of bullies at school and has to worry about his own job. With the specter of what happened to Zeke hanging over him, Ray must protect Lee and his own reputation, all while trying to convince Zeke that he doesn’t need to run away when their relationship grows more intense.

AHHH I HAVE TO GET THIS SERIES AND START READING RIGHT NOW! HERE IS BOOK 4:

Lost Cow Ranch foreman Simon Bryan is worried about Luke, his boss and possessive partner of twelve years. Reeling from the flood that took his horse, Luke has postponed surgery on his knee, and his nightmares have been escalating. Worse, he is pulling away from Simon emotionally. Desperate to help his lover cope, Simon plans a special Christmas gift, but it is Luke’s present that changes their relationship forever.

WELL THAT'S THE SERIES FRIENDS, AND I DON'T KNOW ABOUT YOU, BUT I AM OFF TO GET EM! I HAVEN'T MET  A SUE BROWN BOOK I DIDN'T LIKE AND I KNOW THESE WILL BE NO EXCEPTION! THANKS SHRITA! I HAVE DONE SOME REVIEWS OF SHIRITA AND HER MUSES BOOKS SO I WILL PUT THE LINKS HERE FOR YOU TO CHECK THEM OUT:

THANKS FOR JOINING US FOR  WHAT WHO WRITES IS READING THIS WEEK! I CAN'T WAIT TO READ THIS SERIES, AND CHECK OUT SHARITA'S BOOKS IF YOU HAVEN'T, YOU WILL BE GLAD YOU DID!