HEY GUYS! I AM SO EXCITED TO TRY A NEW WEEKLY BLOG POST OUT TONIGHT! FUN FAN FRIDAYS WILL FEATURE A DIFFERENT AUTHOR EVERY FRIDAY, AND I WILL POST LINKS AND MY REVIEWS OF THEM SO YOU CAN GET TO KNOW THEM! THERE WILL ALSO BE A GIVEAWAY FOR EVERY ONE! COMMENT BELOW FOR A CHANCE TO WIN A BOOK THAT HASN'T BEEN RELEASED YET! DETAILS BELOW!
THIS SHOULD BE FUN, SO LET'S GET STARTED!


WHAT ROBIN MEANS TO ME:

I LOVE ROBIN REARDON! AS AN AUTHOR SHE IS NOT AFRAID TO TACKLE SUBJECTS THAT MIGHT BE TRICKY FOR SOMEONE ELSE, SUCH AS PAGANISM FOR A START. HER WRITING IS FULL OF HEART AND SHE CRAFTS A STORY THAT YOU WON'T SOON FORGET! HERE ARE THE BOOKS I HAVE REVIEWED OF ROBIN'S

BEC'S AND IF I FALL REVIEW

YOU GUYS ARE GONNA WANT TO CHECK OUT ALL HER BOOKS, TRUST ME! BELOW IS THE PUBLICATION PAGE OF HER WEBSITE!

NOW LET'S FIND OUT A BIT ABOUT ROBIN! 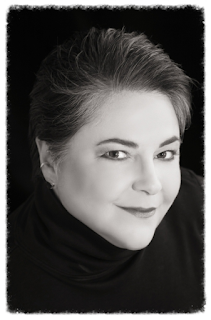 Robin Reardon is an inveterate observer of human nature,
creating stories about all kinds of people, some of
whom happen to be gay or transgender—people whose destinies
are not determined solely by their sexual
orientation or gender identity.
She writes endings that are realistically hopeful rather than sugary
and "happy ever after."
Robin was thrilled that early readers of her work were convinced
she was a gay man. Her motto is this:
The only thing wrong with being gay is how some people
treat you when they find out. In everything she
writes, she challenges stereotypes and misconceptions
about what it means to be LGBTQ+. She writes
endings that are realistically hopeful rather than sugary
and "happy ever after."
Robin has published six novels through Kensington Publishing
and has three independently published novels.
A Secret Edge was a finalist in the annual Lambda Literary competition;
The Evolution of Ethan Poe was on
the 2012 ALA Rainbow List and won first place in several Rainbow Awards categories;
and Waiting for Walker was awarded a cash prize by the North Street Book contest.
Her stories feature characters who are gay, lesbian, straight, bi,
gender queer, cisgender, trans, and intersex.
Robin has contributed work for LBGTQ+ charitable causes,
including a novella benefitting
The Trevor Project and a short story supporting author Brent Hartinger's
Real Story Safe Sex Project.
Interests outside of writing include singing, nature photography,
and the study of comparative religion.
Robin writes in a butter yellow study with a view of the Boston, Massachusetts skyline.

_________________________________________
I CAN'T WAIT FOR YOU GUYS TO KNOW ROBIN AS AN AUTHOR AND AS A PERSON,
SHE IS AMAZING EITHER WAY! THANKS FOR COMING FOR FUN FAN FRIDAY!
BE SURE TO ENTER THE GIVEAWAY BY COMMENTING ON THIS BLOG POST!
BELOW IS THE LINK  FOR INFO ON ROBIN'S NEW SERIES: TRAILBLAZER
AND BOOK 1 IS ON CHOCORUA AND IT RELEASES IN DEC! YOU CAN WIN A COPY OF
THIS BOOK BY LEAVING A COMMENT BELOW! ( IF GOOGLE DOESN'T LET YOU
COMMENT LET ME KNOW I WILL DO IT FOR YOU) THE GIVEAWAY IS A RANDOM
DRAWING, SO LEAVE A COMMENT PEOPLE! 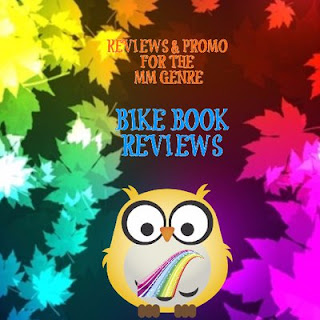 at November 02, 2018
Email ThisBlogThis!Share to TwitterShare to FacebookShare to Pinterest