HEY FRIENDS, I AM SO EXCITED TO BRING YOU MY RELEASE BLITZ POST FOR SMOKE IN THE MIRROROF THE ROAD TO BLISSVILLE BY AIMEE NICOLE WALKER! BELOW IS BOOK INFO, AMAZING GRAPHICS AND MORE: INCLUDING MY REVIEW AND AN EXCERPT! ENJOY GUYS!

BLURB
Memphis Sullivan thought he was coming to Blissville to help his cousin out, but instead, he gained three meddlesome females, a tribe, and a permanent home. More than a year later, he owns a popular comic book and vinyl record store and doesn’t think his life could get any better. That all changes when the star of his favorite television show and bad-boy fantasies rides into town and spices up his vanilla world.
Lyric Willows’ decision to visit an old friend in Blissville will change his life in ways he never dreamed possible. The paranormal investigator is immediately drawn to the mysterious disappearance of the town’s founder in 1850 and rumors that his former home is haunted. More alluring to Lyric than the history of Bliss House is the immediate connection he feels to the adorably geeky owner of Vinyl and Villains, who also happens to be his friend’s cousin.

Lyric becomes Memphis’s houseguest when he decides to stay in town to conduct a paranormal investigation. Tight spaces lead to sexy encounters, and before long, ghosts aren’t the only things that go bump in the night. The more they unravel about Anthony Bliss’s disappearance, the more tangled in one another they become. How is it possible for two virtual strangers to feel like they’ve known each other for their entire lives? Was their love written in the stars, or is it nothing more than an illusion?

Smoke in the Mirror is the fifth book in the Road to Blissville series. Each book can be read as a standalone book or part of the series. This book contains sexually explicit material and is intended for adults 18 and older. 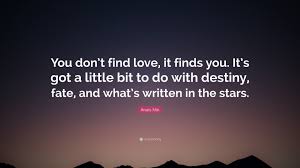 I adore The Road To Blissville series and I was thrilled with this addition as I knew I would be! Right when you start reading you know this is going to be a book filled with delightful encounters and two characters that pop off the page and straight into your heart!

Memphis has a major crush on Paranormal Investigator Lyric and he can hardly believe he will get to meet him! Little does Memphis know it may turn into much more than that! It seems that these two men are drawn to each other in a way that neither is prepared for, will they act on the attraction?

Lyric is used to the unexplained, but this attraction to Memphis is next level for sure! You will be rooting for these men at the same time you are enjoying catching up with the residents of Blissville! I can't wait for you guys to read this book, and Memphis's amazing taste in t'shirts is just one small reason! 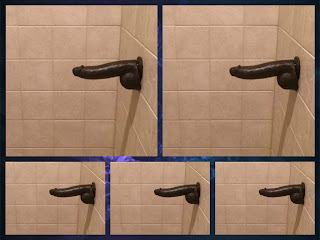 OMG I CAN'T TELL YOU WHY I DID THIS RATING, BUT I CAN TELL YOU THAT YOU WILL ALMOST PEE YOURSELF LAUGHING! TAKE A LOOK AT THE TEASER BELOW, (SO YUMMY) ALONG WITH AN EXCERPT YOU WILL LOVE!

EXCERPT
Three weeks passed with no word from Lyric. I would’ve taken it personally if he was communicating with Maegan during that timeframe, but she hadn’t heard from him either. I’d shamefully looked online for answers, but he had pulled another disappearing act. I accepted he’d changed his mind and moved on to a different town and haunted house. I’d kept my house spotless during the first month of waiting because I wanted to make a good impression on the man when he arrived, but I gave up on tidiness at the same time I gave up on him showing up on my doorstep.

“What the fuck are they doing here?” I whispered out loud. The Matrons were nosy as fuck, but they’d never unlocked the door and let themselves in. Then I heard a fourth voice join them, one so deep and raspy with the perfect amount of southern drawl, and it sent electric thrills coursing through my body. The slightest jerk with my right hand made me come hard enough for my toes to curl and my eyes roll back in my head.

“Memphis is probably sleeping,” Gertie said loudly from the bottom of the steps. She was the oldest, and mother of Sandra and Clara. Sandra was the one who owned the house I rented, and it was mostly furnished with her belongings. The only things I moved in were my clothes and my bed. Sandra moved in with Gertie after her husband’s sudden death a few years prior. Up until that moment, I felt exceedingly lucky to find such a nurturing landlord and two additional ladies to fuss over me.

“Surely not,” Sandra said. “It’s a Saturday night. He’s most likely busy doing something else.” Fuck me! “We were all young and single once.”

“Mom!” Clara admonished. She was the softest spoken and most demure of the three, but that wasn’t saying much.

“We love your show,” Gertie said, changing the subject. “Memphis is a big fan too.”

I KNOW YOU CAN'T WAIT TO READ THIS BOOK! BELOW IS A BIO AND SOCIAL LINKS FOR AIMEE, FOLLOWED BY A GIVEAWAY, DON'T FORGET TO ENTER!

I am a wife and mother to three kids, three dogs, and a cat. When I’m not dreaming up stories, I like to lose myself in a good book, cook or bake. I’m a girly tomboy who paints her fingernails while watching sports and yelling at the referees. I will always choose the book over the movie. I believe in happily-ever- after. Love inspires everything that I do. Music keeps me sane.
FACEBOOK
AMAZON
TWITTER
BLOG
NEWSLETTER

THANKS SO MUCH FOR JOINING ME FOR MY RELEASE BLITZ OF SMOKE IN THE MIRROR! NOW GO READ IT! :)

at July 12, 2018
Email ThisBlogThis!Share to TwitterShare to FacebookShare to Pinterest